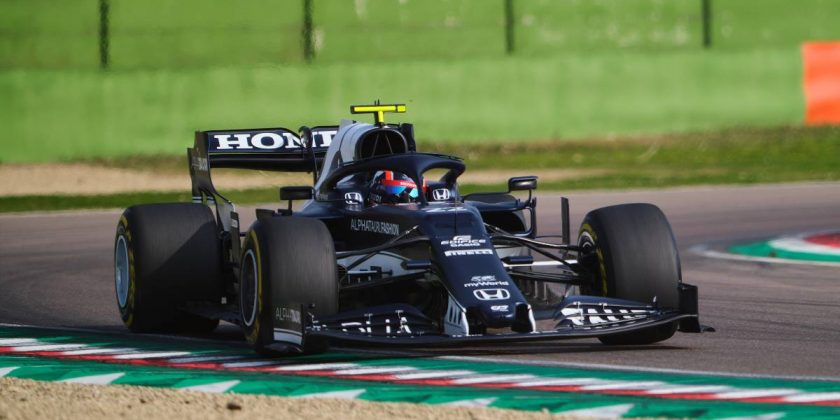 AlphaTauri believe their 2020 car was “the best the team have produced” – but are optimistic this year’s challenger will be able to match it.

The Italy-based outfit achieved their second ever F1 win in last season’s Italian Grand Prix via Pierre Gasly, 12 years after Sebastian Vettel had also triumphed at Monza when they were known as Toro Rosso.

But Gasly’s victory came with a large slice of good fortune and generally AlphaTauri were racing right in the thick of the midfield battle, often picking up points by finishing around P8 or P9.

Those sorts of results are likely to be what Gasly and his new rookie team-mate Yuki Tsunoda will be mostly battling for in 2021, although AlphaTauri have already expressed hopes that they can improve on last year’s P7 in the constructors’ World Championship.

“I really believe the AT01 [2020 car] was the best car the team have produced,” said AlphaTauri technical director Jody Egginton, quoted by the French version of Motorsport.com.

“The STR14 [2019 car] wasn’t bad, but the AT01 was very well developed during the season and its performances rewarded the hard work of all those involved.

“For 2021, the major changes to the car required the use of our two development tokens. Therefore, we decided to keep the survival cell.

“We believe the chassis and the power unit represented a good basis to work on and we were therefore satisfied to spend our tokens elsewhere for 2021.”

2021 squad 🤜🤛 comin' to a track near you soon pic.twitter.com/2yNOrVmTRe

As to where the tokens have been spent, they have gone on a new nose and the front suspension – and Egginton hopes AlphaTauri can adapt to the tweaks to this year’s aero regulations to claw back some of the downforce that has been lost as a result.

“The aero numbers have been affected by the aero change, but we have been working very hard to recover the lost performance and also to improve the aerodynamic operating window for the car,” added Egginton.

“This activity will continue into the season, with the split of resource between the 2021 and 2022 projects reviewed and adjusted as required to maximise the potential of both projects.

“At what point will the car be fast? That’s not something I would like to quantify at this stage. Overall, taking everything into account, I would say we will probably see a similar level of performance to mid-2020.”