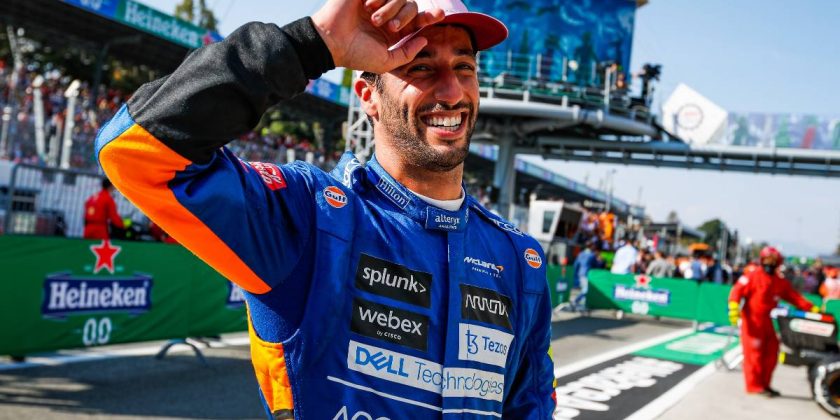 The Woking outfit pulled off the seemingly impossible in Italy, with Ricciardo leading home McLaren’s first one-two finish since Canada 2010.

Starting from the front row after a P3 finish in Sprint Qualifying, Ricciardo was able to snatch the lead from former team-mate Max Verstappen into Turn 1, keeping the Dutchman at bay from there.

A slow pit stop for Verstappen would later relieve Ricciardo of pressure, with team-mate Lando Norris crossing the line P2, a result aided by his daring overtake on Charles Leclerc at the race restart, following Verstappen and Lewis Hamilton’s race-ending crash.

The party was well and truly on for McLaren, well, except for the race winner.

“It’s been a while since we were able to celebrate a victory, that’s why it was important for me,” Seidl told F1-Insider and Sport1.

“We live on these emotions. It was great to see the energy that was released.

“The weekend in Monza was intense, even the evening at the track was quite long. Daniel then went straight to bed, so I took over the party with the guys at the bar.

“We then made up for the party [with Daniel] in Woking.”

After his struggles in the opening half of 2021, Ricciardo has looked much more like his usual self since the summer break, and Monza was that much-needed statement result which he has been capable of at McLaren.

As Seidl put it, that victory for his driver was “damn important”.

“For him the victory was damn important after the difficult acclimatisation,” Seidl explained.

“He has shown in the past that he is one of the best. That’s why we wanted him. I hope he returns to his old strength. We need two strong drivers to make the jump to the top successfully.”

Heading into Round 15 of the season, the Russian Grand Prix, McLaren hold P3 in the Constructors’ Championship with an 13.5-point buffer over rivals Ferrari.