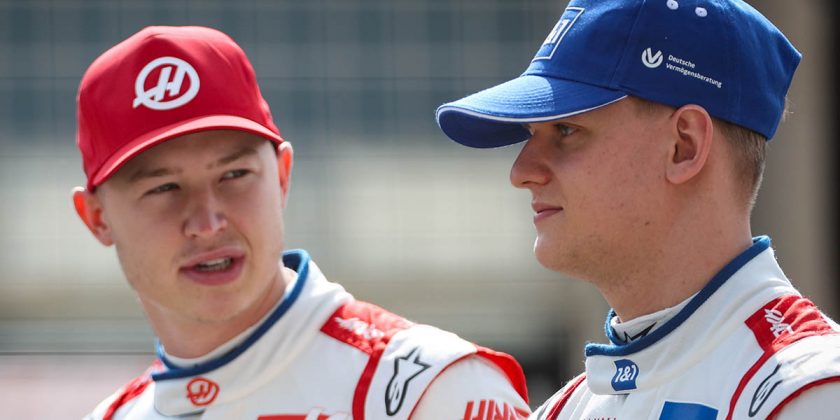 Haas boss Guenther Steiner has revealed Mick Schumacher and Nikita Mazepin are set to be announced as their 2022 line-up in the coming days.

Schumacher and Mazepin have been effectively cut off from the rest of the Formula 1 field this season due to the seriously uncompetitive VF-21 car they have at their disposal.

As a result, the duo have been locked in their own personal battle with tensions boiling over between them at various stages of the 2021 campaign.

But, even though they don’t particularly see eye to eye with each other, they are set to remain team-mates for another season at the very least.

“Mick should be confirmed soon,” said Steiner in an interview with RTL.

“Let’s wait a few more days, hopefully it will work out then. Then everyone will be happy and I won’t have to answer this question anymore!

“Until then [Sochi] we want to confirm both of them.

“Sochi would be the right time, then we could concentrate fully on next year after Sochi.”

While Steiner would not be drawn into the specifics of either deal with Schumacher and Mazepin, he categorically stated the team would be showing no favouritism between the pair: “That has never happened before. And there won’t be in the future either.”

F1 TV are offering PlanetF1 readers 10% off both monthly and annual subscriptions! In order to claim this fantastic discount, click the following link and use the promo code PLANETF10 at checkout!*

*The offer ends at midnight on September 26 and excludes Netherlands

The upcoming Russian Grand Prix at Sochi is effectively a home race for Haas given the financial backing they have received from the Mazepin family.

And Steiner, who can see a very busy weekend ahead for Nikita Mazepin, is intrigued to find out how much further Formula 1 can grow in Russia.

“I haven’t spoken with Nikita yet about it but obviously when I get there I will speak to him, if he’s got time for me!” Steiner said.

“I’ve seen his schedule and what he’s got to do, only for media, and the attention he gets in Russia it will be quite a demanding weekend for him but hopefully a lot of people support him.

“Obviously, he’s not racing for the championship like Max [Verstappen] is at the moment so the crowd may not be as big for him but I’m sure he has got a lot of fans there and let’s see what they come up with.

“I am interested myself in how far we can bring Formula 1 in Russia.”