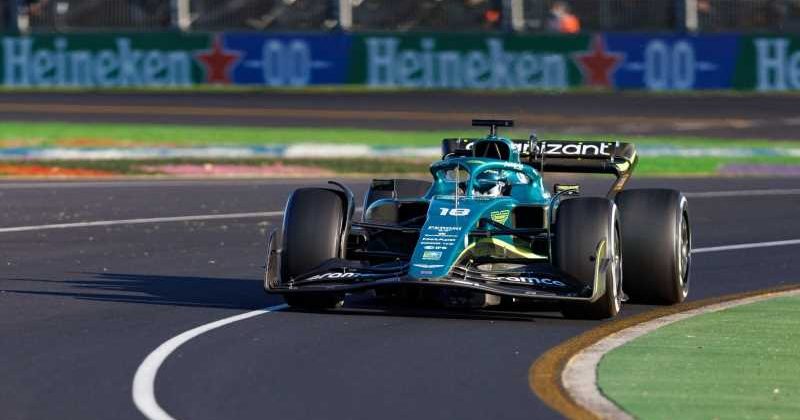 Aston Martin technical director Andrew Green said the team is working on fixing its porpoising issue before it can find pace elsewhere.

They are currently the only side without a point having been blindsided by the porpoising issue that appears to have affected them more than most.

While other teams were able to come up with solutions during testing and the early races, Aston Martin are still struggling to fix the issue which did not appear until the first test in Barcelona.

Green said when designing the car, the team decided to go “low and hard” because it “seemed like the right way to go” in order to maximise the amount of downforce the new regulations offer.

“It wasn’t possible to shoot in all directions in detail,” Green said as reported by Auto Motor und Sport.

“Instead, you try out different paths in the initial phase and see how they develop. To do that, you set a target where you’d like to end up with the field flow and the lap time. Where the jumps are the biggest and where you think it’s most likely to land at the target, you stay.

“That’s what the geometry of your car tells you. If you choose a different flow field than a competitor at the beginning, you’ll end up with two different cars.

“To [maximise the downforce], you set a vehicle height for yourself that you think will give you the most performance. Then the shape of the car evolves from that,”

“We went low and hard to the road. We could see the goal, so it seemed like the right way to go. None of our simulations suggested that it would give us a problem with the instability of the car.”

Green explained that this closeness to the ground has meant they have felt the effects of bouncing more than others.

“Some teams just don’t feel the bouncing as much because the flow field of their cars works with more ground clearance,” he said.

“Others that have gone our way are having big problems now because our cars lose massive lap times when they fall out of that vehicle height window that they were designed for.”

The 56-year-old admitted it would not be a quick fix but it needed to be solved before they could focus on other areas.

“It’s not an overnight job, it’s a complex process because you have to leave your development concept and take a different path.

“It is therefore extremely important to fully understand the problem of bouncing.

“We have now reached a point where we are confident that we can find a solution. Of course, that costs a lot of resources.

“It makes no sense to think about how we can make the car go faster in another way. First of all, this problem has to be solved. We know that this car can do a lot more. We just have to put ourselves in a position to tap into this potential.”