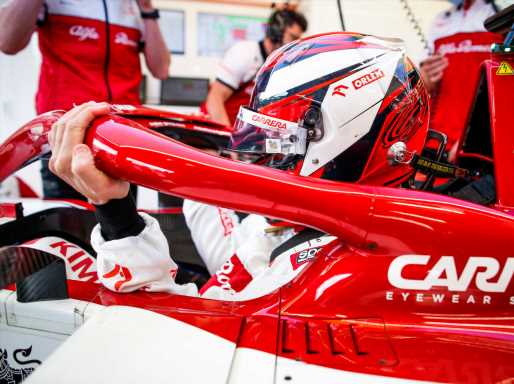 Ross Brawn reckons Kimi Raikkonen’s epic first lap at the Portuguese GP proves that the Finn still has what it takes to compete in Formula 1.

Raikkonen at 41 is the oldest driver on the grid, he’s also the most experienced having set a new record for most starts, raking up his 324th at the Portimao circuit.

That race saw the Alfa Romeo driver start from 16th place on the grid to run P6 by the end of the opening lap.

It has been hailed as one of the best opening laps in Formula 1, ever, as Raikkonen mastered the trickly conditions that even the likes of Lewis Hamilton found tough.

Unfortunately for Raikkonen, as the few drops of rain dried up, he began to fall back down the order and finished P11.

“We never doubted that Kimi still had that Finnish fire in his belly and when he was given a chance in Portugal, he demonstrated it,” Brawn told F1.cm.

“His first lap was remarkable, and an example of a savvy driver making the most of an opportunity, in very tricky conditions, with a package that is on the weaker side right now.

“I’m sure that first lap got his adrenaline and blood pressure going. It was wonderful to see.

“He’s such an iconic driver, a World Champion, and at 41, it’s clear there’s still lots of petrol in tank.”

Kimi's first lap in Portugese GP, he is like playing F1 game with 0% AI level. Whatt!!!

Raikkonen has yet to state whether or not he will be back on the Formula 1 grid next season with some reports claiming he’s already re-signed with Alfa Romeo although the Finn denies this.

Raikkonen’s decision, when it eventually comes, could have a knock-on effect at Haas.

The American team has already announced that both Romain Grosjean and Kevin Magnussen are out but has yet to say who will replace them.

Should Alfa Romeo stick with Raikkonen and Antonio Giovinazzi then Mick Schumacher is expected to head to Haas where he could partner either Callum Ilott or Nikita Mazepin.

Speaking about Haas’ decision to change its line up, Brawn said: “Haas are making a bold move by changing their drivers for next year. It’s always a balance between continuity and new opportunity.

“Romain and Kevin have been very entertaining drivers for Formula 1 for a number of years and have played their part in the American team’s journey.

“But it’s exciting to see Haas try a different direction and we’re intrigued to see who they decide to sign to drive next season.”