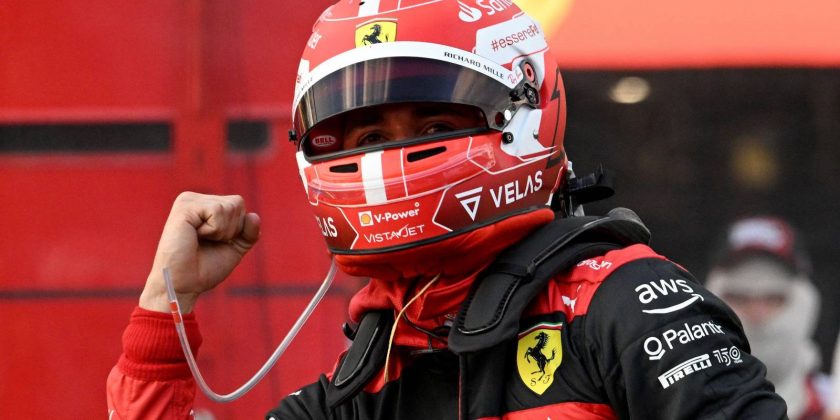 Charles Leclerc escaped punishment for driving too slowly, and so will keep pole position for the Australian Grand Prix.

Drivers are issued with a delta lap time they must not breach during qualifying if on an in-lap, a rule designed to avoid drivers moving unnecessarily slowly and posing a danger to any rival on a ‘push’ lap.

Leclerc claimed pole position at Albert Park, although that achievement was under threat once the stewards summoned him regarding possibly driving too slowly on an in-lap.

As it turned out, he did, but was cleared as heavy traffic had forced him to miss the target time, which meant the pole position is safe.

“The stewards heard from the driver of Car 16 (Charles Leclerc) and team representative and reviewed timing evidence,” the report reads.

“LEC started a lap intended to be a cool-down lap, not an in-lap, which would not be subject to the minimum time restriction of the regulation. Part-way through the lap, the decision was made to come in.

“During the lap there was heavy traffic and LEC took effort to ensure he did not impede other drivers on ‘push’ laps. These efforts significantly slowed his lap time.

“As a result, the minimum time was breached.

“The stewards accept the driver’s rationale for his actions; find he acted reasonably under the circumstances; and therefore take no further action.”

No further action for Charles Leclerc over allegedly driving too slowly on an in-lap, meaning he keeps pole.

Yuki Tsunoda though gets his third reprimand of the season for doing so.#F1 #AustralianGP

Zhou Guanyu was also investigated over the same issue – like Leclerc, receiving no punishment.

The other driver to be summoned was AlphaTauri’s Yuki Tsunoda, but he was not so fortunate.

The stewards determined he had breached the minimum lap time without any valid reason, so was given a reprimand.

That is his third reprimand in as many races at the start of this season, having received his first in Bahrain and another after Friday practice in Australia, both relating to impeding.

It is worth noting that should Tsunoda reach five reprimands, the result will be a 10-place grid penalty.

“TSU [Tsunoda] drove a slow in-lap at the end of the session without other traffic that impacted his driving,” the report from the stewards stated.

“The required minimum lap time was breached without good or apparent reason.

“The stewards, therefore, reprimand him for breaching the regulation.”