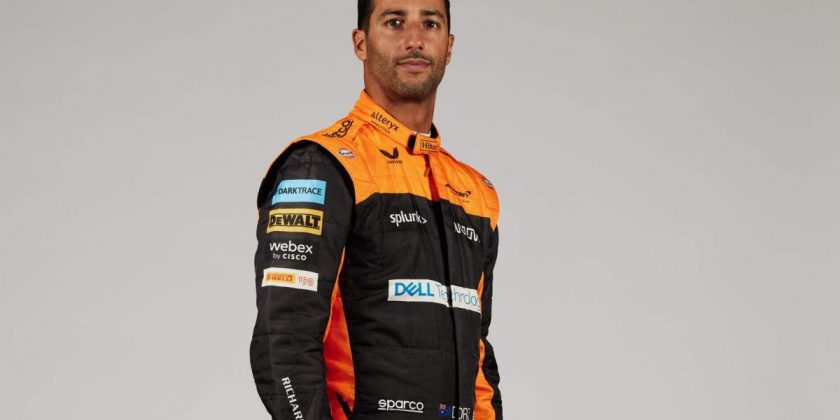 Daniel Ricciardo realised through his early McLaren struggles that actually, he didn’t know his strengths.

Ricciardo was hailed as a star signing for McLaren, the Woking team securing the services of a driver from 2021 that had won seven races during his time at Red Bull.

Now, he was to provide that race-winning experience to McLaren which they had been lacking in their driver line-up.

It took time though for the Aussie to find his footing, the first-half of the season being a story of struggle as Lando Norris in the other McLaren delivered performances that Ricciardo could rarely match.

A reset over the summer break did Ricciardo wonders though, with the 32-year-old then going on to win his first race with McLaren as he took the chequered flag at the Italian Grand Prix.

Norris did end the season 45 points up on Ricciardo, but Ricciardo’s performance level in the second-half of the season was much closer to the level expected of him at McLaren.

But it was an experience which Ricciardo reflects on in a positive manner, as his issues forced him to find out what really made him quick when he was on form, a question which he previously could not answer.

Speaking at the launch of McLaren’s 2022 challenger, the MCL36, Ricciardo said: “It’s kind of the beauty of some struggles is that there is always something to learn from a struggle or a mistake or an event… you learn through experience.

“Simply because yes, it kind of occurred to me that I didn’t really know my strengths.

“I knew that I could be very fast – but I thought maybe because I have got bigger balls in the high-speed corners and I just care less! I don’t know.

“But going through it, I realised okay, this is what made me fast in years past. This is what actually gives me confidence in the car, and this is actually where I’m better than others, in this part, and that was at times when I couldn’t do it in the car, so that’s kind of how I discovered that.

“I was trying to get the car to do that, like, this is what got me to the dance so to speak, let me do this and I’ll do well.

“But then there’s the reality of things not being an overnight fix, and I need to work on myself and adapt my style to get it going.

“I definitely learned my strengths. I think my weaknesses I guess became more apparent, but it was really the weird one figuring out why I was quick, why I’d been quick.

“I’ve gained some good knowledge with that now. I am sure there will still be some highs and lows, but I am sure I will be able to adapt better than in 2021… Hopefully, you’ll see me driving free as a bird in 2022!”

Ricciardo was busy throughout the 2021 campaign feeding back information to McLaren as he tried to bring 2022’s MCL36 more towards his liking.

Norris fortunately was also thinking along the same wavelength with his input.

But, while hopeful that it will have made a marked difference, Ricciardo is aware that the direction which he and Norris pushed for is not guaranteed to be optimal, since the 2022 cars have been designed to all-new regulations, one of the most significant shifts between seasons in Formula 1 history.

“From very early on, from when I first got into the car, I was relaying information on this is what is different to the Renault or the Red Bull, so I was already kind of feeding information,” Ricciardo explained.

“As we were more races deep in, I was still kind of not doing as well as I thought, so I was beating it a little bit louder. The positive was that Lando was also in agreement to that, and he would have like to have these attributes as well in the car, and what we could do with it.

“There’s a lot of emphasis on that for this year’s car, but it’s also a whole new car so we don’t know if that is also the best way to drive this car.

“I was beating [the drum], but the team also acknowledged that this is a strength of Daniel, he’s proven to be very fast, so we also want to give him this so we can also get the most out of Daniel.”