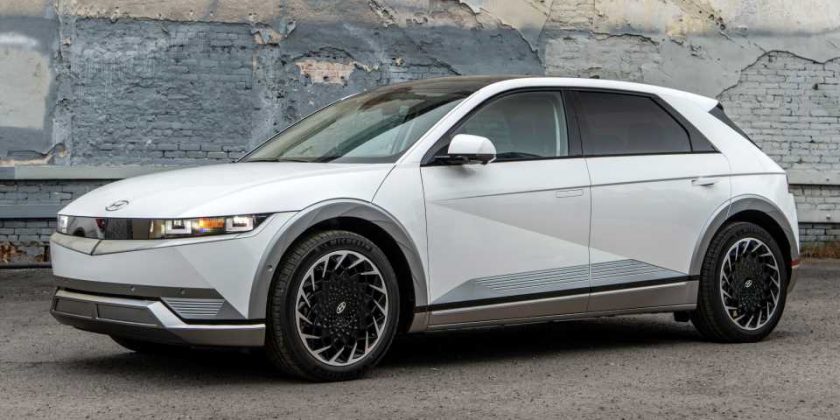 Conditions in the auto market are fraught at the moment, to say the least. Tight inventories of new cars have led to spiking prices, and some dealers have been marking up cars with “market adjustments.” In these hot trading conditions, Fort Mill Hyundai in South Carolina is purchasing stock from other dealers that don’t add markups, and is tacking on a little something for itself, as Branden Flasch recently discovered.

Flasch was browsing at Fort Mill Hyundai, and took a glance at the window sticker of a 2022 Hyundai IONIQ 5 SE. The price on the sticker comes to $48,781, quite the jump over the manufacturer RRP of just $45,290. That’s down to a $1,491 “Protection Package” complete with nitrogen-filled tires and exterior paint protection, and a $2000 “market adjustment” applied by Fort Mill Hyundai. The markup is particularly notable as the SUV was originally delivered to Johnson Hyundai in North Carolina, which does not presently add a markup to the IONIQ 5s it has on sale online.

Dealers moving stock around is no big deal, of course. It’s done all the time to ensure dealerships have the right cars on the lot to sell to customers coming in. However, it’s frustrating for customers to see that a car they could have bought at another dealer for a good price has now had an extra markup tacked on for the sake of a dealer’s profit-taking.

Fort Mill Hyundai is the exclusive dealer for the IONIQ 5 in South Carolina. It means that those frustrated at the markup have no other option but to buy out of state. In contrast, Johnson Hyundai is the sole IONIQ 5 dealer in North Carolina, but hasn’t taken that as an opportunity to mark up its inventory. The dealership also lists pricing in plain view on its website, making it easy to understand where the final figure is coming from.

Buying a car can be hard enough at the best of times. In this era, with added markups, limited inventory, and everything else going, many customers aren’t going to go to the hassle of buying a car out of state. Unfortunately, that means they could end up paying a hefty markup for their new car.

Of course, Fort Hill Hyundai is by no means the only dealer putting markup on a Hyundai IONIQ 5, of course. Twitter user @6463dc pointed out that Lithia Hyundai of Reno is charging a full $20,000 market adjustment on the IONIQ 5 SE, while suggesting that perhaps this implies the $2,000 markup at Fort Hill Hyundai was actually a typo and was supposed to be much worse.

In any case, it’s clear that dealers are seeing demand for Hyundai’s futuristic-looking electric SUV. While some are selling it at RRP, other dealerships have seen an opportunity and are scrabbling to tack on as much of an “adjustment” as they think the market will bear. If you’re in the market for an IONIQ 5, one thing is clear: it pays to shop around.