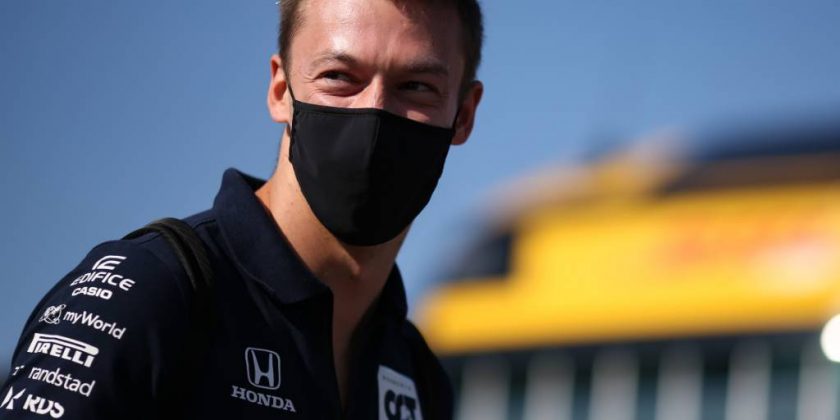 Daniil Kvyat isn’t at all concerned about the possibility of dropping out of Formula 1 again at the end of the 2020 season.

Previously dropped from the Red Bull programme, Kvyat was brought back into the fold at the same time as Alex Albon to drive for Toro Rosso at the start of the 2019 season, and now a year-and-half later, both are in danger of being booted out again.

Kvyat has had a difficult season with the team now known as AlphaTauri and finds himself P14 in the Drivers’ Championship with 14 points to his name.

His team-mate Pierre Gasly meanwhile has scored 63 points to give himself an outside chance in the fierce batte for P4 in the Drivers’ Championship this season.

Perhaps if there were no obvious contenders for Kvyat’s seat it would be less of a concern, but F2 star Yuki Tsunoda by AlphaTauri’s own admittance will be in their line-up sooner or later. And with Gasly confirmed for 2021, that doesn’t sound good for Kvyat.

However, Kvyat really isn’t concerned about the situation, after all he has been through this all before.

Instead he is just going to do the best job he can for the rest of the season, and if that isn’t enough to earn him a seat in Formula 1 for 2021, then “so be it”.

“Look, honestly, I’m not at all like worried,” he told Motorsportweek.com.

“Everything is still open. It’s in these crazy conditions, you know, everything can happen. You need to keep fighting until the end, take your chances.

“I’m just doing my best, my best in these five races remaining. And then, whatever will happen, then I will make my decisions based on what it’s going to be at the end of the year.”

Sometimes you have good races and sometimes you have bad ones, and today was a bad one for me. We have to analyse it and see what happened on those first few laps with the tyre temperatures and come back stronger next week.#F1 #PortugueseGP #DK26 pic.twitter.com/GppleSG2O4

After winning the GP3 title in 2013, Kvyat was promoted to the Toro Rosso F1 team for the 2014 season, making his debut at the 2014 Australian Grand Prix.

For the following season he was promoted to the Red Bull team after the departure of Sebastian Vettel, finishing above Daniel Ricciardo in the 2015 Drivers’ Championship, though after the 2016 Russian GP Kvyat was demoted back to Toro Rosso before being dropped completely from the programme at the end of the 2017 campaign.

He would be recalled though for the 2019 season to rejoin the Toro Rosso team where he remains under their new identity as AlphaTauri.