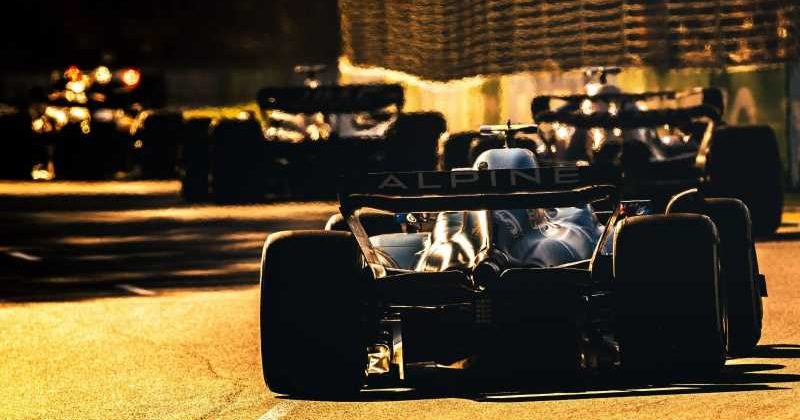 With the benefit of hindsight, multiple drivers felt that the fourth DRS zone would have made for a better Australian GP.

Formula 1 made its return to Albert Park for the 2022 Australian Grand Prix, the first visit since 2020, in which time the track was reprofiled with several corners changed or widened.

This was done to improve the racing action and the changes did lead to more overtaking, while a record four DRS zones were initially active in a bid to provide a further boost.

Prior to FP3 though, the decision was made to remove the one between Turn 8 and Turn 9 due to safety concerns.

Max Verstappen was quick to express his disappointment regarding the decision, and looking back at the race, more drivers have joined him in agreeing that the DRS zone would have made the race better if it had stayed.

First up was Esteban Ocon, the Alpine team-mate of Fernando Alonso, who was reportedly the main advocate for the DRS zone to be axed.

Ocon did accept that it was a safety risk, so in that sense, it was “good to get rid of it”.

But on the flip side, he felt it could well have brought a benefit for the racing.

“To be honest, I missed the fourth DRS zone,” he told Motorsport.com.

“I know it was dangerous to have it, but that was the place where I came closest every time. However, it is quite risky to make a move at such a high speed, so I understand that it compromised safety and it was good to get rid of it. I think it caused us to miss some of the action.”

“I also regretted that it was removed, the racing could have been better,” added Red Bull driver Sergio Perez.

Daniel Ricciardo was already well accustomed to the redesign work which had happened, since he was one of the drivers consulted for it, and of course, the Australian Grand Prix is his home race.

And if that DRS had have stayed, he too believes the racing would have benefited.

“With a DRS zone towards Turn 9 we would definitely have had more overtaking,” he said.

“Shortly after the restart I saw Lando Norris come close to Kevin Magnussen at Turn 9. With an extra DRS zone I think overtaking would have been possible, there would have been something more.”