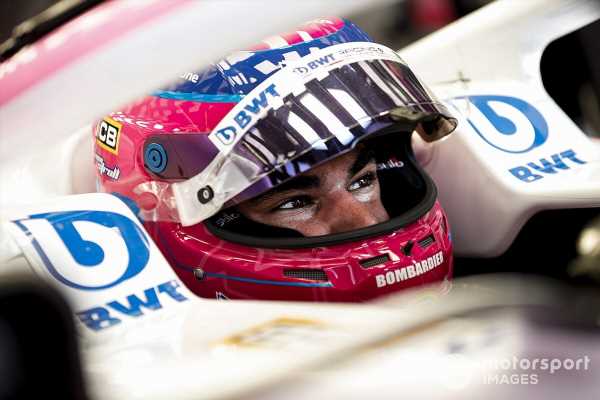 Stroll has not scored a single point since he finished on the podium at the Italian Grand Prix in September.

He crashed out in Tuscany and Russia and has enjoyed little luck since illness, subsequently confirmed as COVID-19, forced him to miss the Eifel GP.

In Portugal he was involved in incidents with Red Bull’s Max Verstappen in practice, and with McLaren driver Lando Norris in the race.

At Imola he lost his front wing in first lap contact with Esteban Ocon, and later he blamed cold brakes when he stopped long in his pit stop, sending the team’s front jack man flying. He finished out of the points in 13th.

At both races he was comfortably outqualified by teammate Sergio Perez.

Green says that COVID-19 hit Stroll harder than the team had suspected, and believes that the Canadian’s huge crash in the Tuscan GP at Imola also took its toll.

“Obviously he’s not where he was, for sure,” said Green. “From where he was at Monza, to where he is now, there’s definitely a lack of confidence, which we’re going to have to work on over the next week or so to try and get him back again.

“I think the illness did knock it out of him, that’s something that we hadn’t really foreseen.

“We had heard about the length of time it can take to recover from the illness, and I think it is taking some time.

“I think he just needs to get his confidence back again, and believe in himself again. And we’ll get the Lance back that we had for the first two-thirds of the season.”

Expanding on the causes, Green said: “He’s obviously taken quite a battering physically and mentally. It was quite a big accident in Mugello. So I think that that probably dented his confidence.

“Physically, we thought it would be difficult at the last race to jump back in. I think that was true. I think now mentally he’s just not where he was a few races ago. But I think he needs to get a couple of races under his belt, which is what he’s done now.

“I think it is really, really fine margins. And if you’re not on top of the car, and understanding where the tyres are, and getting them in their sweet spot, you can be made to look like an idiot.

“And we need to get him back onto track. We can do that. We’ve got the tools, we’ve got the people.

“I think half of it probably just needs a bit of an arm around him and a bit of a hug and saying, ‘Come on, let’s pull yourself together now and let’s get on with it, do the last few races and let’s try and get back to third in the championship.’

“I think he’s more than capable of doing it. It’s a bit tough on him at the moment.”

Green admitted that Stroll wasn’t helped at Imola by a set-up choice that the driver requested, which led to the team replacing part of the recent suspension update package with the earlier version.

“He actually went back on a portion of that suspension for this race. And I think in hindsight, he now realises that was probably a bad move.

“I think that’s all part of a bit of a lack of confidence at the moment, and questioning now where the car is and what’s changed,  and making sure that it’s not something we’ve changed.

“The previous version was a bit too slow, basically, he thought it wasn’t fast enough. So he wanted it more reactive, and we made it more reactive. But now it’s too reactive. So we’ll have to go back. Now he’s learned the lesson.”