Dan Ticktum drove a Formula 1 car for the first time at Silverstone on Tuesday as his prize drive for winning the 2017 McLaren Autosport BRDC Award.

After an installation lap on intermediate tyres, Ticktum undertook four runs of five flying laps each in a 2013 McLaren MP4-28 – rather than the ’11 Canadian Grand Prix-winning MP4-26 driven by recent MABA winners Lando Norris and George Russell.

Ticktum told Motorsport.com: “Everyone will say it who’s done it, but it is impossible to put into words [how driving an F1 car feels].

“It’s been hard work with a lot of ups and downs but to be sat in an F1 car is more than a dream. I feel like I’ve completed my life almost, I’m just so happy!

“[The experience] is like taking everything in Euro F3 and then doubling it. All the techniques to drive it, I’ve noticed there’s quite a lot of similarities, some of which you’d expect. But the noise is just incredible and I won’t ever forget that – my first time driving an F1 car.

“The first few laps were about progression, and I’ve just built up over the runs. I was having a few snaps [of oversteer] through Maggotts so I was getting close.”

Amelia Lewis, a McLaren graduate engineer who ran the test, added: “What we were looking for, more than a laptime, is seeing his consistency as well as his improvement between runs.

“He built up his confidence in the car, so between his first run and his quickest he gained five seconds which is what we’d expect to see.

“He went flat through Turn 1 [Abbey] which is the benchmark here, really.

“We were obviously really impressed with what he was doing so we wanted to make sure he got the opportunity to do all of the runs. I think everyone in the team is impressed with how he’s performed.”

Ticktum’s runs were watched by 2018 MABA finalists Jamie Caroline, Max Fewtrell, Kiern Jewiss and Tom Gamble ahead of their evaluation tests at Silverstone later this week. 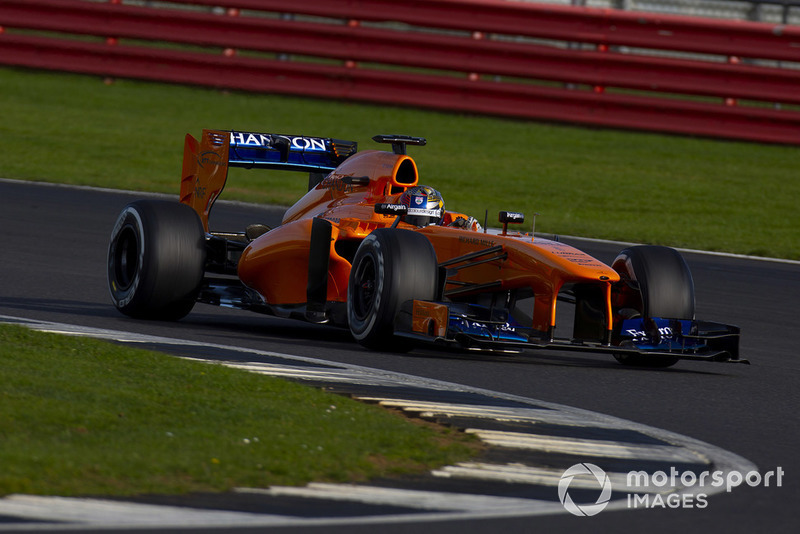