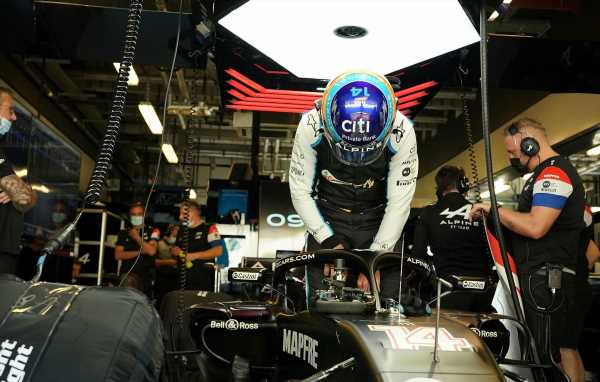 Although he wouldn’t change it, Fernando Alonso acknowledges he “lost a few things in life” through being a Formula 1 driver.

Now gearing up for his 19th season in Formula 1, Alonso was just 19 years of age when he made his debut with Minardi in 2001.

In his 333 starts the Spaniard has achieved 32 wins, 98 podiums and he has won two World titles.

But with his success, and longevity in the sport, he concedes it did not afford him a “normal life”, especially when it comes to being at home.

Asked if he had missed out on things because of F1, the 40-year-old told the Beyond The Grid podcast: “I would say yes, but [I am] not clear on if I go in detail what I missed or what it cost in my normal life.

“I will not be able to say exactly what I missed or what I lost. For sure, when you are in the paddock when you are 19, and now I’m 40, I’m sure I lost a few things in life.

“Obviously you are away from your family for most of your life and friends, and maybe you lose some of them.”

He added: “When you enter here [in F1], you are just living a dream that you started when you were a go-kart driver, and you aim to become a Formula 1 driver.

“Then you arrive here, and you are ready to sacrifice whatever comes with that dream.

Alonso stepped away from the Formula 1 paddock at the end of the 2018 season, declaring his unhappiness with Formula 1’s playing field and how slanted it towards just a handful of teams.

While away from F1 he competed in the Dakar rally, won the 24 Hours of Le Mans for a second time, competed in the World Endurance Championship, and tried for a third time to win the Indianapolis 500.

“I tell you, those two years, they were so intense,” he said.

“I was changing cars every weekend. I was driving for Toyota in the World Endurance Championship, but the following week I was in Doha with the Dakar car, surfing the dunes, learning how to drive in [the] sun.

“And then the following week, I was in Indianapolis with the oval racing, and this was a very, very intense two years [of] switching cars and always having a steering wheel in my hands.

Alonso will remain with the Alpine team in F1 this year, lining up alongside Esteban Ocon.