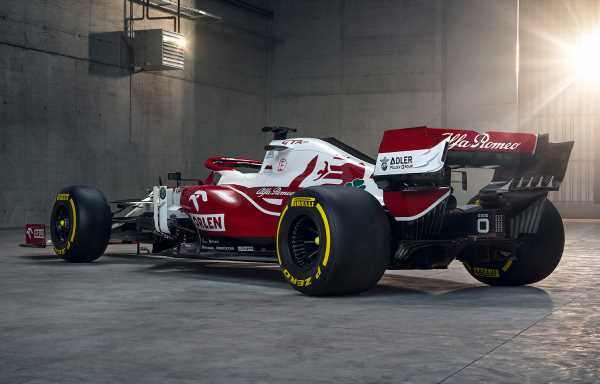 All three Ferrari-powered teams suffered in 2020, the Scuderia hardest hit by the FIA’s late 2019 technical directives.

Governing fuel flow and oil burning, Ferrari’s power unit lost power and pace with Ferrari, Alfa Romeo and Haas all slower down the straights in 2020 than the previous season.

It showed in the results. Ferrari fell to sixth in the championship with Alfa Romeo P8 and Haas ninth.

This year, Alfa Romeo will again be powered by Ferrari – but Vasseur is expecting a very different engine for his C41.

“The collaboration with Ferrari is, I think, going very well,” he told Motorsport.com.

“We had a strong meeting, a long meeting over the winter to cover the points of last year when perhaps we didn’t do the perfect job.

“We are on a good path. I think on their side, they will recover probably a large part of the issue we had last year, and collaboration is getting better and better.

“In the scope of the regulations, we have to play with this and we have to do the best job we can do.”

However, it is not just Ferrari that needs to bring improvements to the table.

Last year, Alfa Romeo struggled with aero correlation and tyre management – something Vasseur hopes they have fixed with the newly-launched C41.

Vasseur added: “I think the philosophy upon which the team is based remains the same – we have to do a better job tomorrow than we are doing today.

“We finished last season in P8, so we have to target a better result in 2021. To do so, we have to keep improving in each department, trackside and back at HQ.”