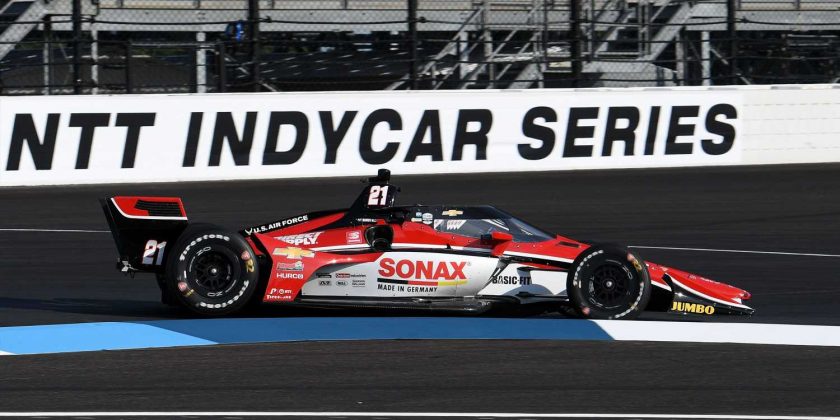 If there ever was a good opportunity for an influx of one or more additional engine manufacturers into the NTT IndyCar Series, now would appear to be the right time.

Of course, we’ve heard this before. IndyCar officials dating back to at least 2016 have been telling anyone who has asked, including Autoweek, that the series was actively seeking to attract a third (or even fourth) engine manufacturer. The 2018 aero kits were a key, officials said, to bringing in a new manufacturer.

A lot of dating. No marriages.

Now, the series hopes its new hybrid vehicle scheduled to debut in 2023 will attract manufactures to rival Chevrolet and Honda. It’s the most significant upgrade for the series in several years, which is also a reflection of the increasing success and popularity that the sport and series is enjoying over the last few years.

But despite all the positivity, both currently and on the horizon, the hoped for addition of an additional engine manufacturer—or more—is unlikely for 2023 and potentially even longer. The 2023 hope in particular is all but over as it would likely take well over a year for a new engine manufacturer to develop a powerplant that would be competitive with both Chevy and Honda.

Autoweek recently spoke with several individuals within the sport, from series officials to representatives of Chevrolet and Honda, as well as representatives from some of the most frequently named automakers that currently do not have a presence in IndyCar. We wanted to get their take on if/when or whether at all we will soon or eventually see a third (or more) engine manufacturer enter the sport.

Even though IndyCar officials remain quite hopeful that the series will indeed someday soon see a third (or more) engine manufacturer, the reality is that no manufacturers appear ready to make a commitment of multi-millions of dollars into engine development as well as to also formulate a plan to attract current or new IndyCar teams to join any type of new fledgling engine program.

Here are how officials currently affiliated with the series responded:

“Last year’s multiyear extension with Chevrolet and Honda was a tremendous sign of the stability of the NTT IndyCar Series,” IndyCar president Jay Frye said. “Another sign is our expanding entry list. This year, we had 28 entries at the Big Machine Spiked Coolers Grand Prix, which is the most for a non-Indy 500 in 10 years. As we have stated in the past, a third OEM (original equipment manufacturer) is not a luxury but a way to support our existing partners. It is a great problem to have and we work towards a solution every day.”

“With the investment of an additional OEM the paddock would benefit tremendously, and all of us at Chevrolet welcome anyone to the competition,” said Robert Buckner, Chevrolet Racing Engineering IndyCar program manager. “We race to compete and would love to see an additional manufacturer join us and Honda. It would really lift the value of IndyCar teams and make each success more gratifying.”

When asked if this is an optimal time for a new engine manufacturer, Buckner replied, “Absolutely, we have been developing our 2.2L Chevrolet V6 engine for 10+ years and it would be hard for someone new to come in during an existing era. The 2.4L and hybrid is a reset to allow any interested OEM an opportunity to enter on a level playing field. I feel that Chevrolet, Honda, and IndyCar together have built a solid framework with a 3rd OEM in mind, we all are very supportive as it would help us in terms of car count and engine program size. The electrification aspect of the upcoming 2.4L hybrid era aligns with where the auto industry is heading and is an important piece to IndyCar attracting additional investment.”

In conclusion, when asked how adding a third (or more) engine manufacturer would potentially help make the sport even more competitive, Buckner added, “It would raise the bar for sure—but it would be a shame to undersell the fierce competition between Chevrolet and Honda right now. We push each other to the extremes and it is hard to stay competitive right now in IndyCar with how close the field is. An additional manufacturer would add an additional ideology and approach to how they go IndyCar racing and it would only make the racing product better. Ideally we would all start at the same time with the 2.4L hybrid era debut in 2023, but I am sure if someone needs to come later that everyone involved would be accommodating.”

“Adding a third (or fourth) engine manufacturer would benefit the entire sport of IndyCar racing, and would be welcomed by Honda,” said Chuck Schifsky, manager, Honda & Acura Motorsports. “It would further raise the visibility of the series and each manufacturer, while raising competition to an even higher level than it is now.”

Schifsky said Honda is especially excited about the upcoming hybrid motors in IndyCar: “With the popularity of electrified vehicles increasing with passenger car customers, we feel the time is right to switch to electrified power units in IndyCar.”

As for other manufacturers who are currently not involved in IndyCar, here are their respective replies on whether they have any interest to join the series at some point in the near future:

“Although we see the rumors out there as much as anyone, Ford does not have any plans to join the IndyCar series at this time,” Mark Rushbrook, global director, Ford Performance Motorsports. “We keep up with what the major racing series are doing around the world and are always open for conversations about the future, but open wheel racing is not something in our plans for the near future.

“We are certainly interested in hybrid and fully-electric powertrains for racing since the industry is rapidly moving in that direction and we want to continue to use our racing program as a means to help Ford Motor Company develop the next generation of vehicles for consumers. Right now, however, we are more interested in production-based racing efforts that are moving in that direction, like the 2022 hybrid Ford Puma for the World Rally Championship for next year, the all-electric racing series that NHRA is moving forward with, and even the 2022 NASCAR Next Gen Mustang, which will give us the flexibility of hybrid or all-electric powertrains in the future.

“We have built two high-performance, all-electric demonstrators in the past year—the Mach E 1400 and Cobra Jet 1400—which are providing great learnings for our engineering group as we look forward. And we keep looking at other opportunities. We wish IndyCar well. They have great racing, but it’s not in our plans for now.”

“Toyota and TRD are always having discussions within the garages that we currently compete as well as with other sanctioning bodies to ensure we keep up relationships and maintain a finger on the pulse of U.S. motorsports,” said David Wilson, president of Toyota Racing Development.

Toyota left Indy car racing after a run in U.S. open-wheel racing from 1994 through the 2006 season.

“We enjoyed our previous experience with CART and IndyCar and trust that under Roger Penske’s stewardship, IndyCar will continue to prosper. Right now, however, our focus is on our competition in NASCAR, IMSA, SRO, NHRA, Formula Drift, USAC, POWRi and Championship Off Road Racing.”

“As a brand actively participating in, and with a long and storied heritage in motorsport, Nissan is constantly looking at all motorsports categories with interest, including IndyCar,” said Tommaso Volpe, Nissan global motorsports director. “The move towards electrification (with hybrid technology) makes IndyCar even more appealing. We believe that the entry of a global brand like Nissan in IndyCar would benefit the series.

“Having said that, we have no plan at the moment to join the current OEMs involved in IndyCar. We are busy with our current programs in Formula E as a key pillar to showcase our commitment to electrification, along with SentraCup in Canada and SuperGT in Japan.”

Lastly, there have been several rumors and reports over the last few years that McLaren Racing was eyeing potentially developing an engine for Formula One, and potentially IndyCar competition as well.

Those rumors and reports received increased attention when McLaren earlier this year purchased a 75 percent controlling interest in the Arrow McLaren SP IndyCar team, effective by the end of this year. The company also announced it will be expanding into the Extreme E series next year.

Here is a statement the company released to Autoweek about any potential interest in developing engines for IndyCar:

“While McLaren Racing is not a power unit manufacturer, and has no plans to become one, Arrow McLaren SP enjoys a strong, successful relationship with Chevrolet in IndyCar,” McLaren said in a press statement. “McLaren believes that any new brand entering the series can only increase the level of competition and be good for the growth of the sport.”

So, even though there remains a semblance of support for IndyCar by other manufacturers not currently participating in the sport, there also appears not to be enough interest—or the desire to spend upwards of high eight or even low nine figures—to develop a full-fledged engine program for America’s premier open-wheel racing series.

As Frye said, the series will continue its current policy of having periodic discussions with external manufacturers to gauge whether there has been a shift in interest and potential involvement of joining the sport.

While it is far too late for a new engine manufacturer to enter the sport for the 2023 season now—development of a new engine program can typically take up to 18 months—there’s also a school of thought that once the new hybrid vehicle hits the track and either meets or exceeds IndyCar’s expectations, at least one or more of the manufacturers currently sitting on the sideline may then decide it’s the right time to jump in with both feet.

If that happens, it likely won’t be until probably 2025 at the earliest. But we anticipate it will happen, IndyCar fans. You just have to remain a bit more patient.