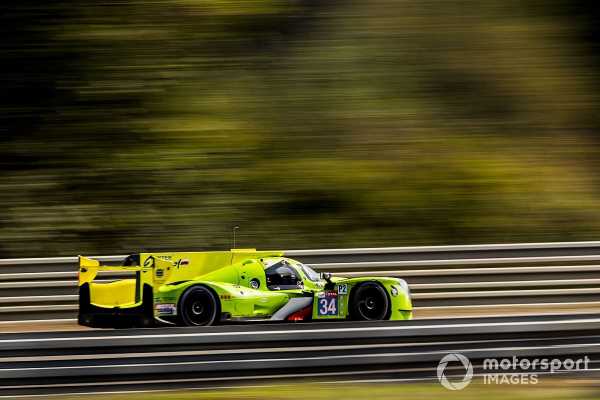 Inter Europol Competition has entered this month’s Petit Le Mans, marking the team’s first race with an ORECA LMP2 car and its first entry in the IMSA WeatherTech SportsCar Championship.

Sascha Fassbender, team manager, explaining its latest venture, said: “We have been looking at a couple of things over the last months. One was expanding our business. And now that the LMP3 is admitted in the IMSA championship, we want to have a look at what that might mean for us.

“We are fully aware that in these difficult times with restricted traveling that going to the U.S. should not make much sense. But we cannot stop because of COVID-19; we have to push forward.

“Then came the opportunity to do this, so we did. We have tested with an ORECA before, but never raced in one.”

The team’s three drivers for the 10-hour / 1000km event will be the team’s regular pilot Kuba Smiechowski, and Americans Rob Hodes and Austin McCusker.

Said Smiechowski: “It has always been my dream to race in America in a few weeks’ time, my dream will come true.

“It will be a very steep learning curve, especially with the ORECA LMP2, but I am looking forward to it. We always seem to make bold moves with this team. And we can, because we have a really good team of dedicated mechanics and other staff.”

McCusker, who was due to join the team for the 2020 ELMS season in LMP3 car, commented: “I’m looking forward to getting into an LMP2 car for the first time. It will be a big step for never running the car before at Petit and being out of a seat for around eight months.

“But I am confident with the team and everyone surrounding us that I will be able to adapt quickly and we can push for some strong results.”

Hodes added: “This is an exciting number of firsts. For the team it’s their first race in America and in an ORECA. For me, it’s my first and longest race in a P2 car.

“I can’t wait to get going and look very much forward to a productive synergy with everyone on the team!”