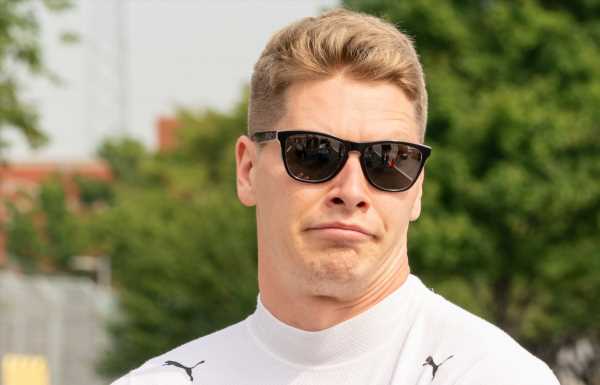 Although the dream as a youngster was to compete in Formula 1, Josef Newgarden has no regrets that it didn’t happen saying the sport is not a “driver’s championship”.

Moving into the GP3 series back in 2010 with the Carlin team, the American was tipped as a future Formula 1 driver.

But, failing to make an impression in the junior series where he was P18 and 80 points behind championship winner Esteban Gutierrez, Newgarden returned to American to join Indy Lights.

He stepped up to IndyCar the following season and, as they say, never looked back.

“For me the allure of F1 I think is the gravity of the cars,” Autoweek quotes him as having said during this week’s NTT IndyCar Series pre-season media days event.

“When I think about F1, I think about a manufacturers championship, trying to build the quickest cars that you can within – I should say within an unreasonable budget. That’s what was exciting about it.

“The older I’ve gotten, the more I’ve been in racing and watched Formula 1, I don’t know it’s somewhere I really want to race.

“It doesn’t look as much of a driver’s championship to me.”

The 31-year-old though would still like to “experience” an F1 car.

“It’s a very impressive championship, it always has been,” he added. “It’s something I would certainly like to do.

“I’d like to drive everything that I could to have the experience. Then I’d have more first-hand knowledge to really speak on it.”

This season there will be five former F1 drivers lining up in the IndyCar series while former F2 drivers Callum Ilott and Christian Lundgaard have also made the move after failing to secure a F1 race seat.

“I think IndyCar is really where you’re going to get the most competitive product as a racing driver,” Newgarden added.

“When you’re a driver at the top level, you want to have an opportunity to compete, to win the championship, to win big races regardless of your situation.

“I think unfortunately that’s not present in Formula 1. So from that standpoint, it’s not as appealing. But I’d never say never on anything. You just never know how this stuff shifts.”