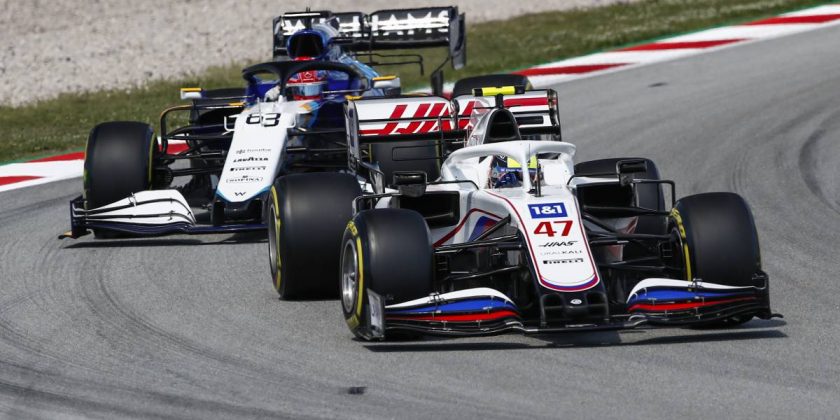 Jost Capito has expressed his admiration for Mick Schumacher – and declared an interest in taking him to Williams in the future.

Schumacher, racing for Haas, and Williams have been direct rivals throughout the young German’s debut Formula 1 campaign, vying towards the back of the field.

Although he has yet to score a World Championship point, the 22-year-old has impressed on several occasions – and never more so than when he reached Q2 at the Turkish Grand Prix last time out.

Haas and Williams are both among the nine of 10 teams who have finalised their driver line-up for 2022, with Schumacher remaining in situ alongside Nikita Mazepin.

Nicholas Latifi’s new team-mate at Williams will be Alex Albon as George Russell is moving to Mercedes.

But 2023 remains open and with Williams improving after a dismal time over the past few seasons, Capito, their managing director and team principal, would like to see a driver and fellow countryman whom he sees as being capable of achieving F1 success getting into what he hopes can be a race-winning car.

“I have to say Mick is doing an excellent job,” said Capito during an interview with RTL.

“He’s a driver to keep an eye on, he’s a nice guy and really deserves to be in a car he can win with.

“I’m confident that will happen. If that were a Williams, that would be even better!”

The next challenge for both Schumacher and Williams will be the United States Grand Prix in Austin, where the Haas driver hopes to build on the confidence boost he received at Istanbul Park by outpacing Daniel Ricciardo and both Alfa Romeo cars in merit on qualifying.

It also lifted the morale of the entire American-owned Haas team as they prepare for their home race.

Team principal Guenther Steiner said: “I was obviously happy for Mick that he got it done but also for the whole team because we’ve had very few on-track highlights, and having something like this assures you we can do it, that we can execute when we get the opportunity.

“I think this will have an impact in the next races for the team because they got some of the confidence back that they maybe lost a bit over the year, and hopefully we can have another moment like this in 2021.”