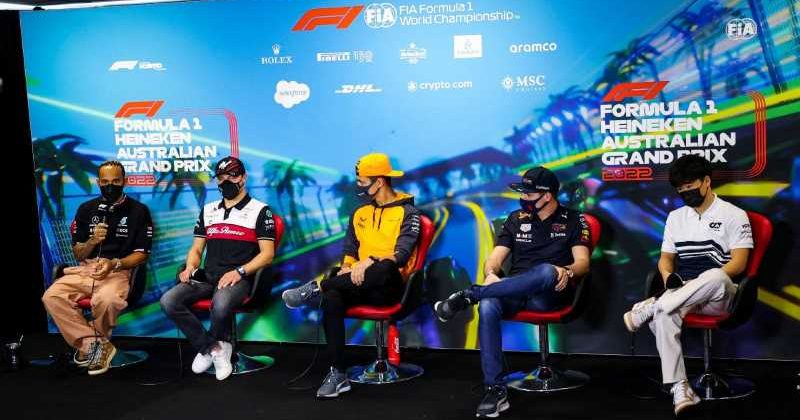 Lewis Hamilton and Max Verstappen have been joking together at a press conference about the FIA’s reminder on body piercings.

Australian Grand Prix race director Niels Wittich felt compelled to include a mention of the rule regarding the wearing of jewellery while driving in his event notes for the race at Melbourne’s Albert Park.

It is reported to have been triggered by drivers being spotted with items of ‘bling’ on their person while in the cockpit, which is considered to be a safety issue in case it causes injury in a collision.

The relevant note in the FIA’s International Sporting Code reads: “The wearing of jewellery in the form of body piercing or metal neck chains is prohibited during the competition and may therefore be checked before the start.”

A fine would be the likely punishment for any driver found to be in breach of the regulation.

Hamilton, for one, has been photographed wearing a nose stud while driving his Mercedes.

A topic raised at a press conference featuring Hamilton, Verstappen, Valtteri Bottas, Lando Norris and Yuki Tsunoda, the two 2021 World Championship rivals showed there is not too much wrong with their relationship by joking about piercings.

“I’ve got certain piercings I really just can’t take out, that not many people know of… nah, I’m kidding,” said Hamilton.

Bottas then quipped that the “stewards can take it off”.

Verstappen: “I would be too heavy if I wore jewellery, so it’s not possible.”

Hamilton, smiling: “I know you have a nipple piercing man, come on.”

Verstappen, laughing: “You want to see it again?”

First instigated in 2005, the ruling on piercings is reported to have had “lots of instances” where drivers have failed to comply and is not aimed at any specific individual.