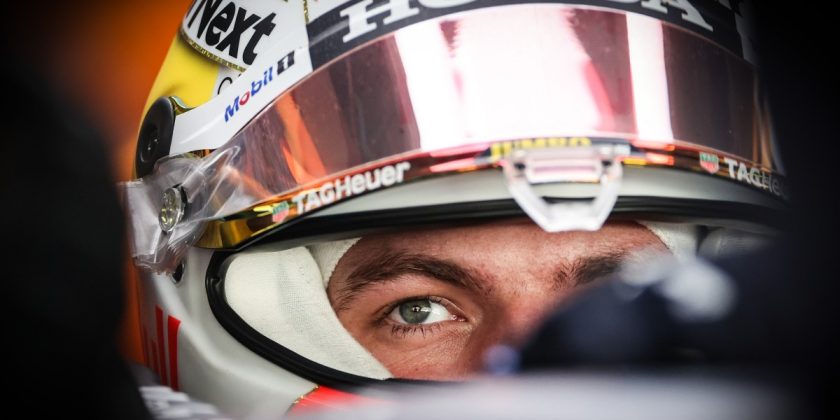 Max Verstappen should be in the race to defend his World title this season, unless Red Bull get the new rules horribly wrong, says former F1 driver Perry McCarthy.

But even if they get it “a little bit” wrong, the Briton reckons Verstappen has the talent to make the difference.

After a thrilling battle for last year’s Drivers’ title, won by Verstappen on the final lap of the championship, Red Bull and Mercedes are once again expected to go head-to-head for this year’s titles.

That’s if neither have dropped the ball with the new regulations.

This season Formula 1 is introducing brand new cars, the sport adopting a different design philosophy – ground effect aerodynamics – in the hope that it will lead to better racing.

Mercedes, though, have already predicted that “one or two” teams will get the new rules “badly wrong”.

McCarthy says unless Red Bull is one of those teams, even if they don’t get it a 100 percent right, Verstappen can be the difference.

“If any team really get it wrong across the winter, then most drivers can’t make up that difference,” he told Formula1News.co.uk.

“If they got it wrong by just a little bit, maybe somebody like Max can make up that difference.”

“But,” he added, “I can’t really see Red Bull getting it too wrong.”

“The thing that we were just talking about, about driver confidence,” he continued, “it really filters all the way down to the team management, the engineers, the designers, you know, they’ve got that confidence.

“And they’re still led by Adrian [Newey], who may still be the most successful designer still on the grid, because he’s had World Championships for Williams, for McLaren and obviously, Red Bull.

“So, you know, he’s a genius. They’ve got that they got their confidence going for them.”

But while Verstappen will definitely line up this year’s grid, there are still questions about Lewis Hamilton’s participation with the Briton having not said a word since leaving the Yas Marina paddock after losing the World title.

60-year-old McCarthy, who was with Andrea Moda Formula in 1992 but was not able to qualify for a single race, hopes the seven-time World Champion will be back this season, stronger than ever before.

“I’m hoping that Lewis can come back mentally strong because, you know, if I do tune in with no more last lap decisions by stewards or the race director, then, then all we’re looking at is a brilliant season, but we want to see some other talent with the opportunity now,” he said.

“Carlos [Sainz], Charles Leclerc, obviously George Russell has got the opportunity in the top car, Lando [Norris] in the McLaren. We stand the chance of seeing some great races. So let’s hope the 2022 regs get more people closer together.”