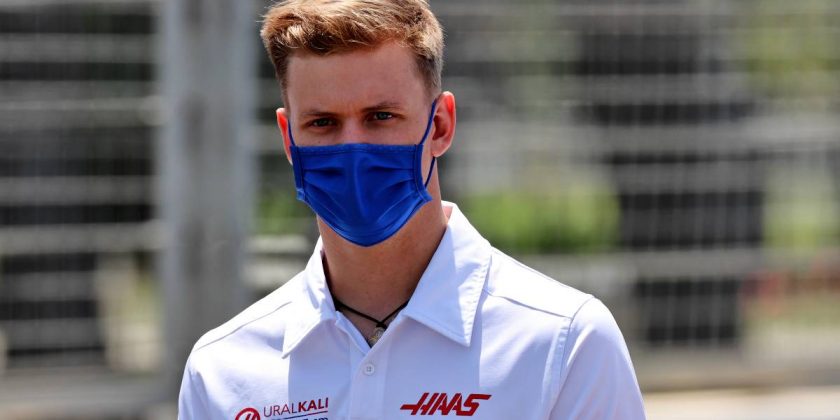 Mick Schumacher said he hoped to have been closer to the pack in Styrian Grand Prix qualifying, but a small error on his final lap cost him a chance of Q2.

The young German had set a lap time good enough for a place in Q2 for the first time in his fledgling career at the last race at Paul Ricard, but was unable to follow up on that performance by getting in contention to get past the first qualifying session in Austria.

The leaderboard did not make for happy reading for the Haas pair, however, with Schumacher in P19 being 0.612sec slower than Kimi Raikkonen’s Alfa Romeo one place in front of him.

However, he felt an improvement on his quickest time would have been possible without an error on his final run in the session.

“Everyone improved a lot on the last run,” Schumacher said after qualifying.

“I don’t know how much we would have improved. Thinking we would have, we would have been around P16/P17, which would have brought us maybe into contention for Q2. But it looked like the Williams guys could just turn up their engine a bit more than we did [before qualifying]. Unfortunate, but nonetheless a very good weekend up to now.”

Martin Brundle: "Guenther, you must be counting the days to get through this year…"

Guenther Steiner: "I'm actually counting the hours, not the days."

With the Haas rookies continuing to get mileage under their belts in their first Formula 1 cars, Schumacher added that he hopes to use the race to try and compete with those around them.

“We had very good free practice sessions up to now, and now we have to do a bit more in the race,” Schumacher continued.

“Hopefully the race pace will be enough to keep up with the guys and hopefully we’ll be having some battles.

“I don’t expect to be much faster than anyone around us, but if we manage to take care of our tyres and do a bit extra here and there, maybe we can stick with them and fight with them.”

Nikita Mazepin, meanwhile, said he felt frustrated his car set-up was probably as strong as it could have been in first practice, with changes made throughout the weekend making him go backwards at times. He will line up P20 for the Styrian Grand Prix.

“Unfortunately we don’t get many testing sessions in Formula 1 and if you don’t experiment and you’re very conservative with set-up, then the opportunity to find a lot is also less,” he said after the session.

“I was obviously using free practice to find things that there was no guarantee of working and to be honest, they didn’t work. We just came back to an original starting set-up and things were as we expected really.”