Scott Redding has revealed he came close to signing a deal to join leading Moto2 squad Intact GP before he was beaten to the ride by Tom Luthi.

Aprilia rider Redding had been weighing up his options for 2019 ever since the news he is to be replaced by Andrea Iannone in the Italian manufacturer’s MotoGP line-up next year.

He revealed two weeks ago at Misano that he had an offer from top British Superbike team Paul Bird Motorsport on the table, but that he was also considering options in World Superbike and Moto2.

Having previously admitted he has no ambitions of ever returning to MotoGP in future, Redding said on Thursday at Aragon that he now has a deal lined up but is unable to announce it.

But he did confess that his 2019 ride is not in Moto2, and that an option to stay in the grand prix paddock with the Dynavolt-backed Intact squad fell through at the 11th hour.

“In Austria I was really close to signing a contract with Dynavolt,” he said. “For me, perfect. That’s a team that can win a title. That gives me something.

“Then two days later, or a day later, they signed Tom Luthi. Why? Maybe you can understand that yourself. And that was it.

“If I don’t have a competitive bike, I’m not going to suffer [just] to be in this paddock. This place does not bother me at all.

“I race to be competitive, that’s my style of racing, I’ve made my decision based on that. I’m never going to pay, or ride for free, because it’s my job.”

Redding said he had hoped to reveal his future this weekend, but admitted there are a “few little details to be sorted” before he can make an announcement.

He did however hint he was prepared to accept riding at a “lower level” if it meant his chances to fight at the front of the field were better as a result, possibly indicating a future in BSB.

“I’ve had to do something that will get me the fire back a bit for racing again, because some years here in MotoGP and some situations I’ve lost something,” he explained.

“I used to be bubbling with aggression to go to do it, and it’s kind of been lost over the years here, I think a bit with the atmosphere around this paddock, and the results.

“When you’re in MotoGP, with the best manufacturers with the best riders in the world and the best technicians, those differences [between teams and bikes] become bigger.

“In other racing, where’s it’s a bit more lower-level, should we say, the competition gets closer. It’s not so much down to the machine and it’s more down to the rider.

“I just want something that I should be able to do something with, not gambling. I’ve done too many ‘maybes’ and I’ve done nothing with it.” 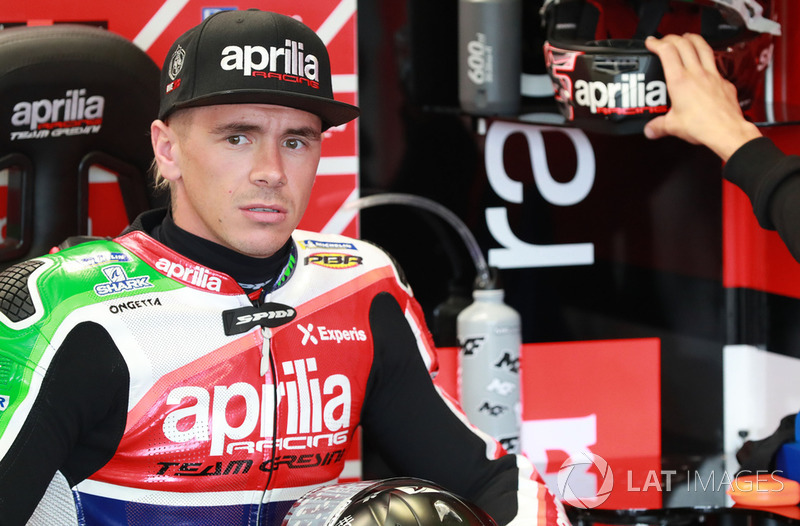