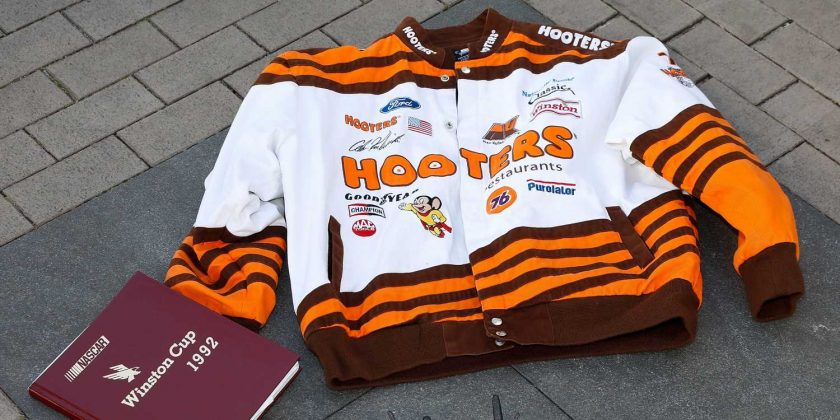 And while NBA legend Kobe Bryant’s death in a helicopter crash in California on Jan. 26, 2020, got the the attention of NASCAR drivers and teams, drivers say they plan no changes to their travel plans.

“(The Bryant tragedy) rings home when you’re in a profession where you’re constantly traveling, taking off and
touching down, sometimes almost daily,” said Bowyer. “It hits home and makes you think and appreciate every touchdown. But we can’t change anything because this is how we make our living. The sad thing is that those things happen all the time, but it takes (losing) a superstar like Kobe for us to realize it and wake up and learn from it.”

NASCAR has never been immune to aviation tragedies or near misses. A handful of high-profile accidents are well documented, but it’s unclear how many close calls have gone unreported.

Their Swearingen Merlin III plane lost power and went down when ice was sucked into the engines as they approached Tri-Cities Airport near Bristol.

With the 38-year-old Kulwicki that Thursday night were Mark Brooks and Dan Duncan of the Hooters Restaurant chain, and company pilot Charles Campbell.

Less than four months after the Kulwicki accident, on July 12, 1993, Davey Allison died in a helicopter crash near the Cup Series garage in the paddock at Talladega Superspeedway.

Allison and fellow Alabama racer Red Farmer were flying in to watch David Bonnett, the son of their friend, Neil Bonnett, test at the speedway.

Farmer was critically injured, but recovered and, at 87, is still racing. Allison, 32 when he died, was relatively inexperienced in the Hughes 369HS, which he had bought just three weeks earlier. All of his helicopter training had been in smaller and lighter models that often reacted differently than his.

Hall of Fame driver Curtis Turner, one of Cup’s first superstars, died along with professional golfer Clarence King when their Aero Commander 500 crashed near Punxsutawney, Pennsylvania, on Oct. 4, 1970. The plane went down shortly after leaving Jefferson Township, Penn., bound for Roanoke, Virginia.

At 46 and beginning a comeback after being off the track for several years, Turner was scheduled to run the following weekend’s National 500 at Charlotte Motor Speedway. An official review said Turner was “impaired by alcohol” and was trying to land because King had suffered an apparent in-flight heart attack.

Richie Panch, 31-year-old son of 1961 Daytona 500 winner Marvin Panch, died with three others when his Piper PA-28 Cherokee broke up in severe turbulence over Rion, South Carolina, (near the Winnsboro/Ridgeway area) on Sept. 1, 1985.

The younger Panch had a modest career, making only 47 Cup Series starts in four years before retiring in 1976 at age 22. Championship motorcycle racer Dale Singleton also died in the crash, along with passengers Barbara Fairbank and Rosemary Pardus.

Team owner Jack Roush, perhaps NASCAR’s most experienced and enthusiastic flier, has survived a couple of close calls. On April 19, 2002, during the spring Talladega Superspeedway weekend, his experimental single-seater hit a power line and fell upside down into a body of water near Troy, Alabama.

Only quick work by former Marine Larry Hicks on the nearby shore saved the then-60-year-old Roush from drowning. Roush suffered major injuries and took months to recover.

Eight years later, on July 27, 2010, Roush was injured again, this time when he crashed his Beechcraft Premier 390 trying to land at a “fly-in” in Oshkosh, Wisconsin. Now 77 and not as fit as he’d like to be, the Hall of Fame owner doesn’t fly his own planes as often as he once did.

The sport was rocked on Oct. 24, 2004, when 10 people on a Hendrick Motorsports-owned Beechcraft Super King Air 200 died in a Sunday morning crash near Bull Mountain, Virginia.

The pilots wanted to divert from fog- and cloud-shrouded Blue Ridge Airport to nearby Danville, Va., but didn’t climb quickly enough to avoid plowing into a mountainside.

The sanctioning body’s Cessna 310R was on a “nonbusiness” flight—a violation of company policy—and was not mechanically cleared to fly when a cockpit fire disabled it.

The plane crashed in a residential area near Sanford, Florida, killing Kennedy, pilot Michael Klemm and three people on the ground, and severely burned three others. NASCAR was cited for allowing a plane out without correcting an electrical problem recently reported by another pilot.

Kennedy, 52, was the husband of ISC/NASCAR executive Lesa France Kennedy and the father of Ben Kennedy, currently quickly moving up through the family’s corporate ranks.

Rick Hendrick and his wife, Linda, escaped serious injury on Oct. 31, 2011, when their Gulfstream 150 lost its brakes and slid off the runway at Key West (Fla.) International Airport.

The plane lost its right-side landing gear, tipped over and burst into devouring flames as it came to a halt.