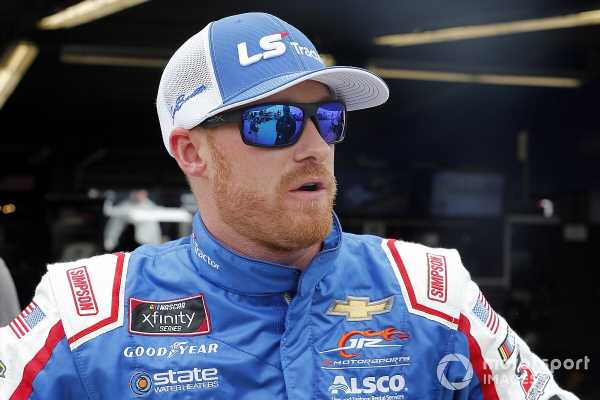 For the first time since 2014, Jeb Burton is returning to fulltime competition in a NASCAR national series.

On Monday, Kaulig Racing announced it had hired Jeb, the 28-year old son of NASCAR veteran Ward Burton, to compete for the organization in 2021 in the Xfinity Series. Jeb will have primary sponsorship from Nutrien Ag Solutions.

“Jeb is a hard worker on and off the track,” said Chris Rice, president of Kaulig Racing. “He’s a great fit for Kaulig Racing and our partners. I’ve known the Burton family and worked with them back in the 1980s, so it feels like everything has come full circle.

“We are going to go out and compete for wins and championships. Jeb is a guy we can build a long term, successful program around.”

The 2021 season will be Burton’s first fulltime season in the Xfinity Series and competing for the series championship. He’s made 43 starts in the series since 2013 with a career-best finish of second this season at Richmond, Va., driving for JR Motorsports.

Burton ran a pair of fulltime seasons in Trucks in 2013 and 2014, earning one win, seven top-five and 18 top-10 finishes and winning seven poles during that span. His best championship finish was fifth in 2013.

“It’s an honor to have this opportunity driving full-time for Kaulig Racing and Nutrien Ag Solutions,” Burton said. “I’ve worked so hard, not only behind the wheel, to get an opportunity like this, and it couldn’t be more perfect – representing a brand with the same values and beliefs as my family.

“This partnership represents everything we are, and I can’t thank Matt Kaulig, Chris Rice and Nutrien Ag Solutions enough.”

In addition to its primary partnership with Burton, Nutrien Ag Solutions will serve as an associate sponsor at Kaulig Racing and will continue its DocuSeries, “Two-Track Mind,” airing Season 2 in 2021, with Burton’s story.