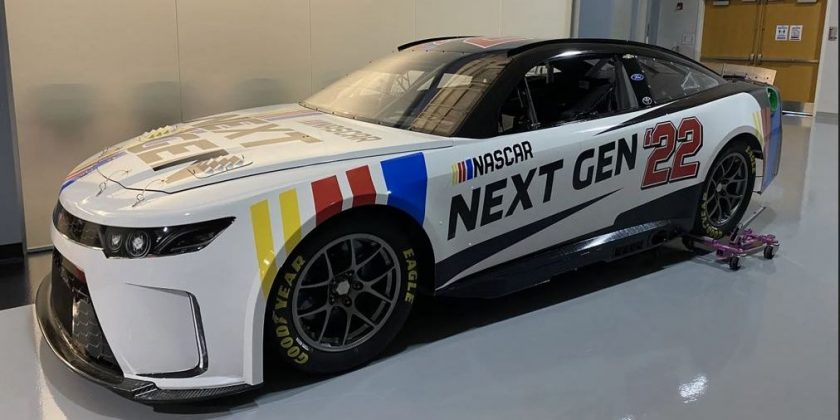 The next-generation NASCAR Cup Series car is one step closer to completion.

NASCAR officials confirmed on Monday during its annual R&D media briefing that development on the chassis and internal components had come to a close.

The new racing platform is scheduled to make its official debut in February 2022 during Daytona Speedweeks. The car was originally scheduled to premiere this season before COVID-19 delayed its development.

“In hindsight, when we were on target for 2021 and now we’ve gone through all of this, we look back and boy, we probably would’ve had our tongues hanging out right now if we were to launch it in 2021, which we could’ve done,” Probst said. “I think we’re certainly on schedule. We’re probably actually being able to spend a little more time since we pushed it out to 2022, focusing on a lot of the line-item costs.

“From a holistic point of view, we’re happy with (how the car turned out) but there are a few items we want to get better, and we have the time now to work with Dallara and our single source partners to keep the costs down.”

A pair of prototypes were tested a combined 11 times over the past 16 months at numerous venues across the country representing every pavement track type on the current Cup Series schedule. The two most prominent test chassis were the Prototype 3 built by Richard Childress Racing and another car built by the Action Express IMSA team.

The two prototypes tested together in November to mixed results at Charlotte Motor Speedway.

These prototypes were powered by Chevrolet (P3) and Ford (AXR) respectively, and used a generic body style during the initial tests. Chevrolet, Ford and Toyota have each submitted and received approval for their respective body styles in 2022.

Beneath the body, the new car features independent rear suspension — a departure from the classic solid axle rear suspension. The chassis was developed by Dallara. The car has 18” wheels and lower profile tires with a single-lug assembly.

Wheel force transducer testing will begin on Mar. 16-17 at Richmond Raceway and will utilize the P3 Prototype. All three manufacturers are expected to have models on the track at the same time later that month at Martinsville Speedway for the first of seven WFT tests.

Three organizational tests will be scheduled once teams have completed the construction of their first cars. One of those tests will take place after the Charlotte Roval event in October with two more after the conclusion of the 2021 season.

When asked if the car could debut in June at Texas Motor Speedway for the All-Star Race, NASCAR Vice President and Chief Racing Development Officer Steve O’Donnell didn’t say no.

“It’s a fair question, and we’re working through how to launch it,” O’Donnell said.

“I think the OEMs have some really cool ideas. We’ve got some of our veteran retired drivers who say they want to get in a car to talk about it from a television perspective. We’re looking at all those different things to see where the best fit might be.”

Kurt Busch piloted the P3 in the most recent test on January 12 at Charlotte Motor Speedway.

Busch had previously driven the car in the two-car test alongside Martin Truex Jr. at Charlotte in November. During that test, Truex said the car occasionally “locks up, and car bottoms out on the oval,” but “hopefully we can figure that out.”

Busch was invited back for a second test to drive the car after changes were made based on his initial feedback.

“I was honored to get a call to come back and verify things from our last test,” Busch said. “I haven’t been in our current car since then, so it’s good for me mentally to have that benchmark and be able to explain what the car is doing on the track. It’s great to see the progress from November to January and know that we’re headed in the right direction.”

Prior to the January test, the P3 was put through its initial paces at the Daytona International Speedway oval. Before that was the two-car tests with Busch and Truex at Charlotte on both the Roval and oval configurations.

Cole Custer turned laps in the P3 at Dover on Aug 24-25. The earlier tests featured William Byron at Auto Club on Mar. 2-3, Erik Jones at Homestead Miami on Jan. 15-16, Dec. 9-10 at Phoenix with Joey Logano and Oct. 8-9 with Austin Dillon at Richmond.