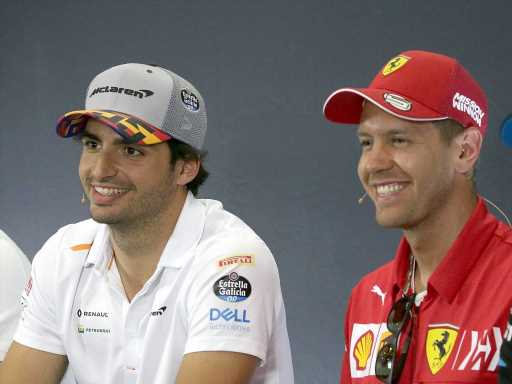 Last month, before even the first race of the season has been run, Ferrari and McLaren confirmed their 2021 driver line ups, and both feature changes.

Ferrari announced that this year’s championship would be Sebastian Vettel’s last season at Maranello and 48 hours later confirmed that Carlos Sainz would replace him.

Shortly before the Sainz’s announcement, McLaren revealed that Daniel Ricciardo would be joining the team next year to partner Lando Norris.

Wolff has been surprised by the early announcements.

“You then have to work with a driver like Carlos, develop the car further and share secrets that you know he knows will take somewhere else next year,” he told Auto Motor und Sport.

The other issue Wolff reckons could arise is driver squabbles.

Why, he asks, would the driver who is on his way out play the team game.

“You need both cars to collect points,” he said. “If both drivers are on one level, they will racing against each other.

“Maybe one or the other driver has nothing left to lose because he has no future in the team.

“We would have done it differently.

“But I don’t want to judge whether this is right or wrong.”

While Wolff has previously said he expects to do a new deal with Lewis Hamilton as soon as the 2020 season begins, the Brit’s team-mate has yet to be decided.

Valtteri Bottas is up against Mercedes junior George Russell for the seaton.

“We want to start the season now and let both drivers drive freely,” Wolff explained.

“We want to see how George presents himself. We want to make this decision in the course of the summer.”