Who wants to be a millionaire? Most of the drivers racing in the Monster Energy NASCAR Cup Series All-Star Race already are, but that won’t stop any of them from racing competitively. With a cool seven-figure purse on the line, a unique rules package that includes reduced speeds, and no mandatory pit stops, fans should expect entertaining racing from their favorite drivers during the premier series All-Star Race at Charlotte Motor Speedway this weekend.

The starting lineup was set by qualifying where drivers had limited practice beforehand due to weather. This made it anyone’s game, and thanks to NASCAR’s decision not to implement a pit road speed limit for the All-Star Race, we caught a glimpse of this weekend’s anticipated antics and witnessed wild pit stops during pole qualifying.

NASCAR may have foregone pit road speed limits for the All-Star Race, but cars will be slower than normal at the Charlotte Motor Speedway. Engine restrictor plates used during the race will reduce horsepower. As part of the new rule package, NASCAR Cup cars will also use OEM specific aerodynamic ducts and a 2014 style splitter with the current radiator pan. A six-inch-high spoiler with two 12-inch ears on the rear deck will be visible.

The first All-Star Race was in 1985. During the early years, the race was appropriately named ‘The Winston’ for the series’ primary sponsor. NASCAR fans knew the race as ‘The Winston Select’ from 1994 to 1996. In 2004, NASCAR renamed the race to the ‘Nextel All-Star Challenge’ until Sprint bought Nextel. The race was known as the ‘Sprint All-Star Race’ from 2008 to 2016. Since then, the official name has transitioned to the Monster Energy NASCAR All-Star Race. 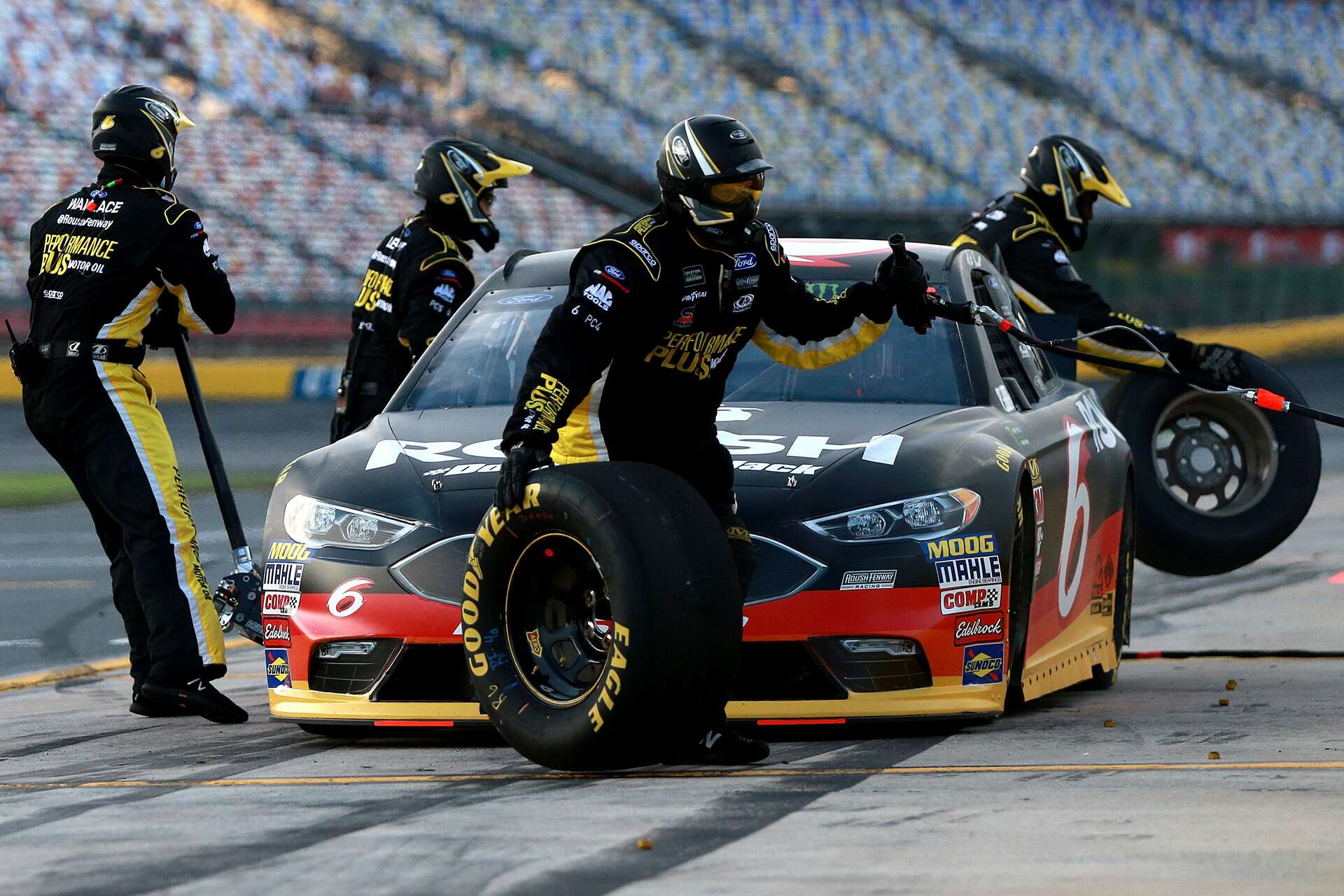 Matt Kenseth, driver of the No. 6 DoYouKnowJack Ford, pits during qualifying for the Monster Energy NASCAR Cup Series All-Star Race at Charlotte Motor Speedway on May 18, 2018, in Charlotte, North Carolina.

Out of all the veterans and star drivers in this season’s All-Star competition, who’s got the best shot at taking home the prize money? Kevin Harvick has won five races this season. Do you think he will keep his winning streak alive and make the main event his own? This weekend will be Matt Kenseth’s second race of the season. Can he defy the odds and take the checkered flag from the pole? It’s been over a decade since Kenseth has started in P1 for the All-Star race. He was the pole sitter in 2002 and 2007. Kenseth has one All-Star Race win in seventeen tries. If you were wondering, Harvick won the All-Star Race one time, in 2007. Like Kenseth, he also has raced in seventeen previous All-Stars. Jimmie Johnson is the most winningest driver of the contest with four wins.