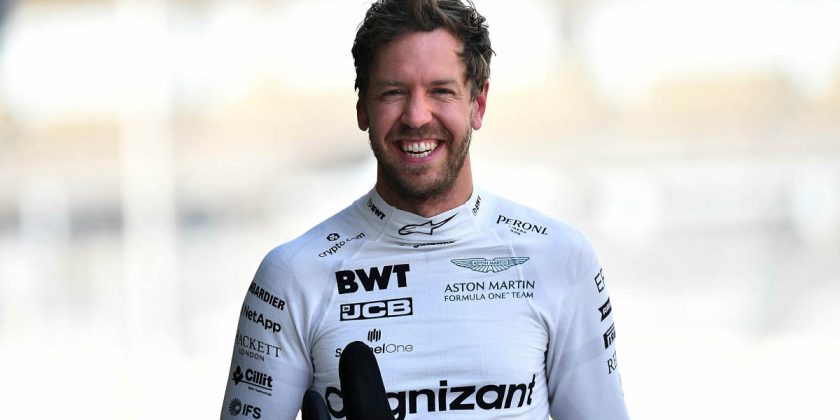 After a difficult departure from Ferrari, Sebastian Vettel admitted he’s “happier now than before” now he’s at Aston Martin.

Vettel’s contract was not renewed by the team at the end of 2020, with Carlos Sainz coming in to replace him and partner Charles Leclerc this season.

The four-time World Champion made the move to the Silverstone team after six years as a Ferrari driver, having admitted his plan to win a fifth title “failed to materialise” while he drove for the Scuderia.

He was keen to emphasise how he enjoyed his time at Ferrari, but said he’s feeling better now than he did in 2020.

“Well, my departure from Ferrari was maybe a bit strange,” Vettel told Blick. “In that respect, I’m happier now than before. But I would never want to miss my time at Ferrari.

“Even if my planned big successes failed to materialise there. We wanted to become World Champions.”

Ferrari and Vettel have not won a race since Singapore in 2019, but the German said the team will manage to get themselves back to the front in time.

“That is clearly due to the lead of Mercedes and Red Bull,” he said when asked about Ferrari’s winless streak. “Unfortunately, they continue to be so blatantly superior. But at some point Ferrari will win again and become World Champion.”

Aston Martin were a distant seventh in the Constructors’ Championship this year, but they have made significant investment in hiring new staff members and are in the process of building their own wind tunnel and a new factory at Silverstone.

While these investments are for the long-term future of the team, Vettel said the fresh set of regulations for 2022 will be a chance to see how the team can improve.

“That is the big question,” he said. “As I said before, a new set of regulations gives everyone hope. We now have to wait a year and see if everything develops positively – in all regions of the current standings.

“In short: whether everyone will really move closer together and whether there will be more overtaking.”

Team principal Otmar Szafnauer believes Vettel will still be able to “do the job” if he is given a better car with which to work in the future, but the 53-time race winner said it was not a good time for the team, who dropped down the standings after changes in aerodynamic regulations in time for this year.

“We had a difficult year in general with the new regulations and the modified, indeed cut, underbody,” he said.

“We didn’t have as steep an angle of attack at the rear as Red Bull, for example. Mercedes also suffered from the underbody. In 2020, they were still 1.5 seconds ahead.

“Our car is not that efficient. That is a weak point. Unfortunately, we had too much drag too often.”