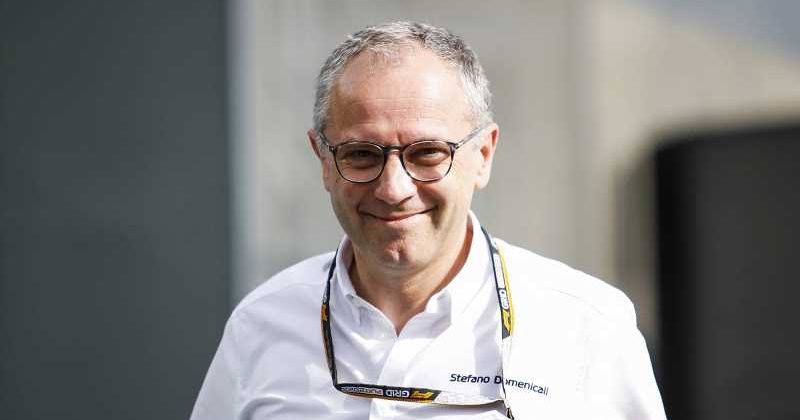 The future of the French GP is still uncertain, but Stefano Domenicali revealed a shock bid from the city of Nice has come in to host a street race in the coming years, should the sport’s relationship with Circuit Paul Ricard end.

Formula 1’s contract at Le Castellet expires at the end of this season, and the future of the French GP is very much in doubt as a result – with no deal currently agreed for Formula 1 to continue heading to France.

Formula 1 CEO Domenicali has spoken at length previously about his desire to expand to new markets for the sport while keeping a portion of its heritage in its traditional European heartland, and he acknowledged France’s role in that.

While nothing is decided for the country yet, he revealed that Nice has put its hand up to hold a race around the streets of the French Riviera city – and a decision on the future of the race will be taken by the end of July.

“Historically, France has been an important nation in motorsport,” Domenicali told L’Equipe.

The symphony of the V10 in Boss GP!

“You might not know this, but there is an amazing project with Nice, who wants a grand prix. It’s great, as it proves that other destinations in the country are interested in F1.

“We are going to look at the applications and study them carefully. Other things could come very soon.

“All I can tell you is, by late July, you will know more about the future of your grand prix.”

Alpine driver Esteban Ocon has been vocal in his support of keeping his homeland on the Formula 1 calendar, vowing to do all he can to help the cause.

Next season’s calendar is yet to be unveiled, but the likelihood is the number of races will be set to increase, given the arrival of Qatar and Las Vegas on a permanent basis.

Austria, Belgium and Monaco are all also vying to keep their place on the schedule next year, with their own contracts expiring at the end of 2022.

Domenicali has mooted the possibility of holding certain races on rotation year to year, and hopes to keep the schedule to its current level.

“The calendar for next year is being prepared,” he said. “Having 30 GPs wouldn’t be reasonable. Our preferred option would be to keep 23 or 24 races.

“And to achieve this, based on the demand, we’re going to work with the principle of rotation – not only for Europe but for other countries too.”