Once upon a time, I visited Indianapolis to witness my very first Indy 500 race in person instead of the TV. It was an experience that I’ll never forget, but I never truly understood the severity of the 500 until a few years after that race, when a previous employer relocated me to one place in the world that calls itself the “Racing Capital of the World.”

Unlike the majority of races around the globe, regardless of the series, the Indy 500 is a month-long affair. There’s no such thing as “racing weekend” in Indy, but there is such thing as “May,” which is the same thing, really. In fact, there’s a bit of a slogan that’s used throughout the city (nowadays a hashtag) that goes: “Is It May Yet?” The pesky little saying gives newcomers, like me, an idea of what it’s like to live here. Heck, there’s even an opening weekend for racing activities in Indianapolis, much like there is an opening weekend for other sports that only require one ball—basketball, baseball, you catch my drift. 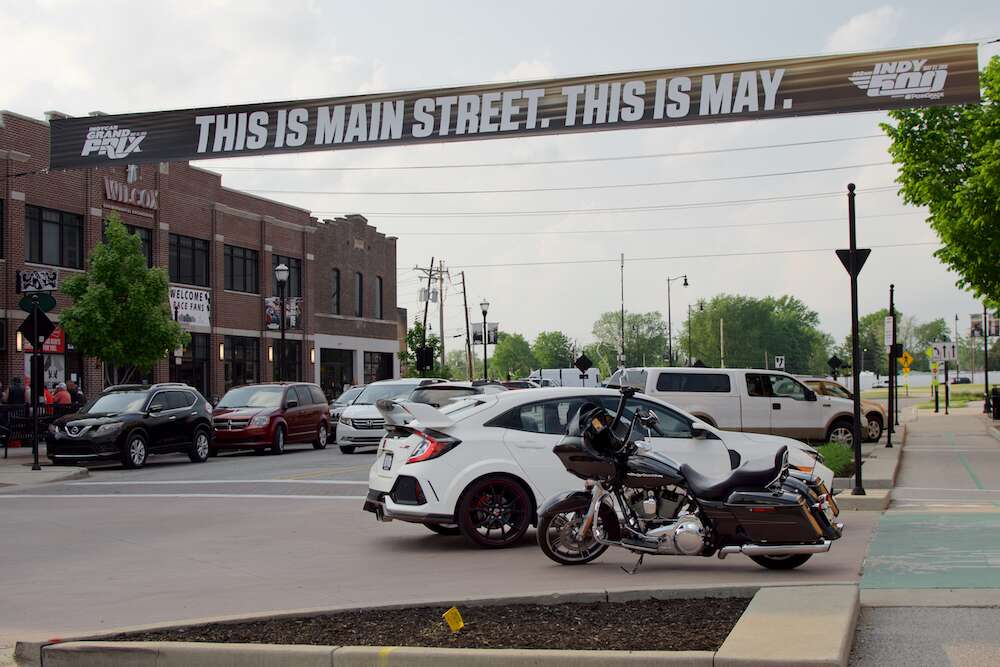 Following opening weekend, the majority of homes across the land are decorated with Indianapolis Motor Speedway fags, IndyCar flags, or at the very least checkered flags. Some homeowners decorate with big flags, some with little flags, and some with half-a-dozen flags. I personally have a 3×5-foot IMS flag, but I’m seriously considering lining walkway with tiny checkered flags next year.

As a result of all the Indy 500 madness that takes over the city and its people, I decided to venture out on the streets at the wheel of a Honda Civic Type R, and capture some of the sights and sounds of Indy during the fastest month of the year: May. The majority of these photos were taken by Indianapolis-based photographer Sean Grove, but some of them come to you courtesy of my own iPhone. 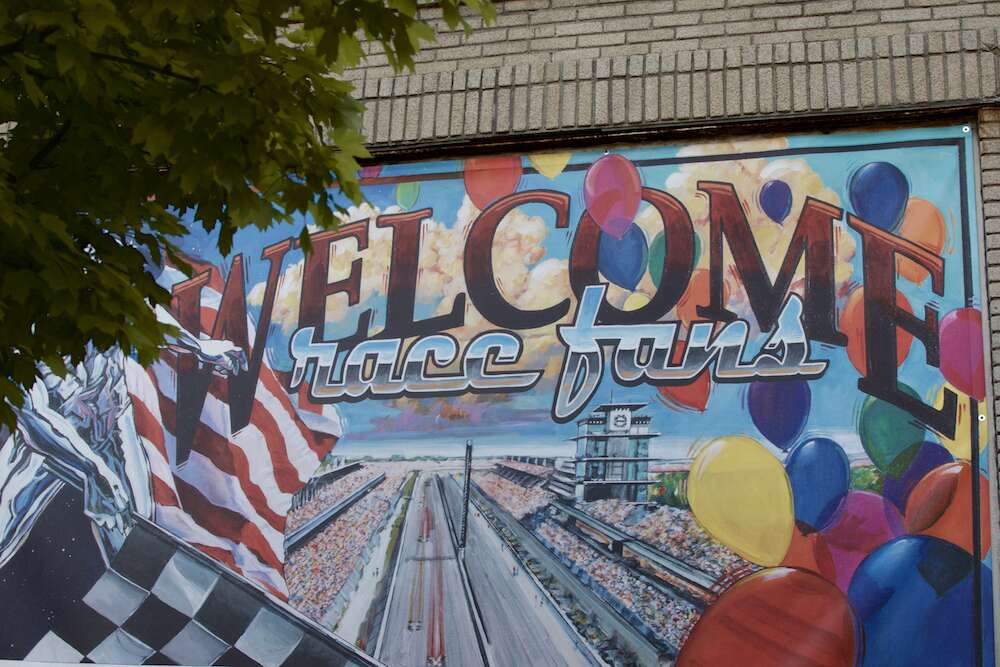 Welcome Race Fans art is created every year ahead of the Indy 500. 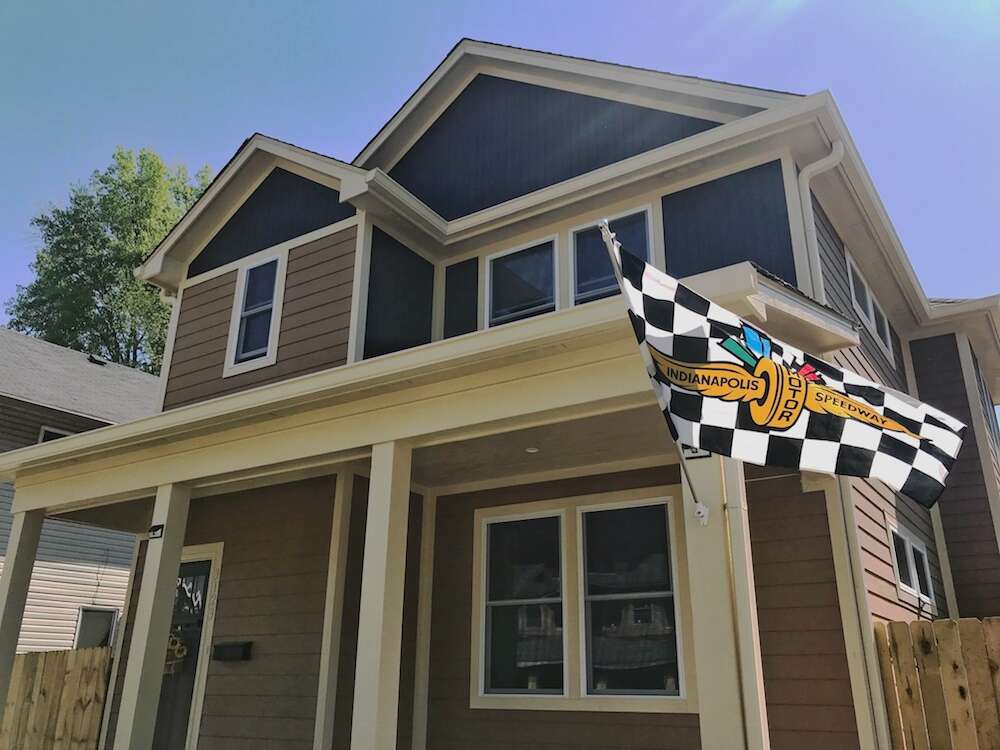 This writer’s humble home decorated for the big race. 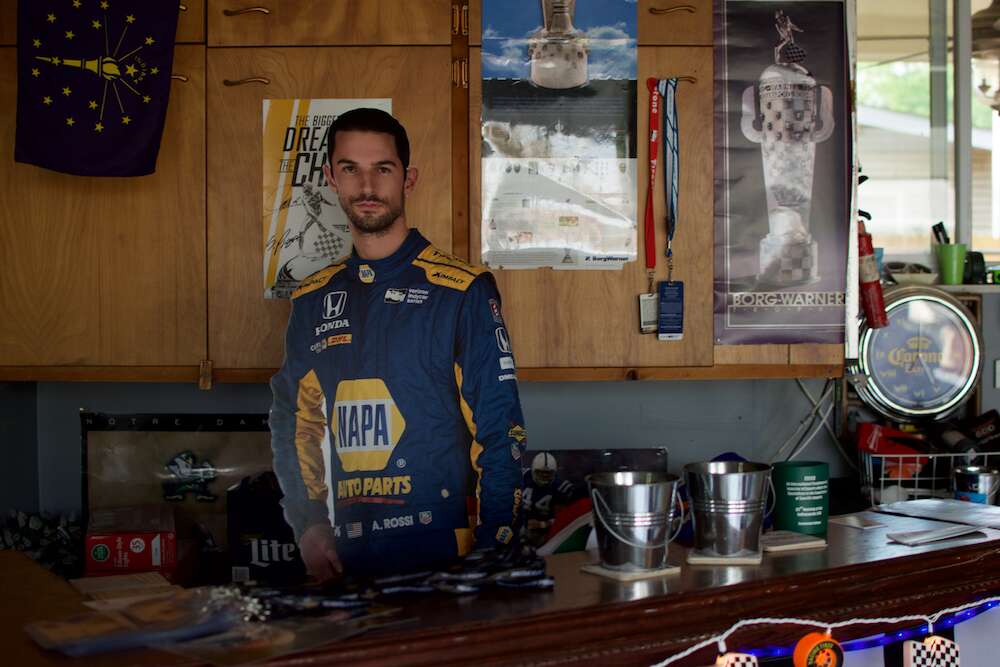 The inside of a man’s garage decorated with decades of racing memorabilia. 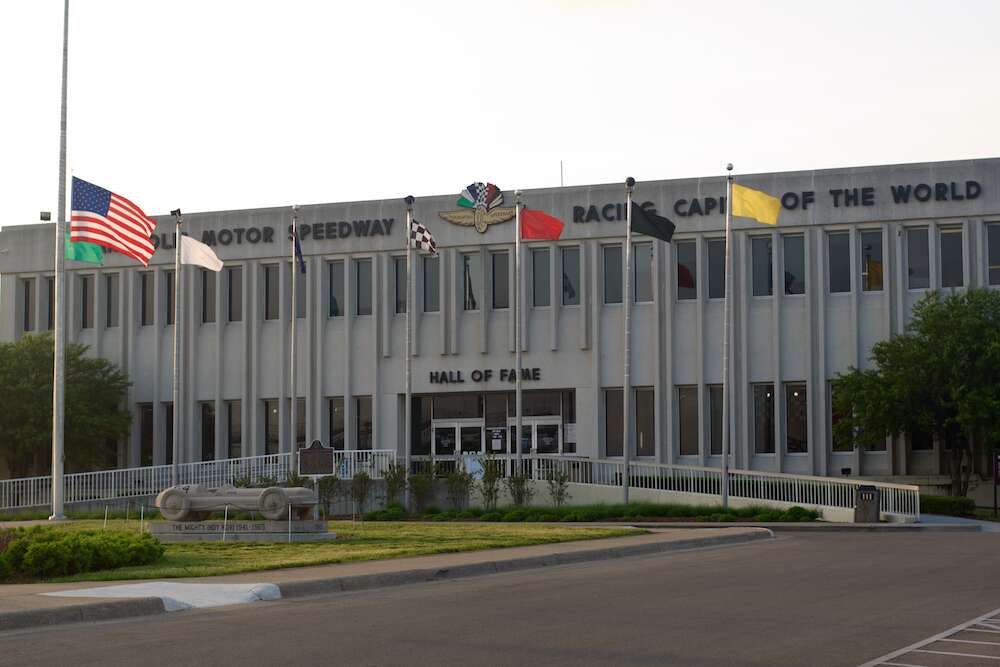 The IMS Museum and Hall of Fame looking magnificent as usual. 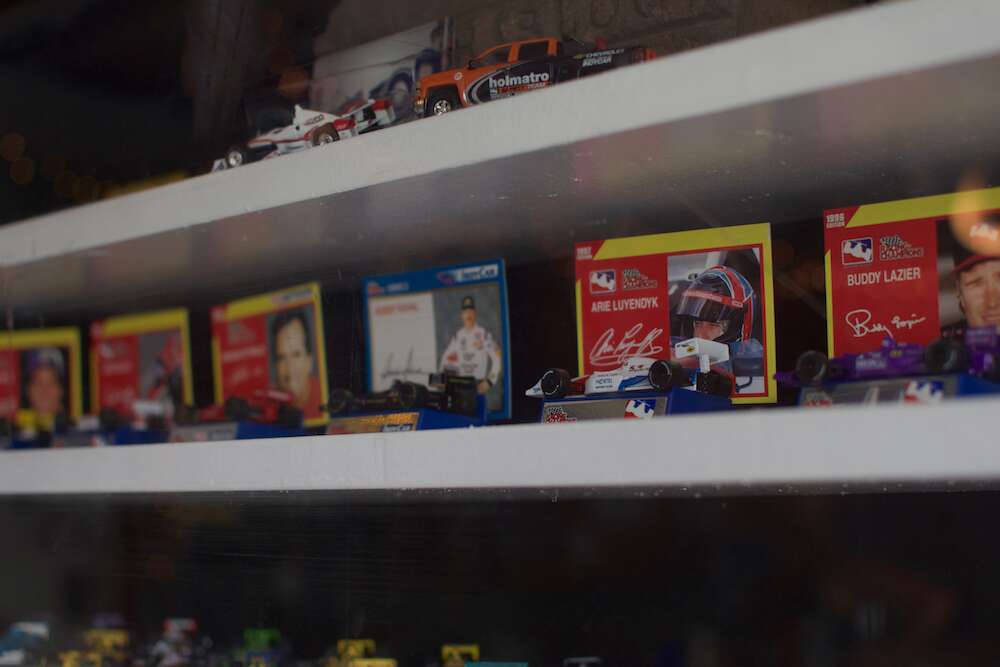 A man’s diecast collection is on display for race passersby to witness. 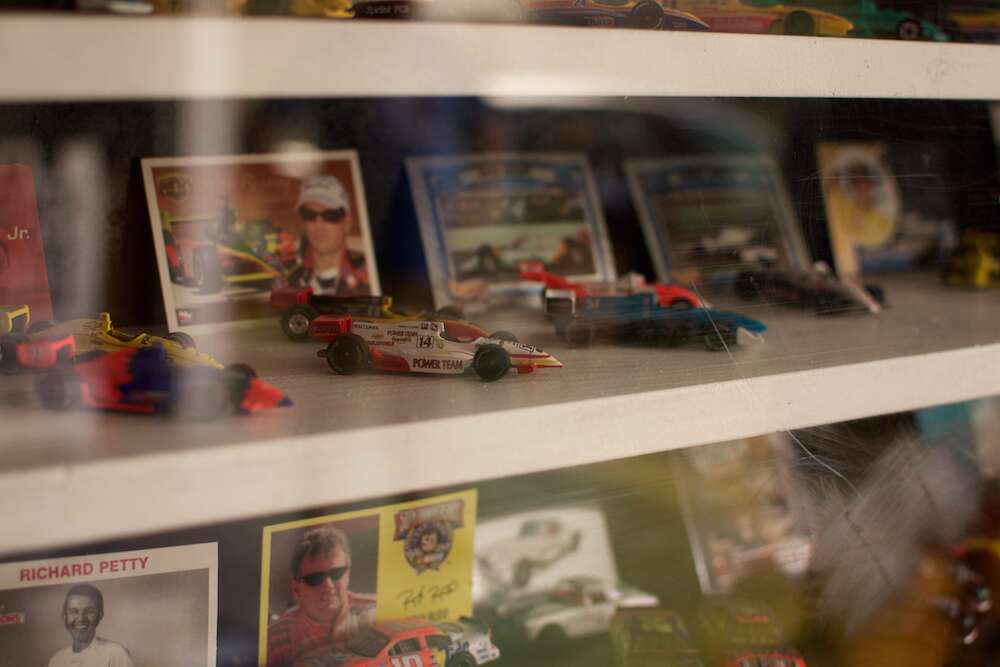 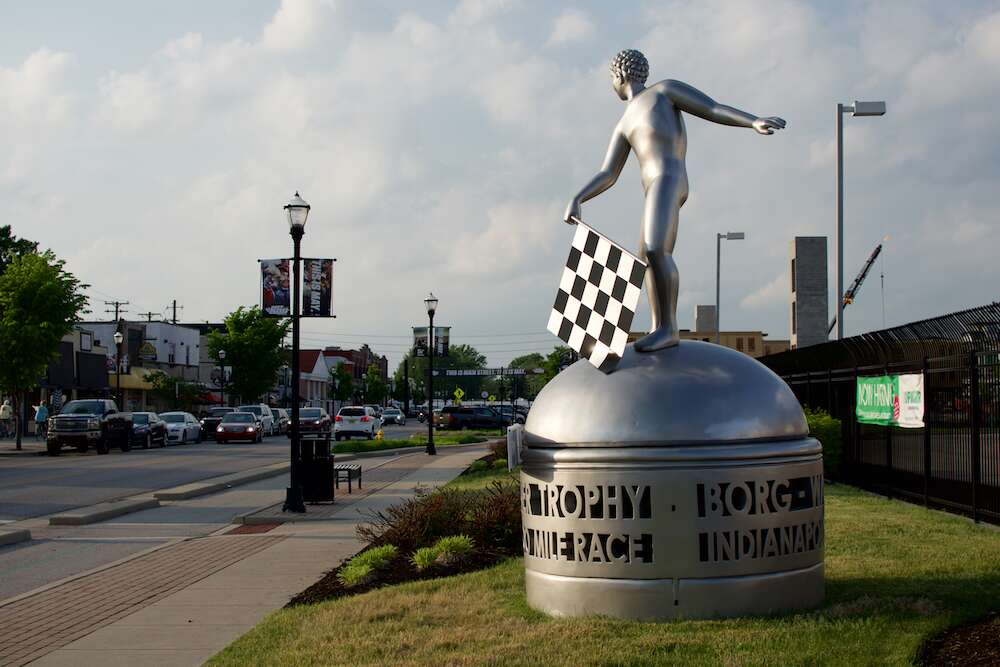 A car-sized replica of the BorgWarner Trophy welcomes fans. 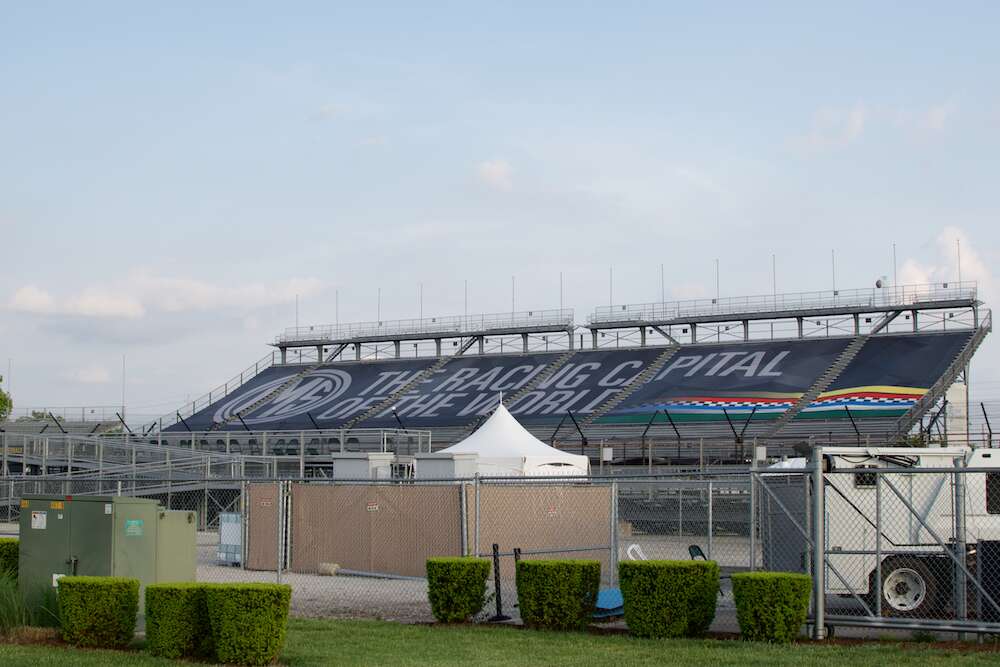 Grandstand banners prior to being removed for the big race. 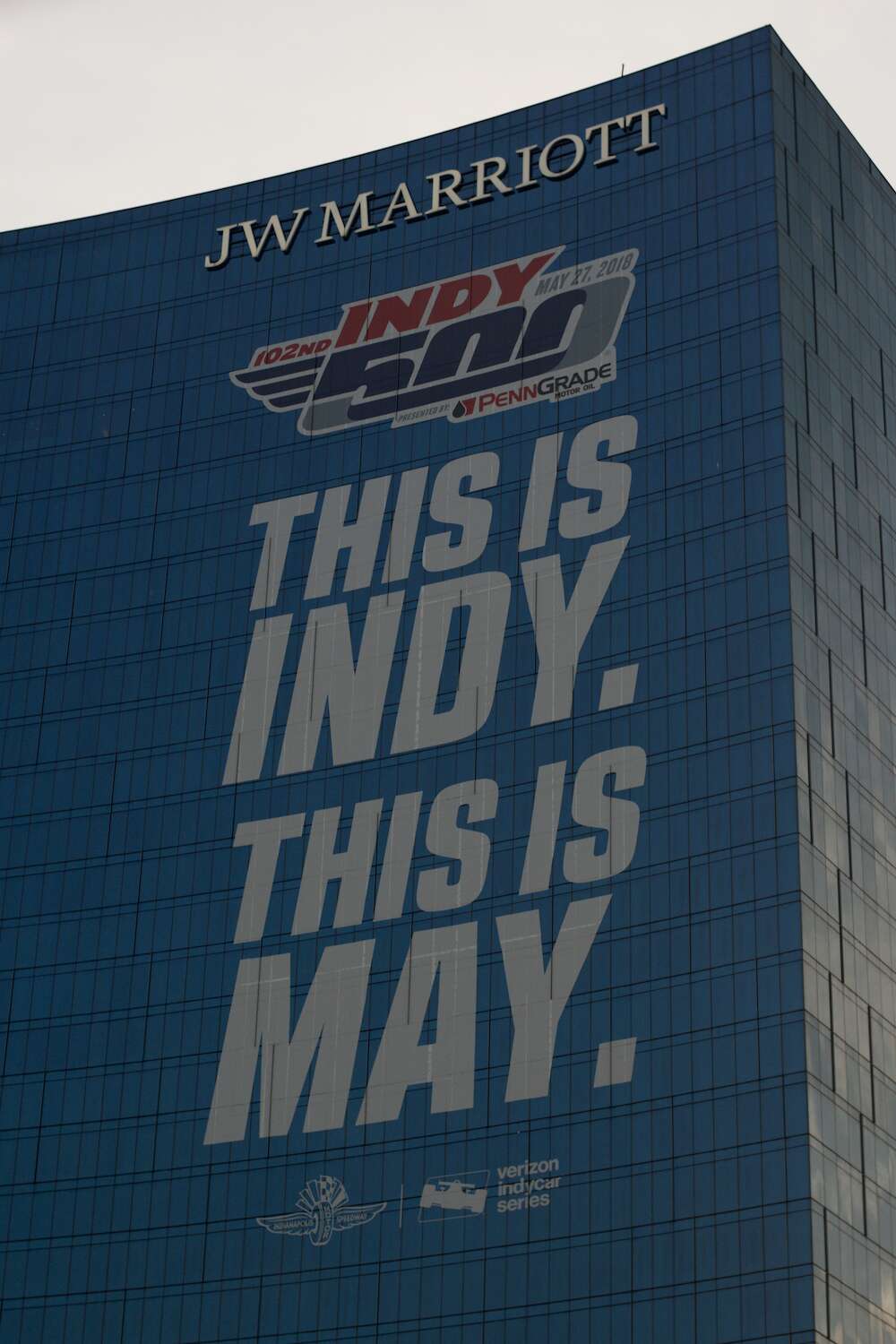 The tallest hotel in Indianapolis dresses for the occasion. 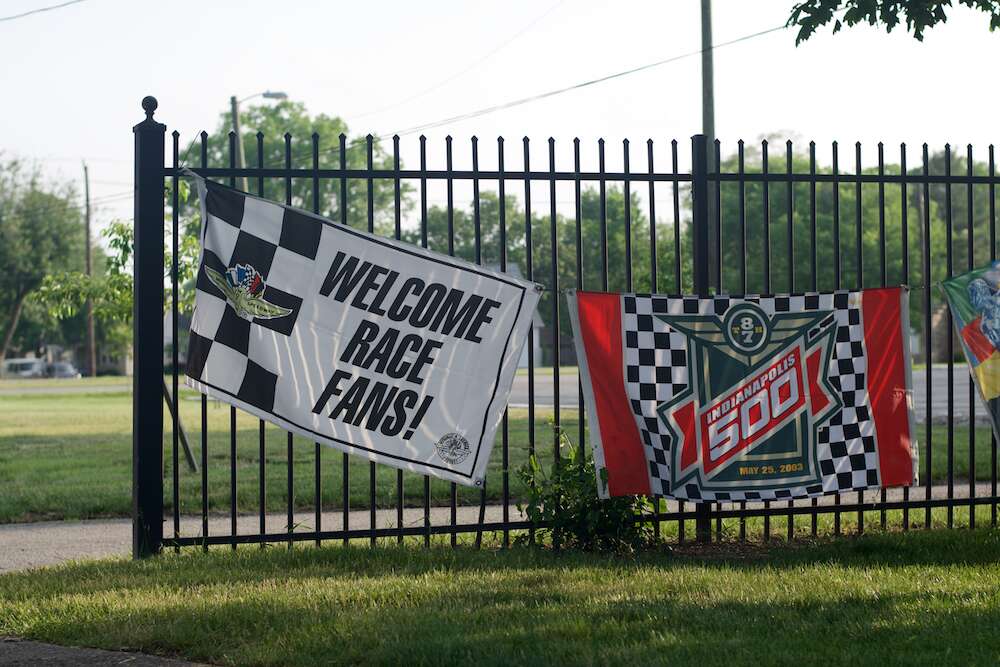 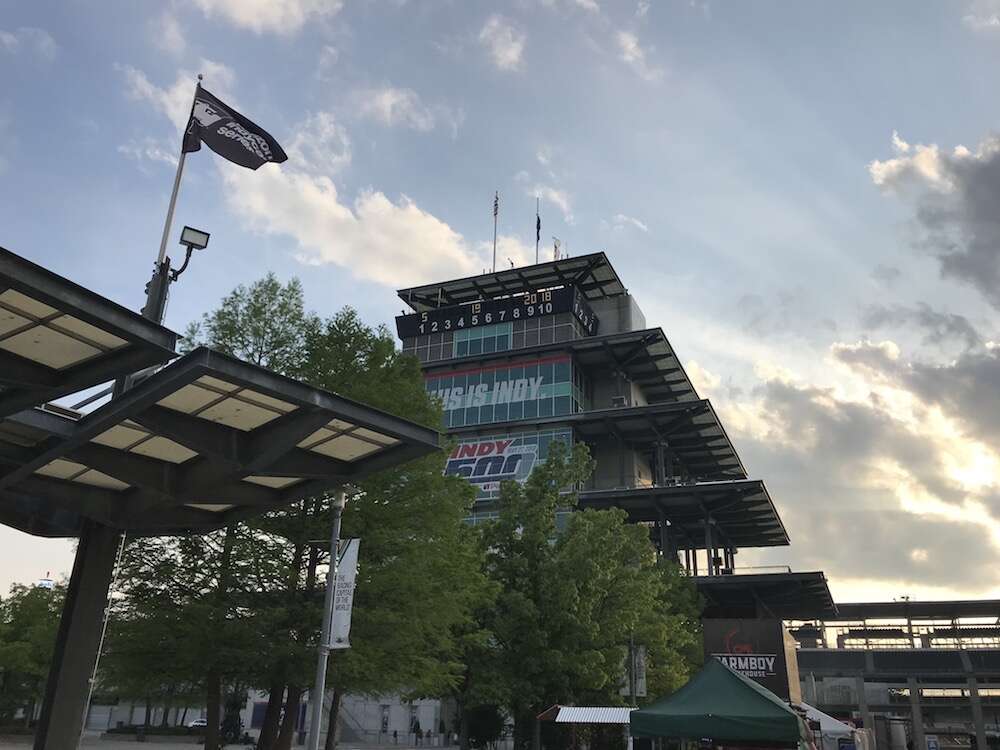 The IMS Pagoda against the Indiana sunset. 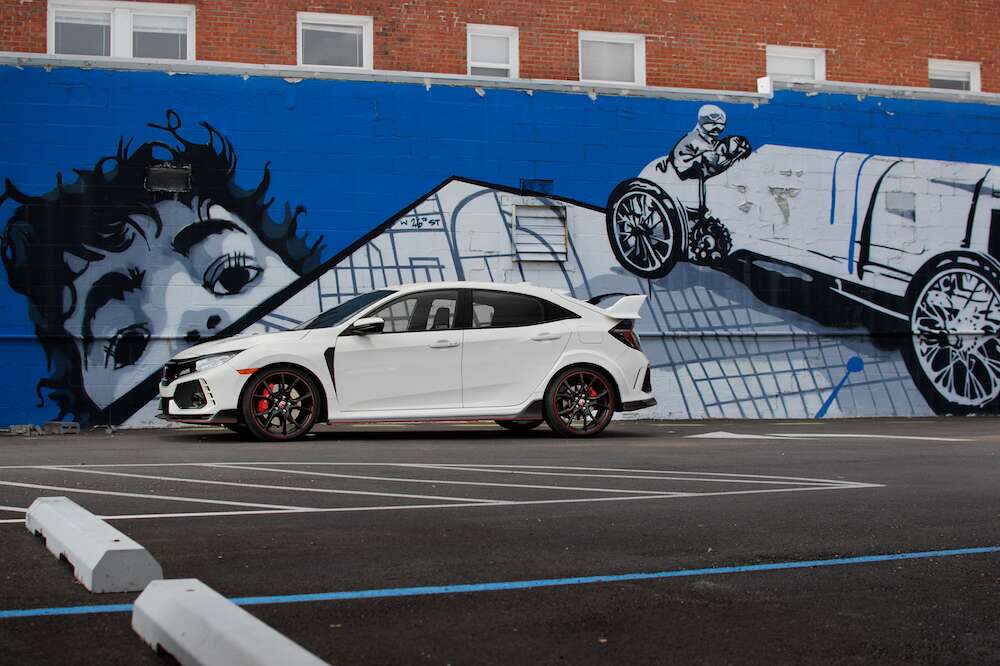