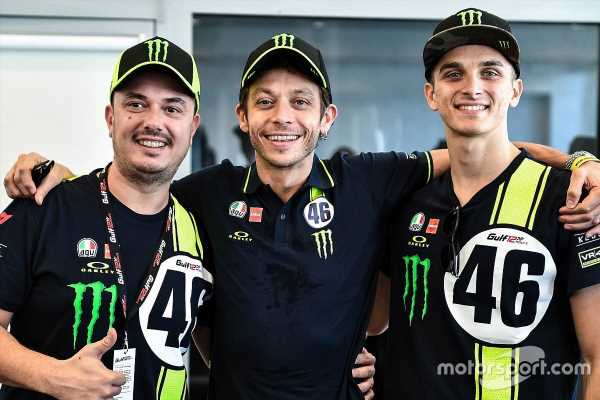 MotoGP legend Valentino Rossi will return to the Gulf 12 Hours in Bahrain in January with his Avintia-bound half-brother Luca Marini joining him in a Ferrari 488 GT3.

Rossi contested the 12-hour event at the Yas Marina Circuit in Abu Dhabi last year in a Kessel Racing-run 488 Ferrari partnered by Marini and his long-time friend and business partner Alessio Salucci.

The trio took a class win in their 488 GT3 in the Pro-Am category and were third overall and will return to defend their crown in January.

A brief statement from the organisers said: “MotoGP legend Valentino Rossi will return to race at the Gulf 12 Hours on 9 January 2021 at the Bahrain International Circuit.

“He will return alongside teammates Luca Marini and Alessio Salucci in their Ferrari 488 GT3.”

Due to the COVID-19 pandemic, the event has been moved from Yas Marina to the Bahrain International Circuit and delayed from its December slot to January.

Rossi hinted earlier this year his plans were to race the Gulf 12 Hours instead of taking part in the World Rally Championship finale at Rally Monza in December.

The Italian isn’t the only MotoGP rider to have raced at the Gulf 12 Hours, with former Yamaha teammate and three-time world champion Jorge Lorenzo taking part in the event in 2016.

Rossi’s protege Franco Morbidelli was announced on Saturday morning as an entrant in the WRC finale at Monza next month in a Hyundai WRC3 car.

This weekend’s Portuguese Grand Prix marks Rossi’s final outing with the factory Yamaha squad, having spent 15 years in two stints with the team.

He will depart for Petronas SRT in 2021 alongside Morbidelli, but will remain a factory-contracted rider and have machine parity with Maverick Vinales and his replacement Fabio Quartararo.

Marini is currently 18 points off the Moto2 championship lead ahead of this weekend’s Portugal finale, with the VR46 rider one of four capable of taking the crown.

He will step up to MotoGP in 2021 with the Avintia squad in partnership with VR46 after signing a deal with Ducati, and will join current Moto2 points leader Enea Bastianini.

This was Rossi’s first taste of modern hybrid F1 machinery, while Hamilton impressed on his first MotoGP test on the Yamaha M1. 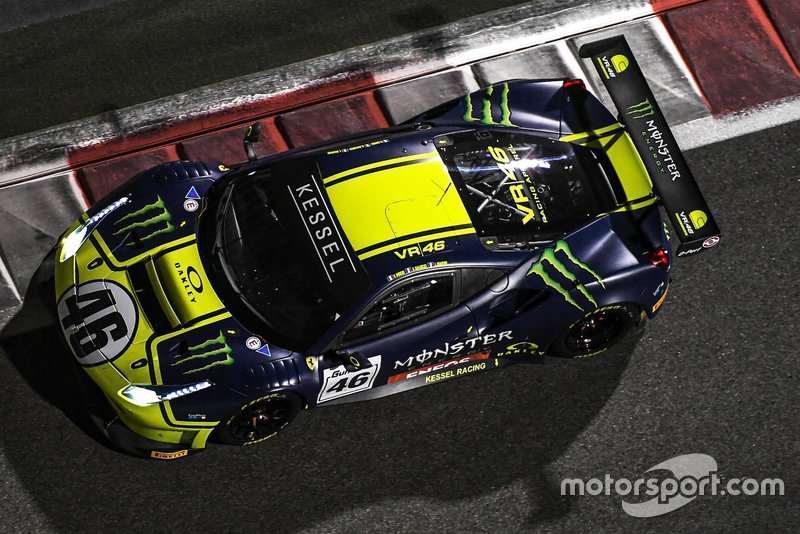