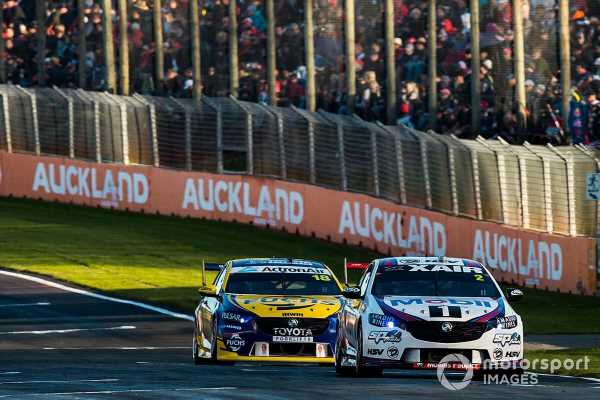 A decision is yet to be made regarding which New Zealand circuit will host Supercars next year, according to Auckland Tourism, Events and Economic Development.

A trip across the ditch is set to feature early in the provisional 2021 Supercars schedule, an April date likely based on early drafts of the calendar.

Exactly where the event will take place, however, is not yet clear, Pukekohe and Hampton Downs both in the frame to host the series.

Pukekohe is the now-traditional home of Supercars in NZ thanks to a recent run of backing from Auckland Tourism, Events and Economic Development (ATEED), the circuit crucially falling within the Auckland local government area.

While Hampton Downs is technically in Waikato, it had been given the green light by ATEED to host the 2020 round, before it was cancelled, after an embarrassing date mix up left Pukekohe unavailable.

Supercars is thought to prefer Hampton Downs, however ATEED General Manager Destination says there is still no hard and fast decision – despite a calendar announcement thought to be imminent.

“We are actively engaged with Supercars on a potential Auckland round and details of the event, including a venue, are still to be worked through,” he said in a statement provided to Motorsport.com.

The future of ATEED’s involvement in a NZ is the subject of ongoing speculation. The existing deal is understood to have run until 2020, however the pandemic means it’s been rolled over to 2021.

Beyond that, however, there is talk there won’t be a fresh deal, opening up the potential for Supercars to race outside of Auckland and even the North Island.

Borders are another issue for both NZ officials and Supercars to consider, with all arrivals from Australia to NZ currently required to complete 14 days of hotel quarantine.

There has long been talk of a travel bubble between the two nations, however that may be threatened by a fresh outbreak in South Australia.