Australian Will Power dominated the competition at the 102nd running of the Indy 500, crossing the yard of bricks in first place—3.15 seconds ahead of Ed Carpenter Racing’s Ed Carpenter and Chip Ganassi star driver Scott Dixon. Power’s victory earned the Roger Penske-led organization its 17th Indy 500 win in the team’s 50-year history in the sport.

It all started relatively quiet with most of the field quickly lining up into a single file after the initial lap around the 2.5-mile oval. Pole-sitter Ed Carpenter positioned his Chevy-powered IndyCar ahead of the field and even managed to build a two-second gap from Penske drivers Simon Pagenaud and Power, who appeared to be more than comfortable running behind the leader during the early stages of the race. 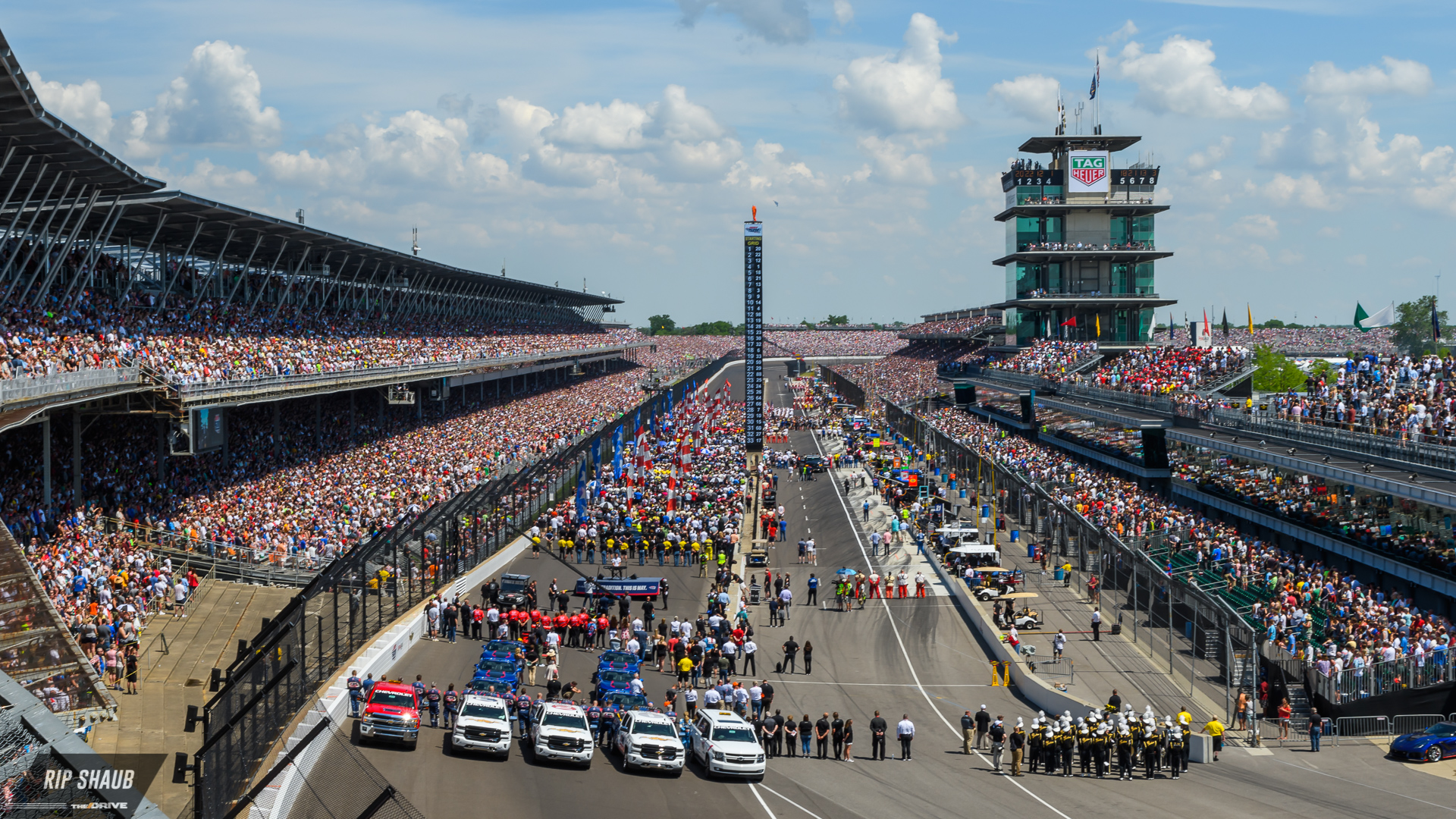 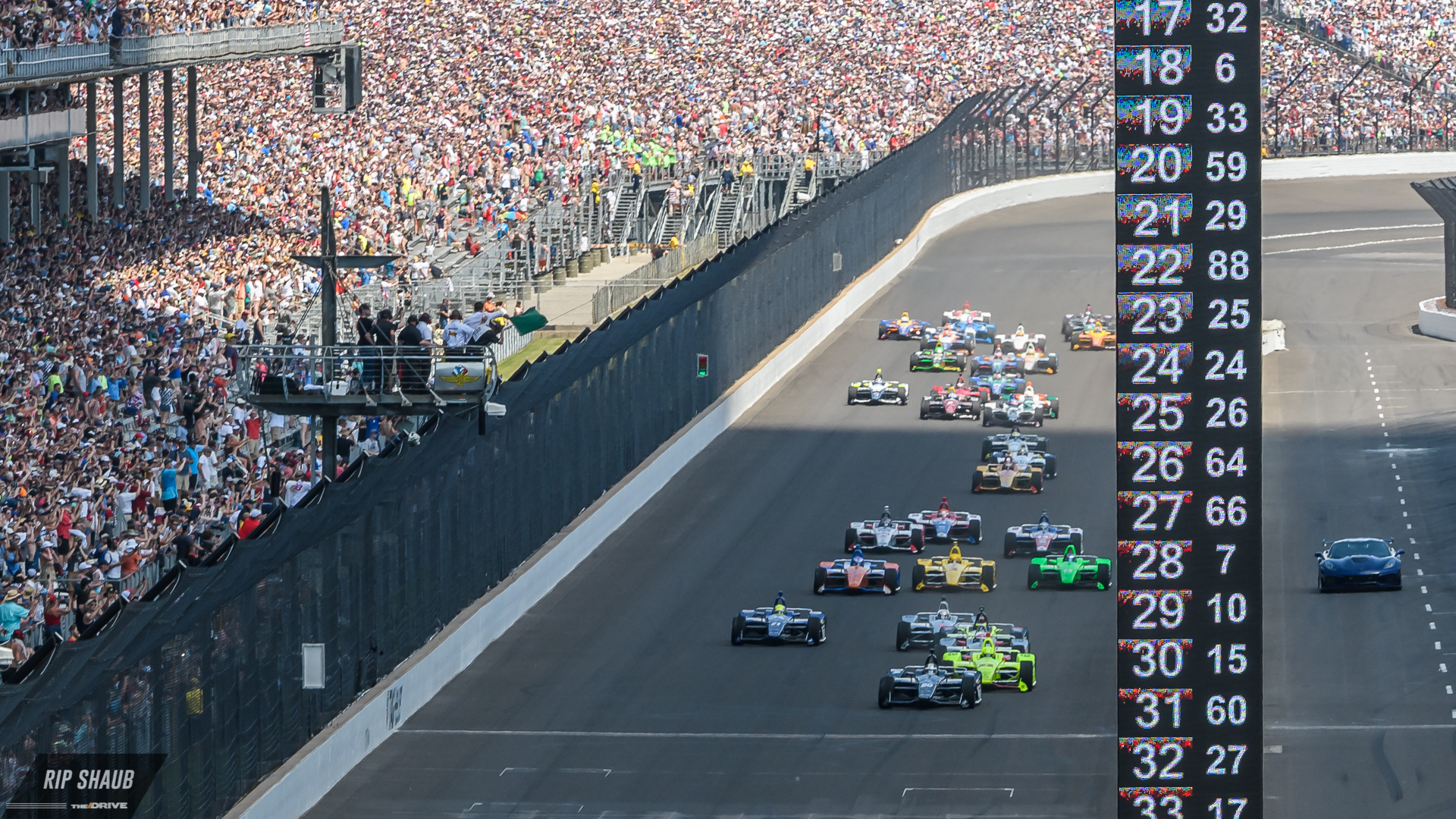 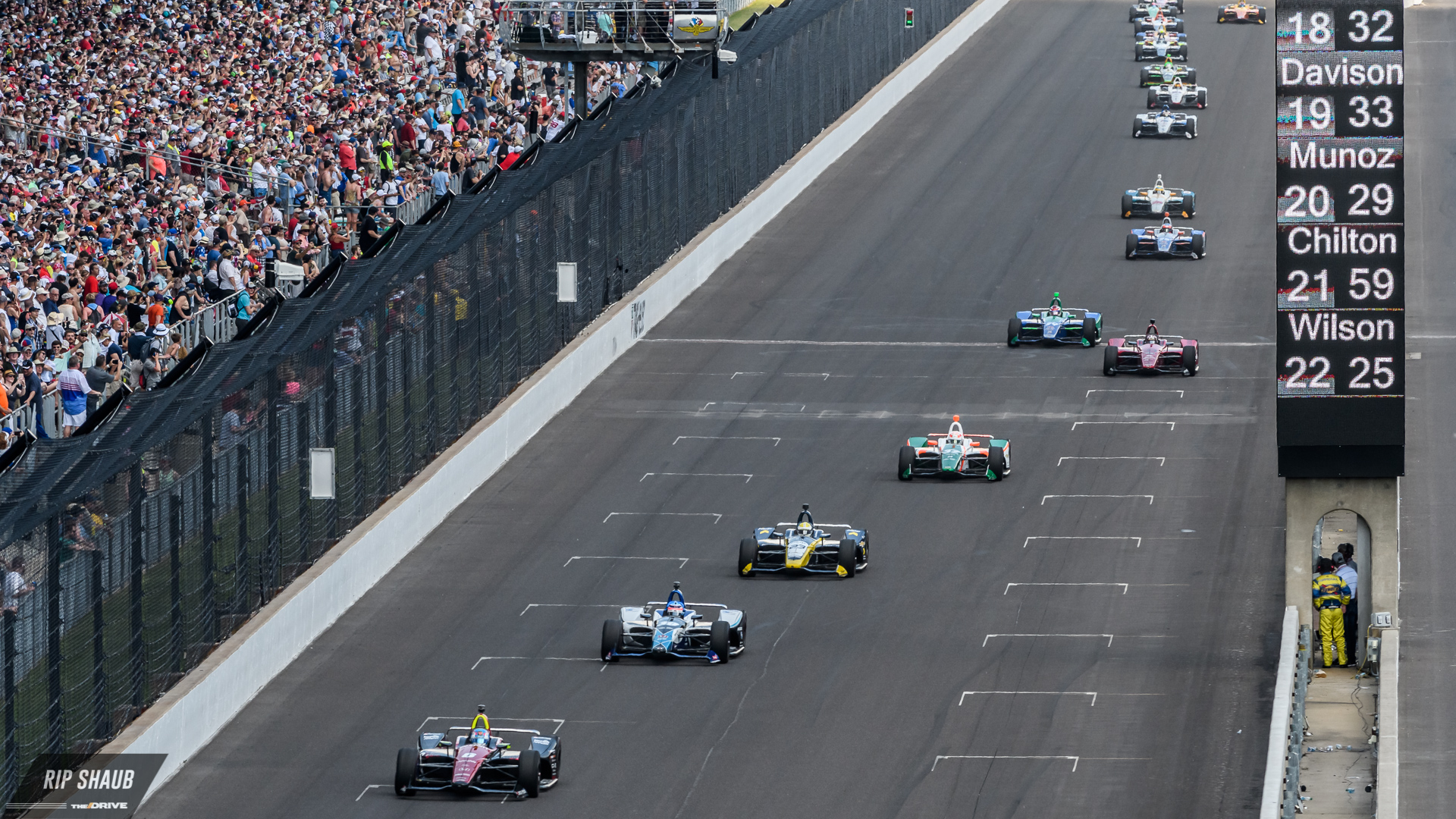 Further down the field, drivers like Scott Dixon, Danica Patrick, and Tony Kanaan followed a similar “fly-under-the-radar” type of strategy as Carpenter squeezed the most out of his car at the front of the 33-car field. However, while the drivers took it easy on their equipment early on, Mother Nature’s torturous agenda was just getting started as the race progressed into the first hour of running time, with ambient temperatures quickly reaching 92 degrees and matching the highest-ever race-day temperature recorded back in 1937. Just a few minutes later, announcers proudly informed racegoers that they were officially part of history, as temperatures exceeded 93 degrees, beating the all-time record by a single digit. On the tarmac, track temperatures exceeded 130 degrees. 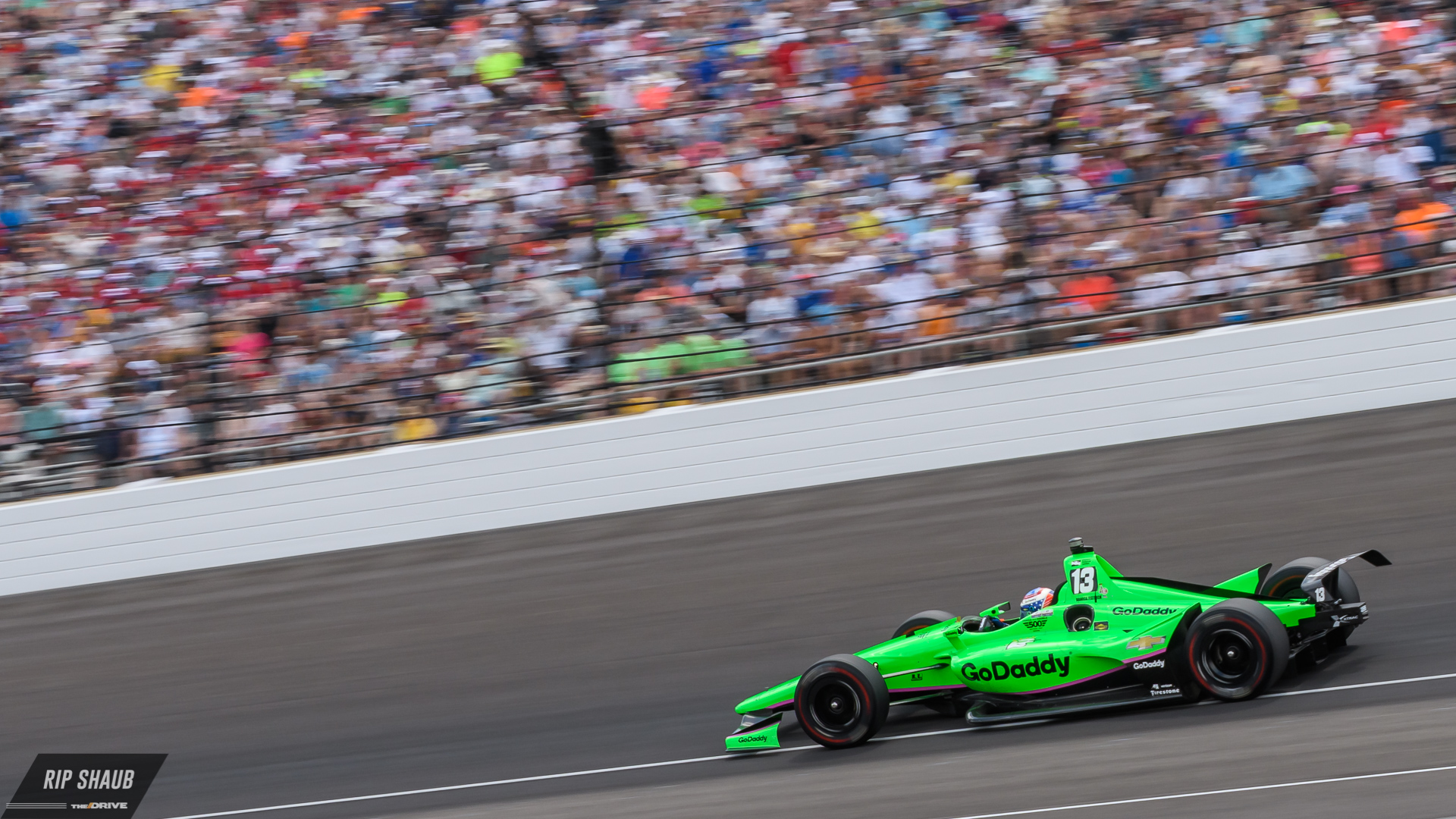 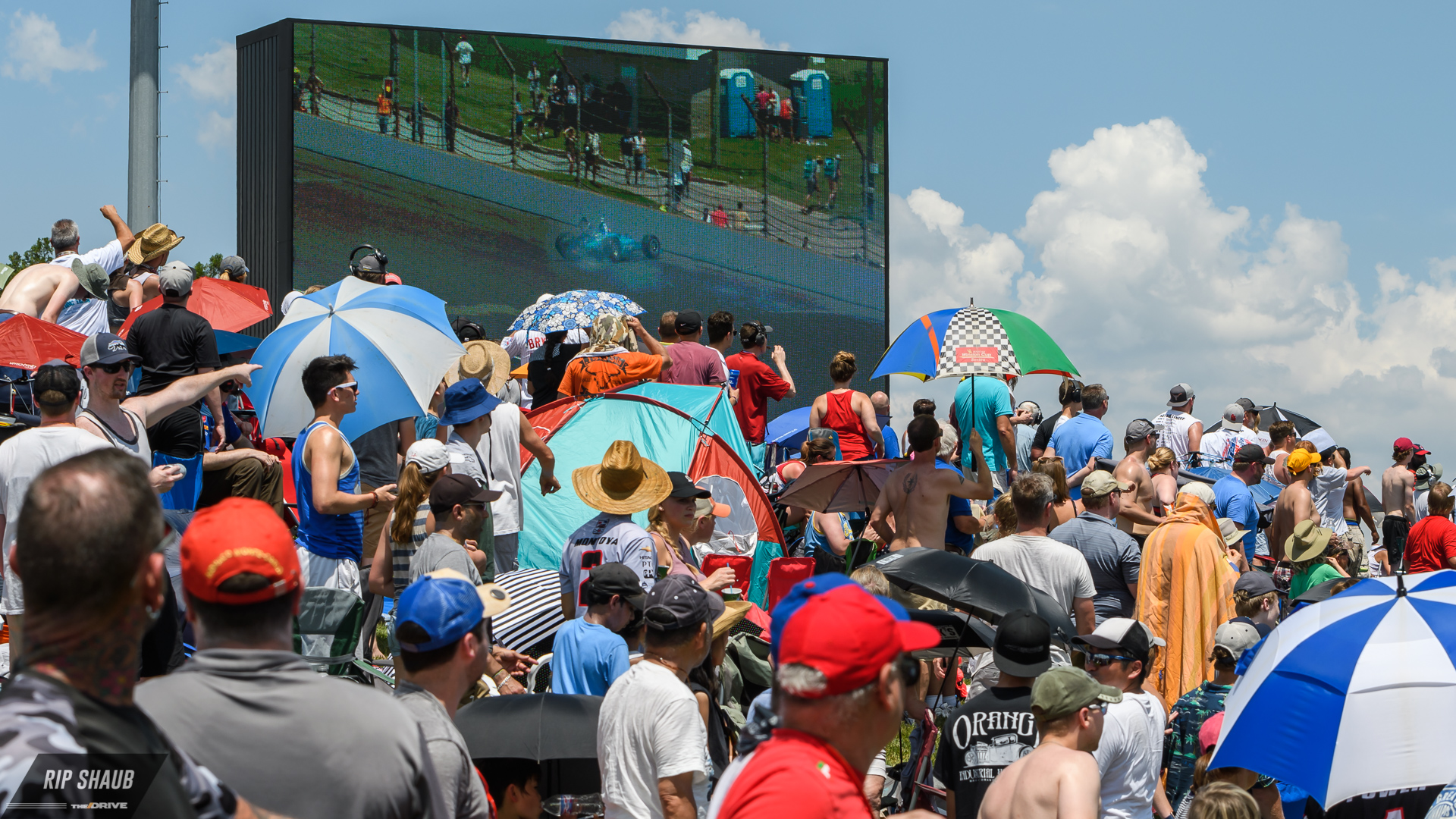 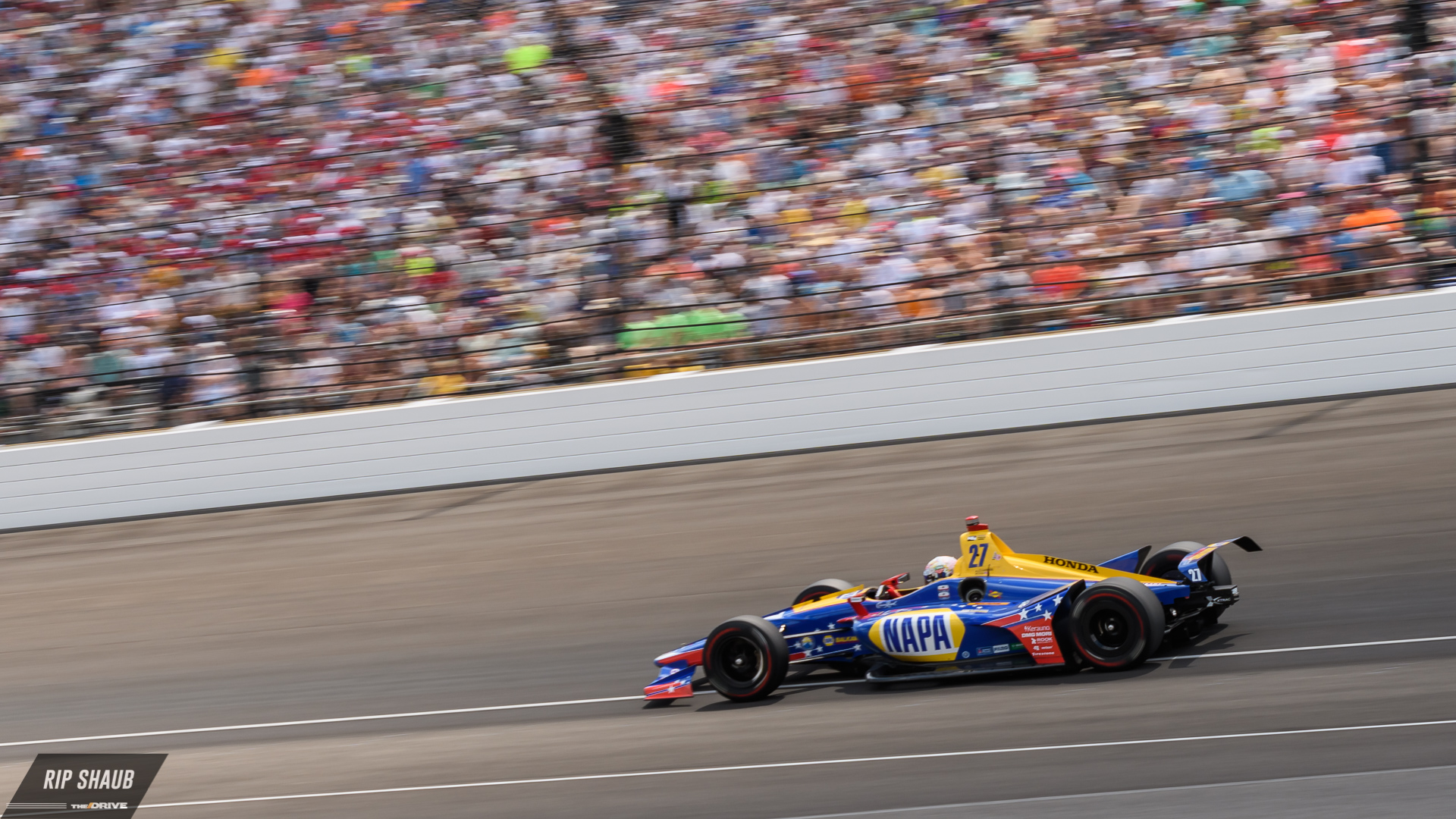 Whether the high temperatures had something to do with it or it was purely an incident, James Davidson had to back off the throttle due to a “anti-roll bar jam” which made him a red and shiny roadblock in the eyes of last year’s winner, Takuma Sato, who couldn’t get out of the way fast enough to avoid him. The two drivers retired from the race after the severe crash on lap 48. Later on in the race, it was Ed Jones and Danica Patrick who retired from the race due to similar accidents on lap 58 and 68.

“The car was a little bit positive today and turning more than I wanted it to,” said Patrick to reporters after being cleared from the medical center. “I was just having to chase it a lot.”

From that moment on it seemed that everyone was affected by poor balance, as Sebastien Bourdais, Helio Castroneves, and Tony Kanaan suffered a similar fate. Castroneves went on to say that this was the first time a car had just “over-rotated” that much during a race. 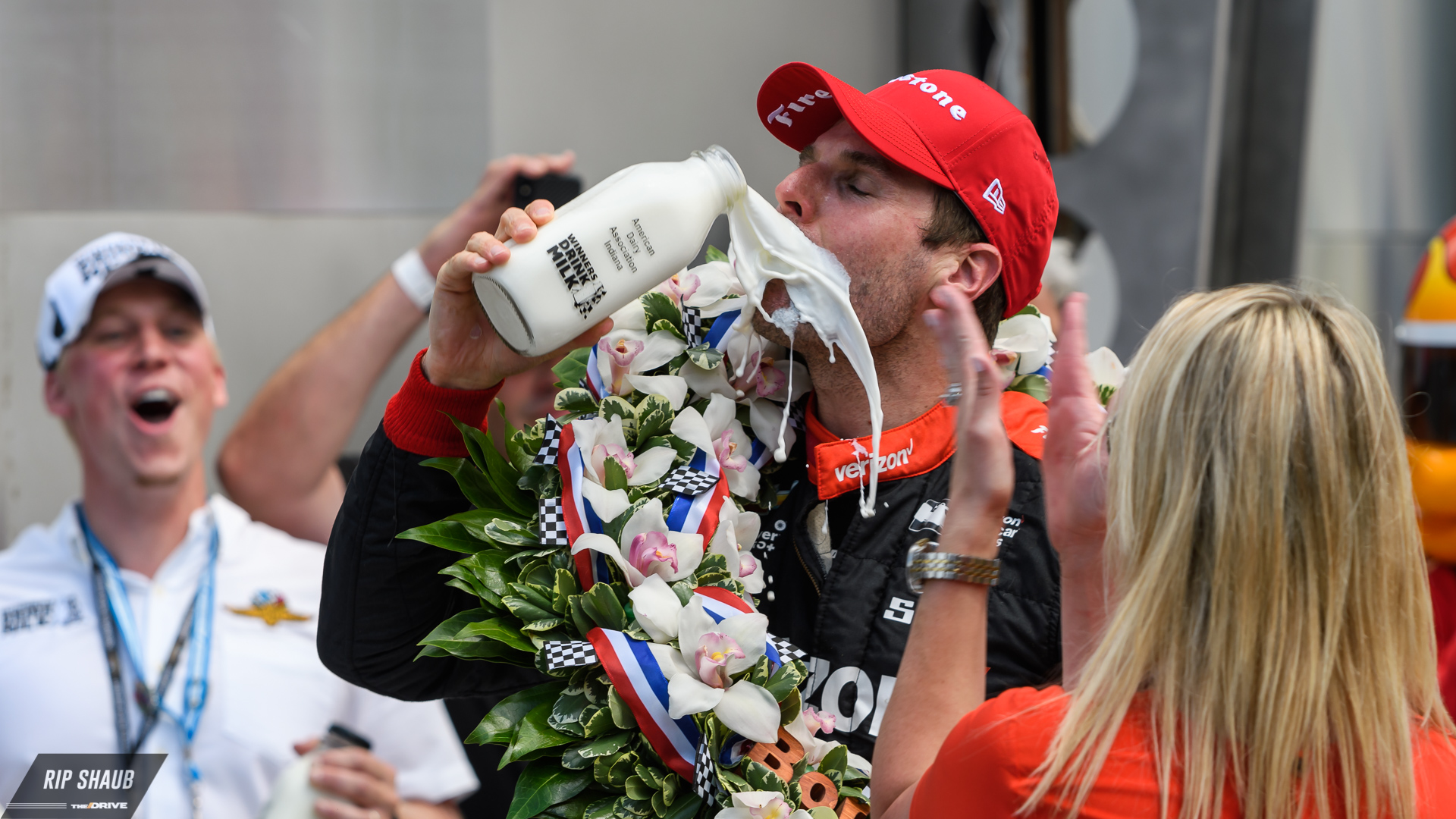 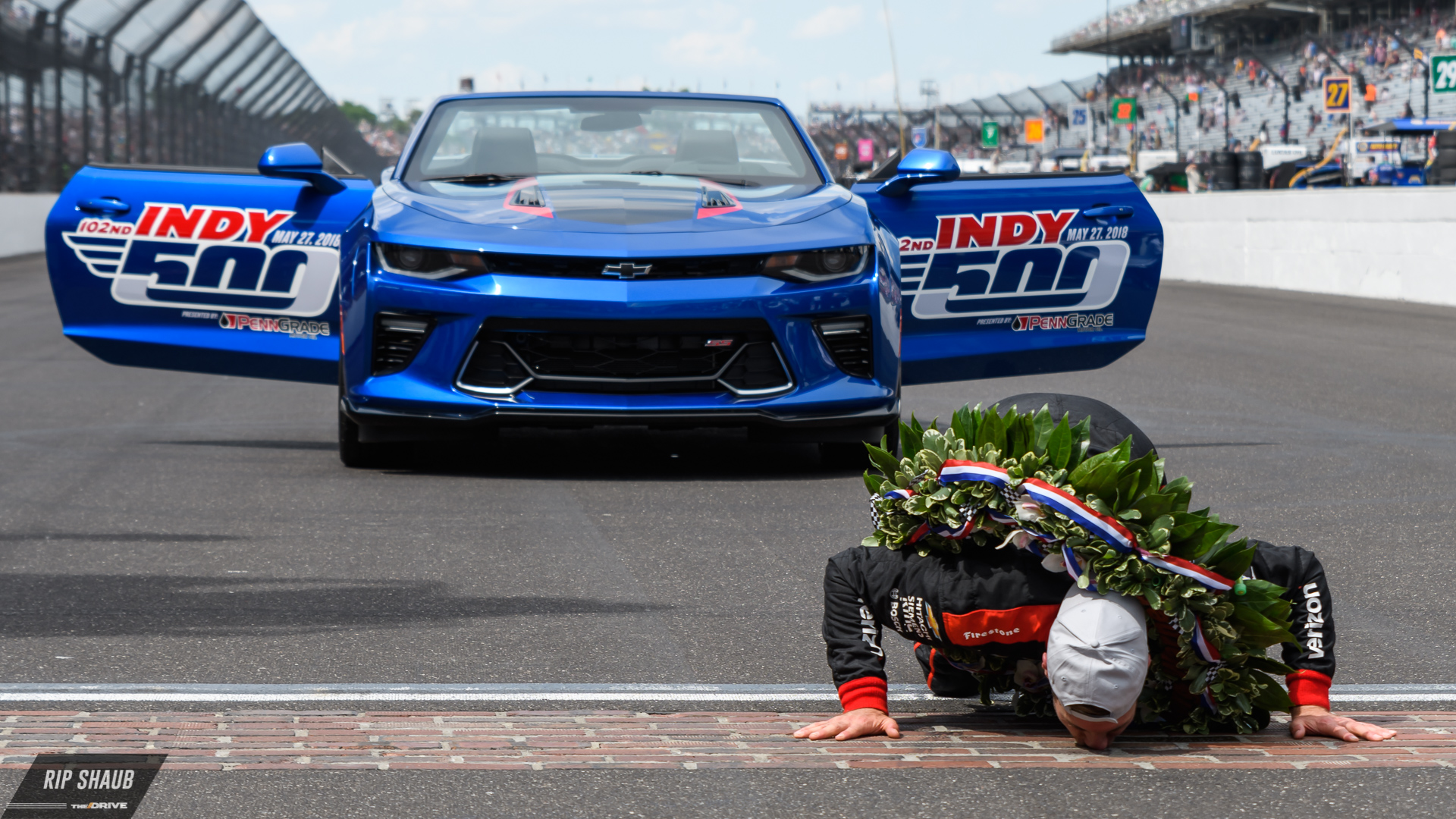 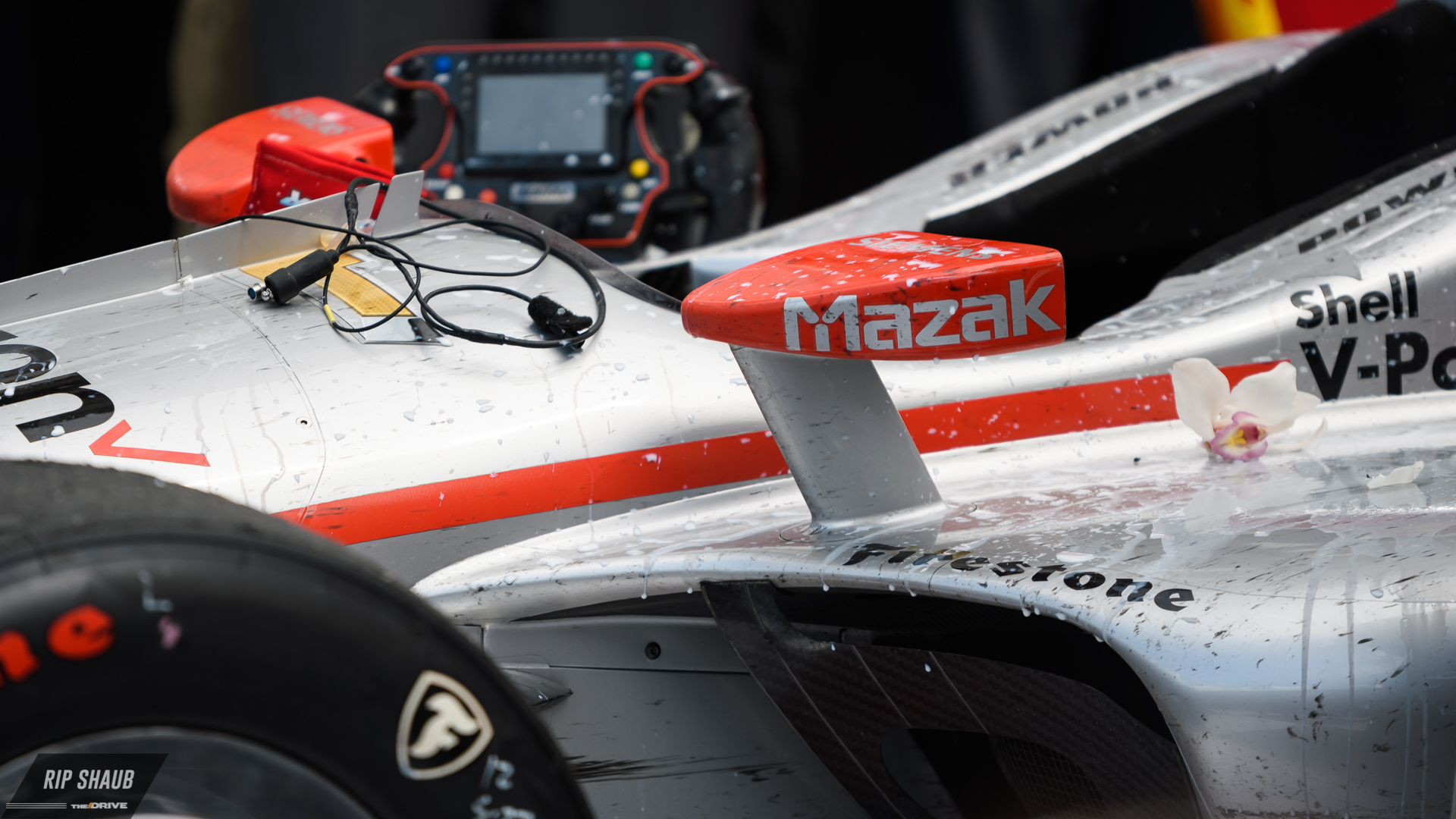 Fans’ excitement level grew as the last restart of the Indy 500 took place with only seven laps to go, and Stefan Wilson, the brother of the late Justin Wilson, and Jack Harvey led the field. Unfortunately, neither one of them could make their fuel strategies work in their favor, so they both had to pit with just three or four laps left, relinquishing the lead of the race to Will Power. The rest, is history.

“I come all the way from Toowoomba, Australia, I never expected to be a racing driver,” said Power as he came to terms with reality. “Yet, I’m here. I can’t believe I won the Indy 500.”

“I drove my ass off because I had all of those guys behind me, that’s all I did.”

All in all, Power and Penske took two victories at the Indianapolis Motor Speedway during the month of May, boosting the entire organization’s morale as they head to Detroit for next weekend’s Grand Prix. 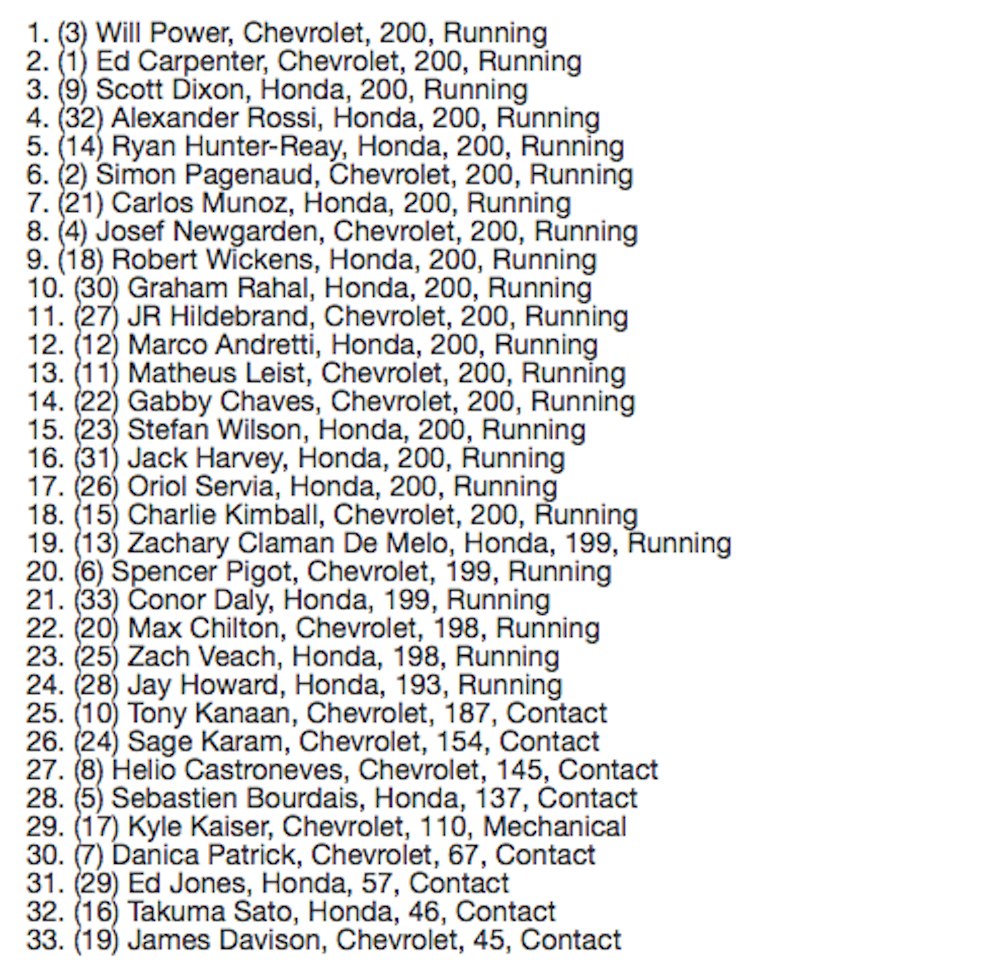