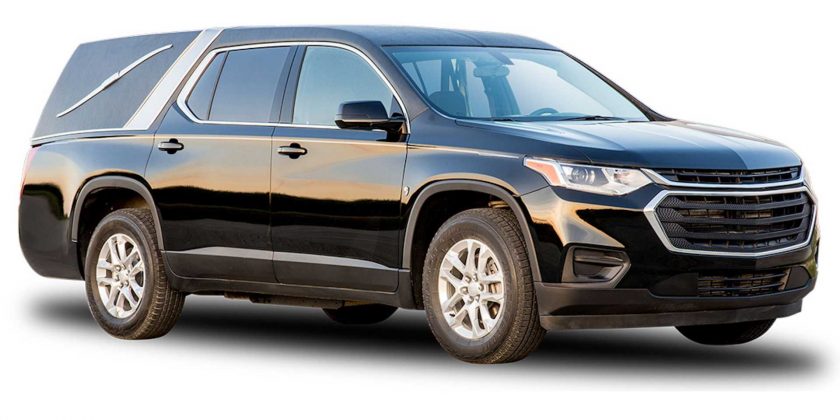 The crossover makes room for a casket.

Many of us get our first car ride days after we’re born, strapped in the back seat as precious cargo as our parents take us home for the first time. And many of us will be sitting in the back for our final ride, too, which could be a ho-hum Chevy Traverse. K2 Vehicles offers a line of aftermarket hearses, with one being the popular Chevy crossover. It has a reworked rear-end design for the casket, though it looks a bit ungainly.

Inside, the rear seats have been removed to make way for the casket cargo space, which includes floor rollers for easier loading and unloading. The two-seat crossover sports a custom rear end where it appears K2 Vehicles replaced everything from the second-row doors back. The rear overhang is significantly extended, which is accompanied by a longer landau style roof that sports chrome trim – a hallmark hearse design trait. 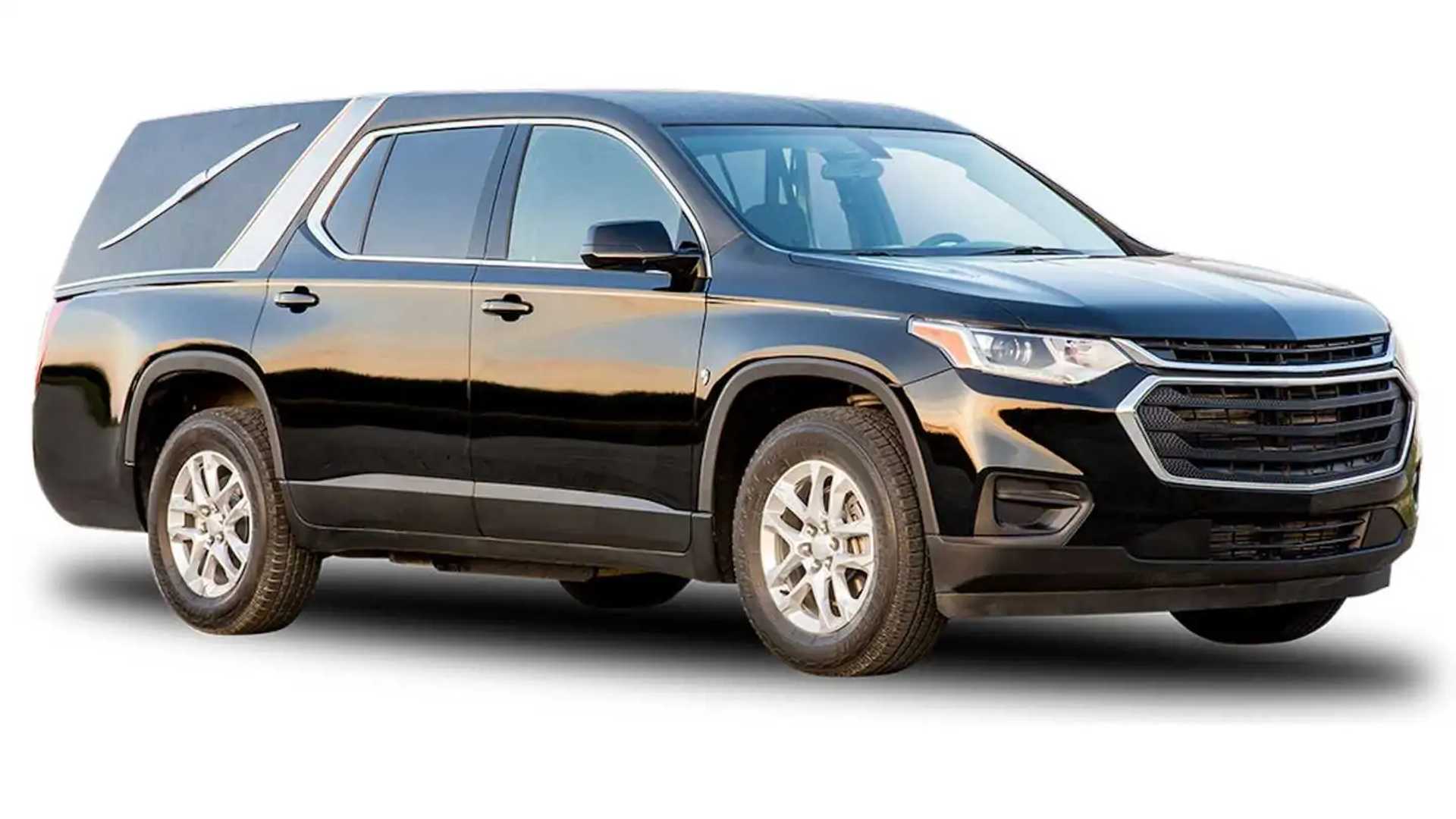 The revamped rear gets new taillights, new safety markers, and a new side-opening hatch design with even more chrome trim that’s set against the black exterior. According to GM Authority, the Traverse hearse is powered by GM’s 3.6-liter V6 that makes 310 horsepower (231 kilowatts) and 266 pound-feet (360 Newton-meters) of torque. K2 offers it in both front- and all-wheel-drive configurations. Interestingly, the hearse is missing its Chevy branding, including the Chevy bow tie in the front grille.

General Motors is no stranger to hearses. Last year, spy shots emerged of an extra-long Cadillac XT5 that we thought was a limousine. However, the elongated design included a hearse variant, too. Many hearses come from the aftermarket arena, with upfitters turning everyday vehicles into casket carriers. K2 Vehicles offers hearse versions of the Dodge Grand Caravan, Chevy Suburban, Lincoln Navigator, Honda Odyssey, and even the Mercedes-Benz Metris van. There’s no shortage of variety.