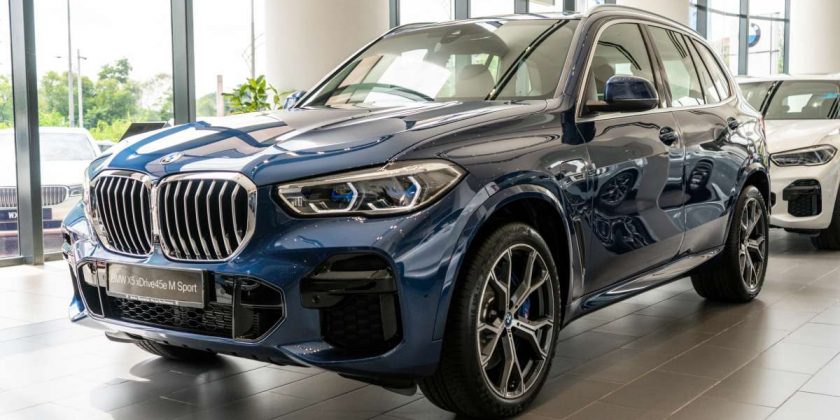 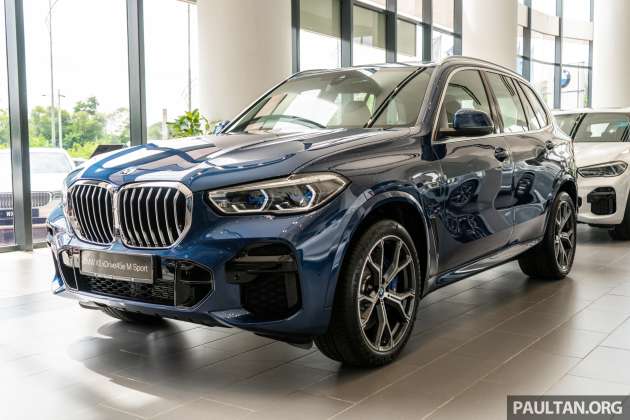 Earlier in June this year, BMW Group Malaysia updated the BMW X5 xDrive45e with some new equipment and we’re now bringing you a full gallery of the revised Sports Activity Vehicle (SAV).

One of the changes is the addition of Laserlight headlamps, which replace the previous adaptive LED system and are identified by hexagonal-shaped LED daytime running lights as well as blue accents within the clusters.

The expanded functionality of the Laserlight system includes “bad weather light” that does what the now-deleted front fog lamps used to do, along with auto high beam to prevent dazzling other road users. Elsewhere, the pre-update SUV’s 20-inch star-spoke (style 740M) two-tone alloys have been substituted with larger 21-inch Y-spoke (style 741M) units in Orbit Grey.

The X5 also gains rear side airbags to bring the total airbag count to eight, and there’s now Active Protection that closes the windows and sunroof and pre-tensions the seat belts if the car detects an imminent collision. Unchanged is the Driving Assistant suite with autonomous emergency braking, lane keeping assist and blind spot monitoring, so you still won’t get Level 2 semi-autonomous driving features like adaptive cruise control and lane centring assist.

Other returning features include BMW Live Cockpit Professional that is made up of two 12.3-inch displays (one as a digital instrument cluster and another being a touchscreen for the infotainment system), dual 10.2-inch touchscreens for rear passengers, BMW Display Key, Parking Assist, a hands-free powered tailgate, a 360-degree camera as well as a 16-speaker Harman Kardon surround system.

Said electric motor draws power from a 24-kWh lithium-ion battery, which provides up to 77 km of all-electric range when fully charged. An onboard AC charger (Type 2 connection) takes in a maximum of 3.7 kW, and with a charger capable of delivering that amount of power (like the BMW i Wallbox), a full charge will take six hours and 50 minutes. It’s 10 hours and 30 minutes with the supplied portable charger and a three-pin, 240-volt domestic socket.