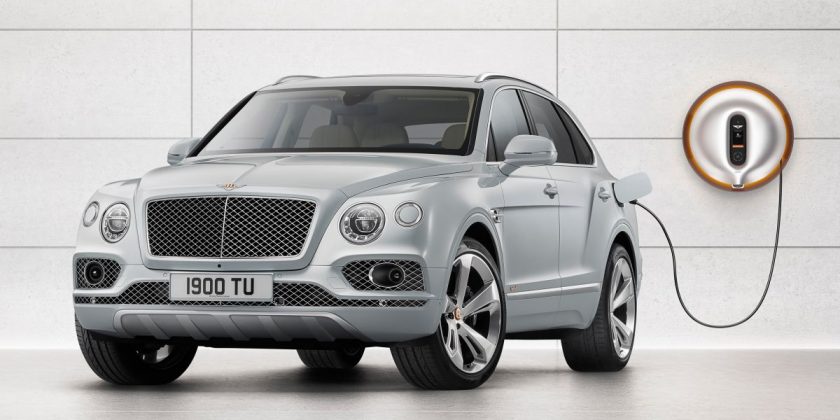 As part of its Beyond 100 strategy, Bentley has announced that it will be moving towards full electrification and switch its entire model range to battery electric powertrains by 2030.

The Crewe-based luxury automaker will launch its first fully electric model in 2025, and its model range will be comprised of plug-in hybrids and fully electric models from 2026; new Bentleys will no longer feature purely internal combustion engines from this point onwards. In March, Bentley unveiled the EXP 100 GT concept with a battery range of 700 km.

Bentley unveiled its first electrified model, the Bentayga Hybrid in March 2018, which offered a pure electric range of 50 km from its 17.3 kWh lithium-ion battery pack that can be fully charged from a 120-volt domestic household socket in 7.5 hours, or 2.5 hours if a 240-volt industrial charging socket is used. Beyond tailpipe emissions, Bentley is also moving towards zero-emissions mobility, where the production facility in Crewe was certified carbon-neutral by the Carbon Trust last year. The brand has also committed to reducing the environmental impact of its factory by 75% by 2025 set against a 2010 baseline, including the aim of becoming plastic-neutral.

This will result in a climate-positive factory by 2030, says Bentley, where the facility will be actively reducing the levels of carbon in the atmosphere while the business invests in renewable energy and forestation projects at the same time, it said.

This followed the implementing of solutions such as a water recycling system in its paint shop, local tree planting, the installation of a 10,000 solar panel car port for a total of 30,000 solar panels, and switching to renewable electricity sources. The Beyond 100 strategy also aims to make Bentley “the world’s benchmark luxury car business,” one that is financially resilient and recession-proof, said the British luxury brand. A voluntary release and redundancy programme was previously announced, initially to reduce its workforce by 1,000 permanent positions, though this was revised to 800 positions, including around 200 contractor positions.

The success of the voluntary release programme has resulted in a much smaller number of those remaining at risk of compulsory redundancy – less than 10 – and the company continues to research opportunities to avoid further lay-offs. The cost and investment structure has put the business in a position to show positive financial performance for the full year of 2020 despite extenuating circumstances, said Bentley.