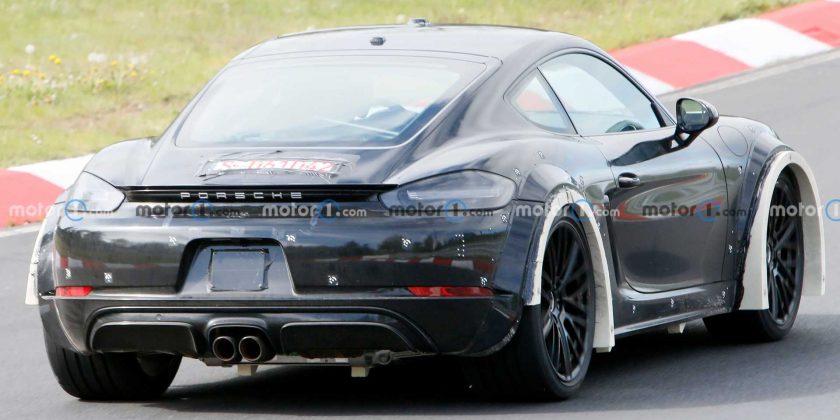 What could it be?

Here is an interesting mystery. Porsche is testing a 718 Cayman with widened fenders, but the real question is what the company is developing here.

The fender extensions are clearly placeholder pieces, but their purpose isn’t entirely clear. The track isn’t actually much wider on this vehicle, so the broader components don’t really seem necessary. 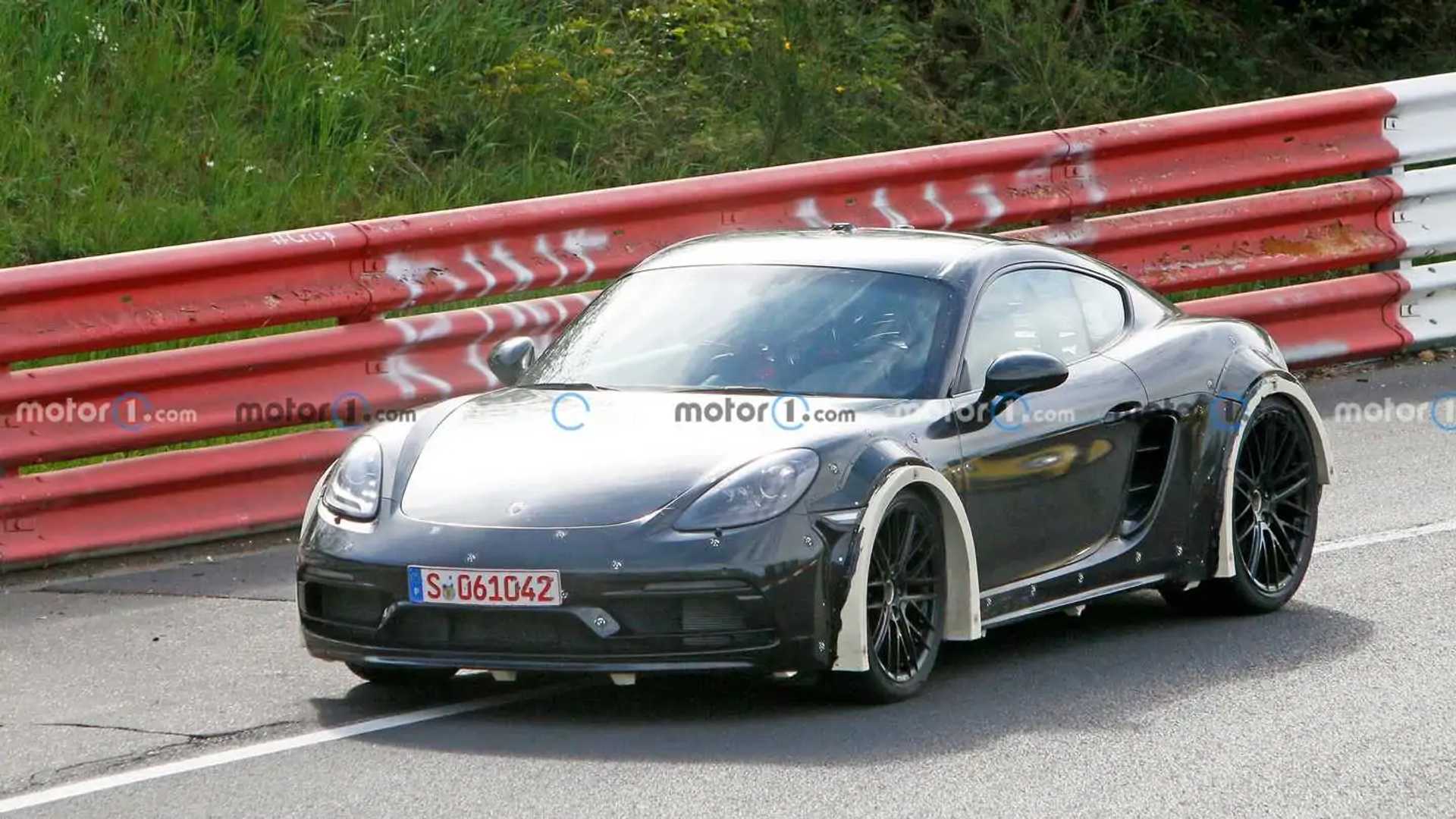 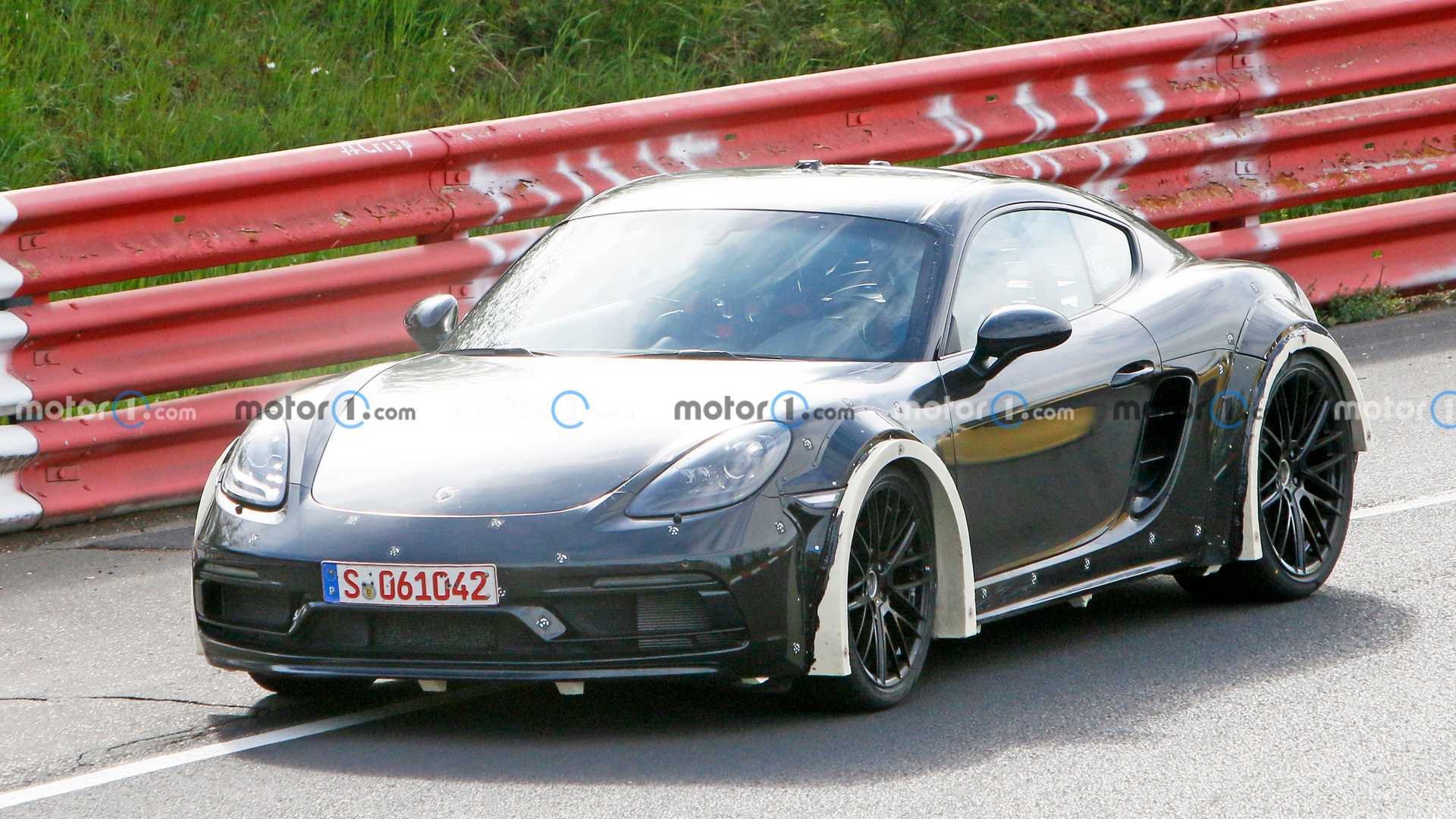 Another odd detail is the decals all over the body. They aren’t identical either. Some of them are simply a single dot with a semicircle around it, but others have more dots. We suspect this might be for some kind of tracking. Perhaps these images function like QR codes, and the engineers can monitor their location from the side of the track.

Alternatively, this could be a form of performance capture. Porsche might be able to monitor the location of the decals and then digitally replace the 718 Cayman for another vehicle.

It’s equally possible that Porsche is preparing the next generation of the 718 Cayman. We wouldn’t expect to see it for several years, though. The current model debuted in 2016, so the engineers might have started working on a successor.

A recent rumor suggested the Boxster and Cayman might become EVs in the future. A concept is allegedly on the way. However, this vehicle doesn’t have the decals that we usually see on electrified models that we see testing in Germany. It’s possible that the company might be preparing both electric and combustion powertrains for the new generation.

We also can’t rule out that this vehicle has nothing to do with the Cayman or Boxster. Porsche might be using the body to fool us so that the company can develop an all-new vehicle.