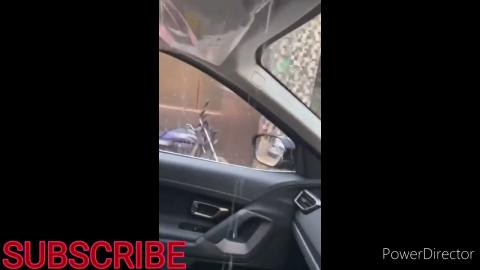 No level of repairs will kill the fear of the failure from the mind of the customer.

BHPian Sanidhya mukund recently shared this with other enthusiasts.

As we have been hearing, the non-sunroof Tata Harrier was susceptible to water leakage issues. I recently came across this video on YouTube that shows a severe case of water leakage in a 2 month old Harrier with Panoramic Sunroof.

It seems to be a case of failed seals/blocked drains, but whatever it is, it must be disheartening to say the least for the owner who must have spent 20+ lakhs on this product. Hope Tata is able to resolve this ASAP.

Here’s what BHPian VKumar had to say on the matter:

Once I was talking to a senior guy from a supplier of Toyota, and all he said was:

“Material is same for all, machines are also same, and technology is also same, production methods and QC methods followed are also same. What differentiates us from them is our people. Every employee working on our production lines is a quality inspector in himself/herself”

These are QC issues which do not occur at a later stage, they are properly built into the car. A leaking sunroof is not just the example of a failure of quality department; which couldn’t timely zero down on the issue – it is simply the example of an employee on the line who didn’t get his part done right.

What’s worse about such experiences? No level of repairs will kill the fear of the failure from the mind of the customer – a customer’s lifetime value of over a crore, just lost at 20 lakh; solely because some guy working at some station in some factory did not perform his duty correctly at some moment of some day!

See, people frequently call the Crysta overpriced, but when they face these issues in their own cars, the first statement they utter is “would have been better if I had bought a Crysta”.

I won’t blame the Harrier here, but I would blame the Tata QC a big time. Take a lac more, but at least give the product which doesn’t fail. Everyone knows that the price of reliability is higher than that of the features.

“Resolving the issues is always ‘just’ the damage control, it is delivering the right product, that performs as per the ‘realistic’ expectations – that earns you the loyalty!”

CHeck out BHPian comments for more insights and information.