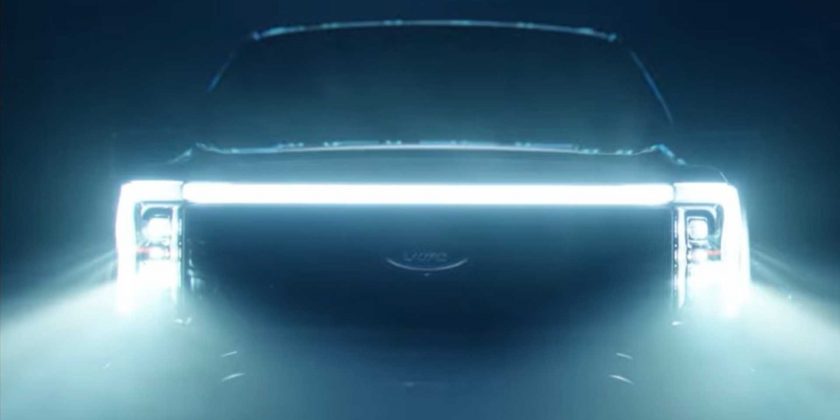 The livestream starts at 9:30 PM ET, but our pre-show begins 15 minutes earlier.

The electric Ford F-150 Lightning debuts May 19 at 9:30 PM Eastern. That’s today and there’s a whole lot of excitement surrounding this debut. The event will be live-streamed right here, as well as shown on a massive screen that covers Ford’s headquarters in Dearborn, Michigan.

The truck will be the Blue Oval’s follow-up EV to the Mustang Mach-E, the SUV that kicked off Ford’s wholehearted approach to make extremely compelling electric vehicles. The Ford F-150 Lightning looks similar to a conventional F-150, which by the way is the best-selling vehicle in the country and has been so for years now.

The biggest hint about the capabilities of the electric F-150 came in July when the company released a video of the truck towing over one million pounds of train cars. This towing claim came under some scrutiny though.

We expect the truck to be AWD and it’ll surely be the quickest F-150, as confirmed by Ford. Electric motors can crank out a ton of power at basically zero RPM, so the electric Ford truck should be fast off the line. We don’t know the power figures for the electric F-150, but we assume the numbers will be similar to the metrics released for the Rivian R1T.

After a quick test drive, President Joe Biden estimated that 0-60 mph (96.5 km/h) acceleration feels like 4.4 seconds or so, which confirms that it is indeed quicker than any other F-150 out there.

We’re surely excited about the big debut of the Lightning and will have more details on the truck this evening, as well as some first-ride impressions soon.