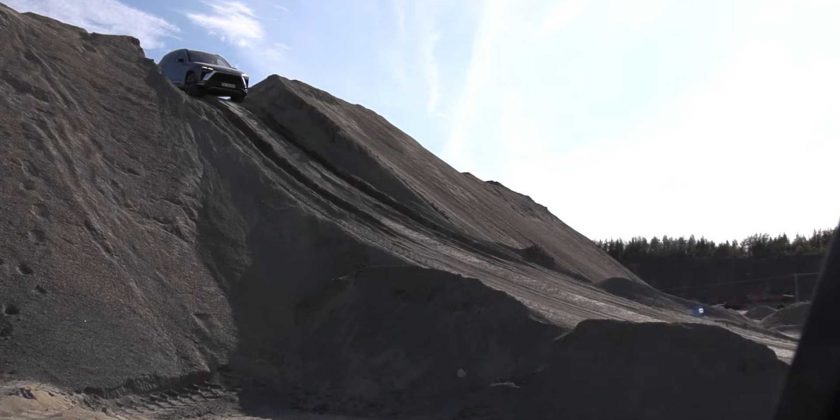 The Chinese EV has a proper software mode and shows what is in front of the vehicle.

Bjørn Nyland recently had an opportunity to test drive the NIO ES8, the Chinese 6- or 7-seat SUV that was recently introduced in Norway, at an off-road demo track.

It was not serious off-roading, of course, but challenging enough to highlight the capabilities of the dual motor, all-wheel-drive ES8 with stock tires and with the air suspension in the highest setting.

The two key features implemented by NIO are the Snow Mode (usable also in softer terrain like sand) and the feature that allows to display footage from the front-facing camera on the center screen, plus an aerial view of the car (360°).

In Snow Mode, the accelerator is less responsive, but it doses the torque extremely gently, allowing easy and smooth starts without tire spins and traction control interruptions. The power distribution is about 50/50 between the axles. Interestingly, this mode works not only when off-roading or in snow/slippery surfaces but also at high speeds if needed.

Bjørn Nyland also demonstrated how easy the NIO ES8 can start and drive uphill as well as downhill. The front camera view and aerial view were very handy and basically a necessity at the final test (at the top of a narrow hill). 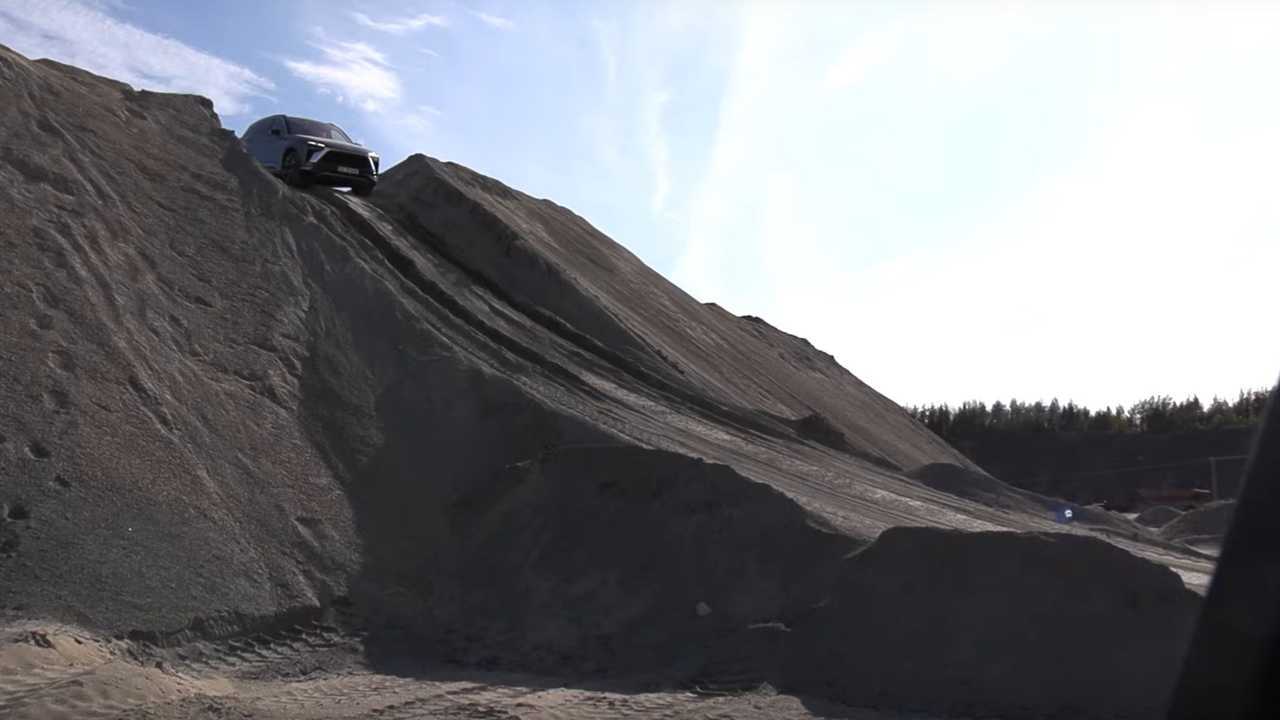 Bjørn Nyland a few times concluded that those are the software features that Tesla needs to implement as well, especially something similar to the Snow Mode.

For us, it’s great to see that electric cars continue to expand the possibilities. The smooth and quiet electric drive with multiple motors (torque vectoring between the axles or even individual wheels), special driving modes, and smart camera views, significantly improve the capabilities of the car.

We must remember that the NIO ES8 is kind of a premium car that’s not even designed for off-roading. If similar stuff were implemented in an off-road EV, ICEs would be doomed.