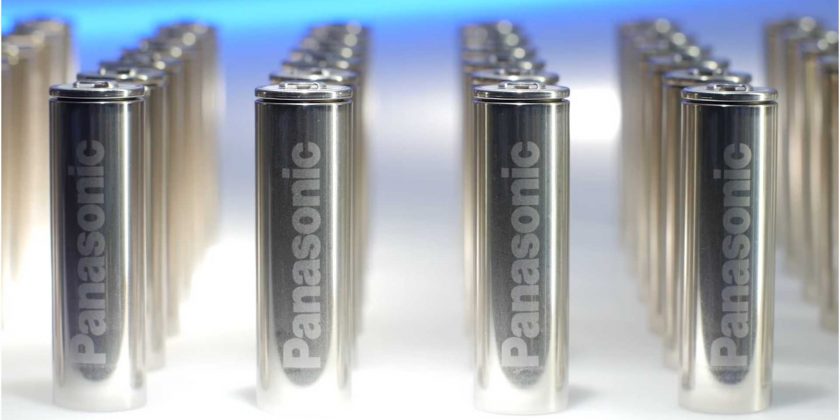 Nearly 90% of Panasonic’s batteries deployed in passenger xEVs went to Tesla in 2020.

As we know from the sales stats, Tesla is the biggest electric car manufacturer globally (even if we include plug-in hybrids), and according to Adamas Intelligence, Tesla is also the biggest player in terms of passenger xEV (BEVs, PHEVs, HEVs) battery deployment – capacity (GWh) and battery materials. Moreover, Tesla is bigger than the next few manufacturers combined!

The key chart, compiled by Adamas Intelligence, shows how Tesla influences its suppliers. Before we go into details, just take a look at how dependent Panasonic’s battery business is on Tesla: 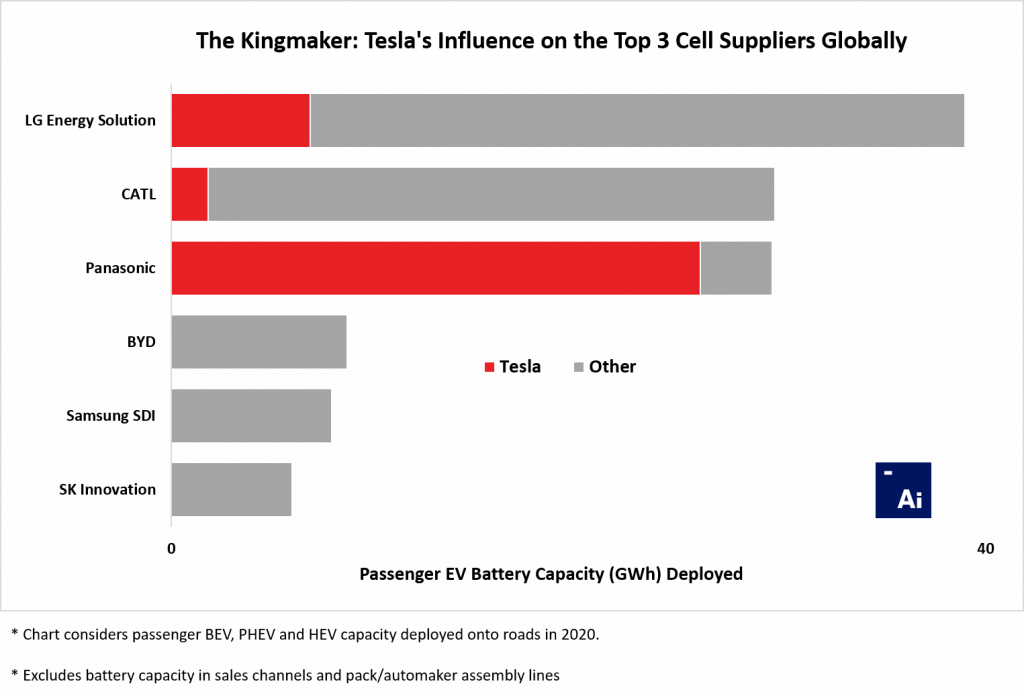 The South Korean company is the largest lithium-ion cell supplier for passenger xEVs globally with probably around 38 GWh deployed in cars sold in 2020.

LG Energy Solution looks very healthy. The volume is growing, the market presence is diversified geographically, there is a high number of various customers and the battery business is profitable.

According to the latest report, Tesla represents “just” nearly 20% of LG Energy Solution’s xEV battery sales. However, that’s still enough to consider MIC Model 3 as the largest project for the company. 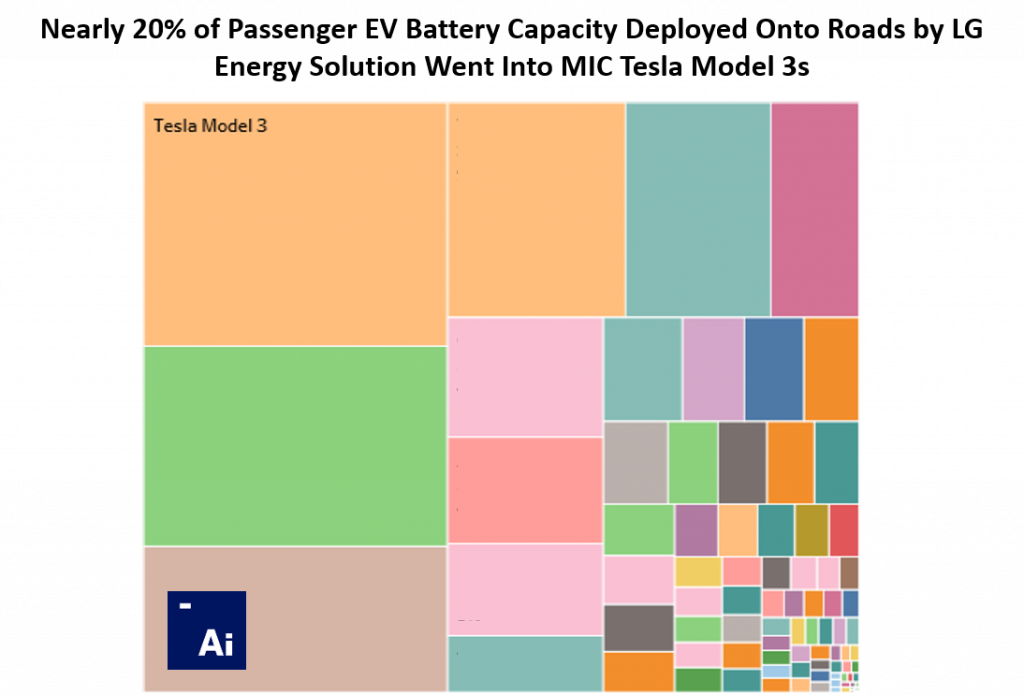 Chinese CATL is even more diversified in terms of the number of customers/cars, but focused mostly in China.

MIC Model 3 with CATL’s batteries launched late in 2020. This is why it’s responsible for less than 10% of the volume.

“In 2020, less than 10% of all passenger EV battery capacity deployed onto roads by CATL went into MIC Tesla Model 3s, making it the cell supplier’s third greatest ‘vehicle’ to market for the calendar year, albeit the fastest growing customer on CATL’s books. Deliveries of CATL-supplied Tesla Model 3s to customers only started in Q4.” 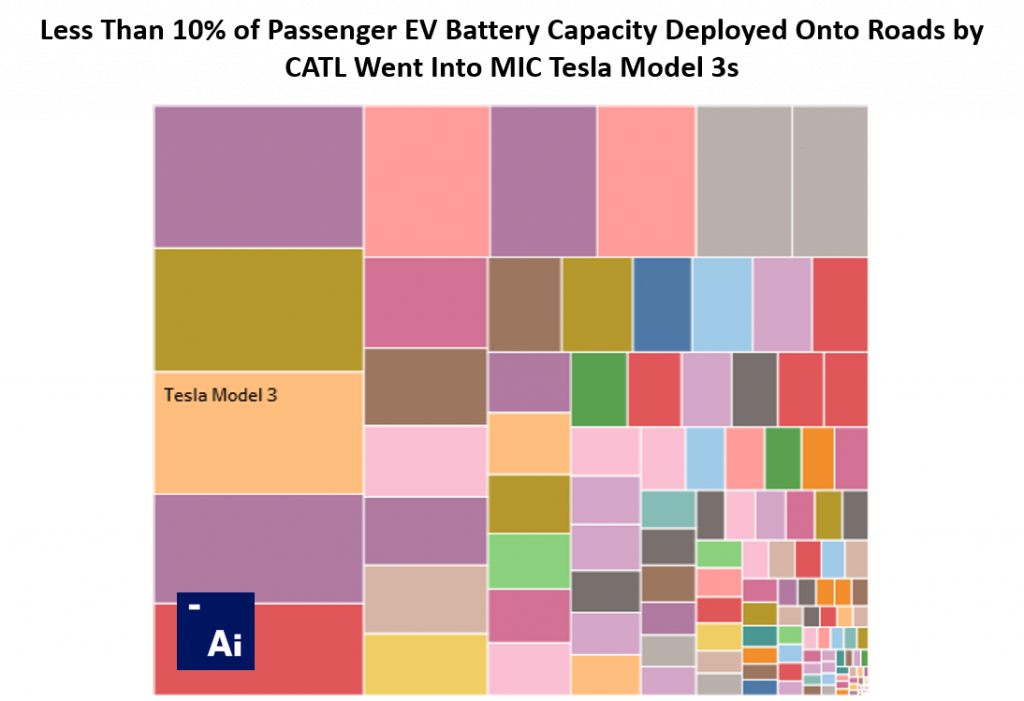 And here is Panasonic, Tesla’s long-standing lithium-ion cell supplier for all models, which for a long time was an exclusive partner.

The Japanese company still is Tesla’s most important battery partner, the biggest supplier in terms of volume, engaged in all the cars on the market, and a manufacturing partner at the Tesla Gigafactory in Nevada.

However, Tesla is responsible for nearly 90% of Panasonic’s total passenger xEV battery capacity deployment, which looks like domination.

“Moreover, in 2020, nearly 90% of all passenger EV battery capacity deployed onto roads by Panasonic went into Tesla battery electric vehicles of all kinds, making it by far and large the cell supplier’s widest channel to market for the calendar year.”

Panasonic sells xEV batteries at a profit, but such high dependence on a single customer, which by the way buys a specific battery format (18650 or 2170), not used by most of the other customers, sounds risky from the business perspective. A deal with Toyota (possible big customer) might improve the balance though. 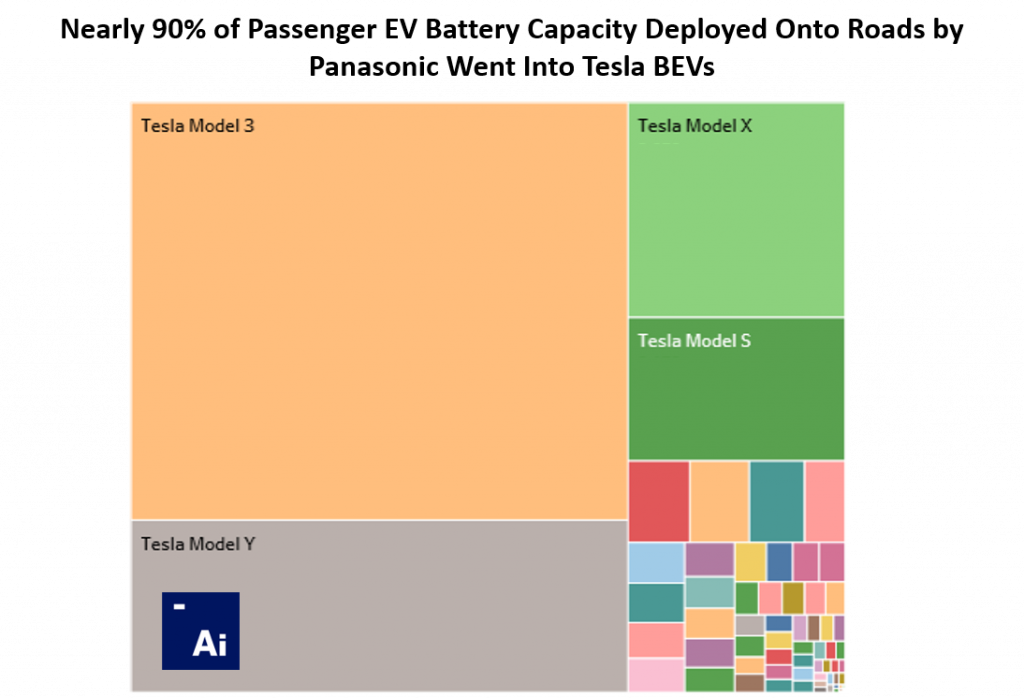 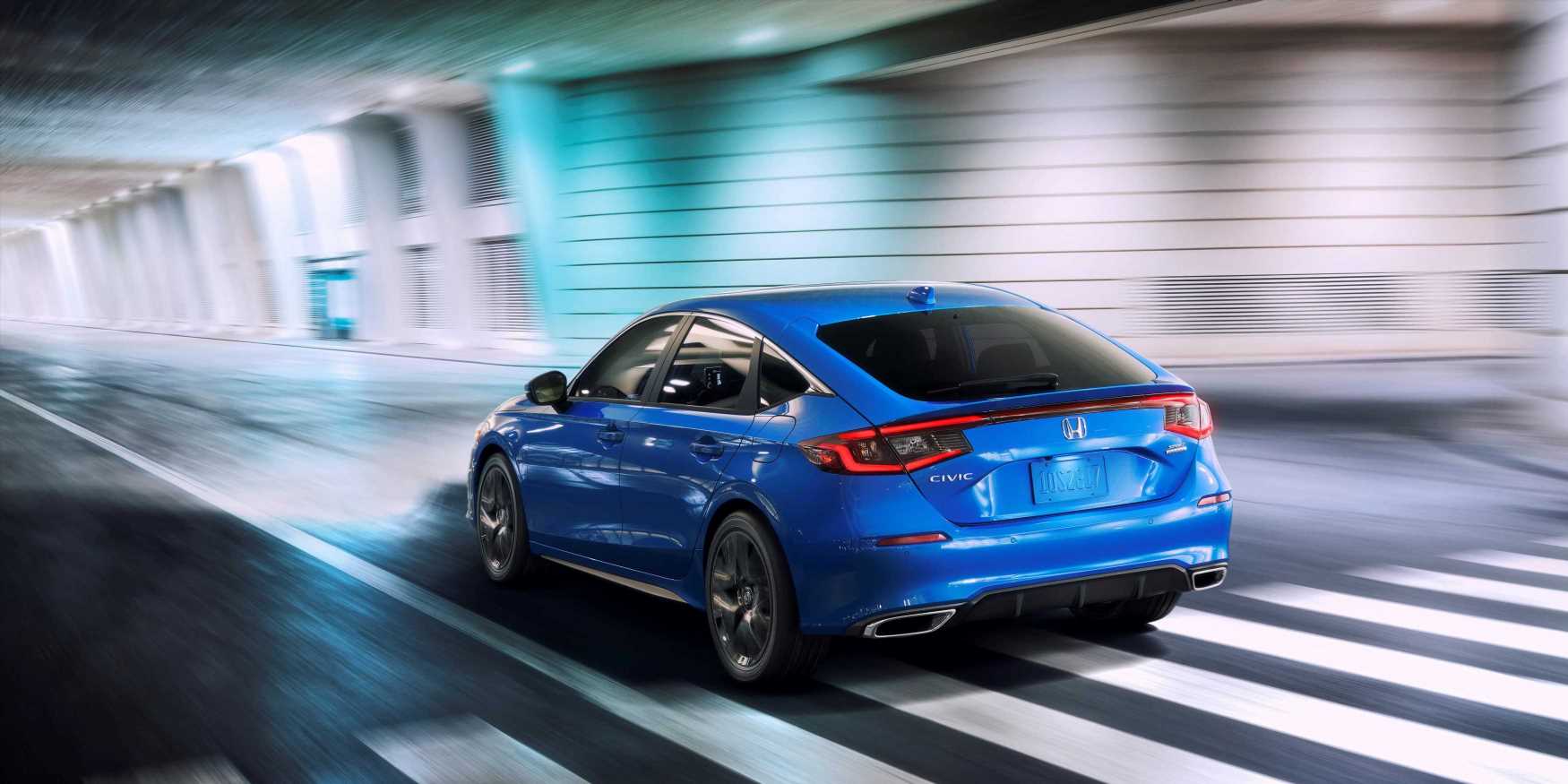