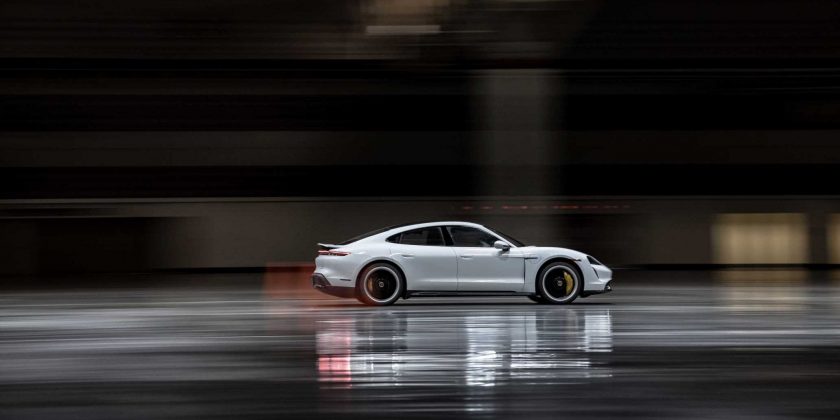 The Porsche Taycan is quick, there’s no question. You likely never thought that it would reset the indoor land speed record, however, and that’s probably because you may not have known such a record existed. It does—and it did! The new indoor land-speed record holder is Leh Keen with a 102.65 mph trap speed.

The strangest speed record fell in New Orleans, Louisiana, at the Ernest N. Morial Convention Center. It shouldn’t come as a surprise that a convention center was used to tackle a record this wild; this Taycan resets the record set in 2013 by rally driver Mikko Hirvonen in a wild Speed Car XTRM Crosskart. And while you might not remember that one, the indoor land-speed record set by Tanner Foust in a 2011 episode of Top Gear USA may ring some bells. That one also falls to this new Porsche record.

Keen told the Guinness World Records, “It truly was like ice—and you’re accelerating flat out, facing a really hard wall at the end. Suddenly, even in a massive space like the one we had, it seems very small.” We’re not surprised that the polished concrete floor of a convention center would be slick, but we are impressed that a car could hit over 100 mph inside a convention center.

This is an odd record, but one we are expecting to see fall again. After all, convention centers have offered event organizers the means to avoid inclement weather for decades. Let’s not forget that there was an indoor drag racing event held in Chicago in 1963.

You can check out the incredible run in the video above.