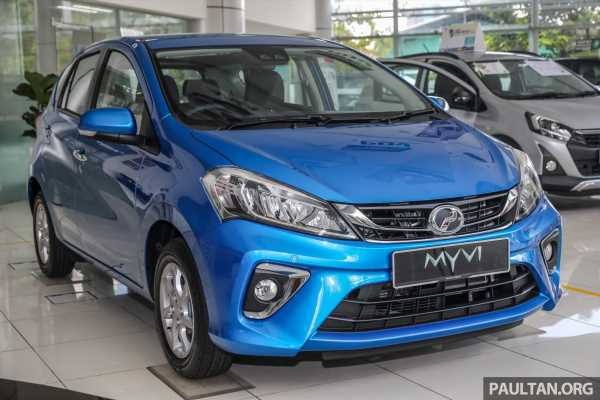 Anything you can do, I can do better? Now Perodua did not say that, but it feels a bit like that. Following Proton’s quick release of October sales figures yesterday evening, P2 has done the same, and the market leader’s sales performance doesn’t just blow everyone out of the water, but its previous record as well.

“In September, we sold more vehicles in a month than in our entire 27-year history and now, we have gone even further. This milestone is important to us in many ways; it underscores our commitment towards delivering our vehicles to their rightful owners as fast as possible while at the same time doing our part to rejuvenate the automotive eco-system,” said Perodua president and CEO Datuk Zainal Abidin Ahmad. Sales aside, P2 is very proud of its contribution to the local automotive eco-system. “In October alone, we purchased some RM600 million worth of parts from local suppliers, thus creating an enormous economic multiplier effect on the local auto eco-system, who too, has been impacted by the pandemic we are now facing,” Zainal Abidin pointed out.

The automotive eco-system includes direct and indirect sectors, such as automotive component suppliers, authorised dealers, stockists, agencies and contractors. Indirect, yet crucial partners include financial institutions such as banks and insurance companies. For some context on the RM600m parts purchase, Proton plans to buy RM1.8b worth of local parts for the X50 programme in one full year.

You need cars to sell cars. That sounds elementary, but with the sales boom created by the government’s sales tax exemption scheme, many carmakers can’t make them fast enough. Perodua’s plants in Rawang are at full steam as we speak. “In terms of production capacity, we are on average at 98% in October 2020 with 26,362 vehicles – which is also our highest-ever monthly production figure – produced at our manufacturing facilities here in Sungai Choh,” Zainal Abidin said, adding that P2 has been following SOPs such as working from home and mandatory testing for those in red zones.

“With the commitment of the suppliers, our dealers were able to sell more vehicles and more importantly, ensure our customers’ happiness as their Perodua vehicles were delivered in the best possible time,” he added.

By the way, Perodua is having a promotion on top of the SST exemption savings, specifically a “cash redemption” (rebate) of up to RM1,500 for the Aruz throughout November. There are also cash rebates of up to RM2,000 for its pre-owned vehicles until December 31. This POV offer is only available at the sales outlet at Jalan Pahang, KL.