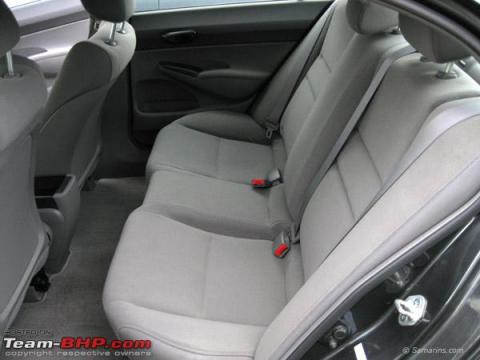 At present, most Indian cars get three-point seatbelts for the front and two rear seats.

The government of India will soon make it mandatory for carmakers to provide three-point seatbelts in all seats of a car, including the rear middle seat. Reports suggest that a formal notification regarding the same could be issued in about a month.

At present, most Indian cars get three-point seatbelts for the front and two rear seats. The middle rear seat is equipped with a two-point seatbelt similar to those in aeroplanes.

Three-point seatbelts are found to be safer than lap belts. The new regulation is expected to improve the overall safety of passengers in case of an accident.

Last month, the Ministry of Road Transport and Highways approved a draft notification that mandates carmakers to offer a minimum of 6 airbags in vehicles that can seat up to 8 passengers.