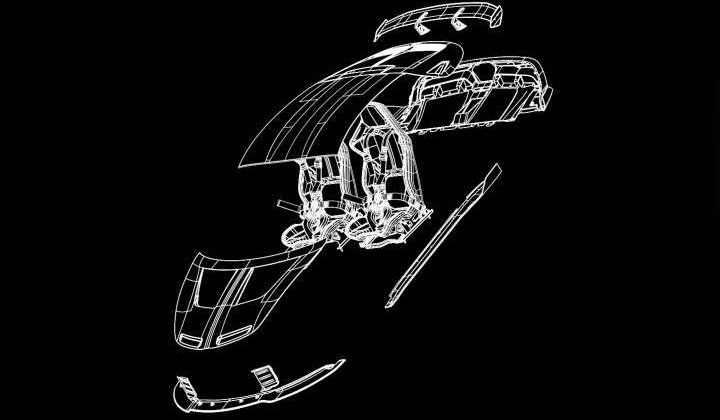 'R for Radical' A110 will be lighter, shaper, and even more attuned to the business of track driving

It was very easy to think of the middle of the decade as some way off when gripped by a heatwave. Now the nights are drawing in, temperatures are dropping, the C-word is cropping up in conversation and it’ll be 2023 before you know it. After that comes 2024, most certainly the middle of the decade, and the year from which Alpine will only make electric cars. The A110 as we know (and love) it will be no more, and that moment is really not far off – see the E-ternite for proof. Time for the last-of-the-line special edition…

Alpine hasn’t been shy in creating limited run A110s, from Colour Editions to Legende GTs. For what we’ll assume is the final one, however, it’s pulling out all the stops. The Alpine A110 R is ‘a radical vision of agility designed for outright performance and breathtaking sensations on the track and on the road’. Which, given the bar set by the standard car in both environments, ought to make for an unforgettable experience.

Details are scarce at the moment, with a full reveal taking place as part of the Japanese Grand Prix next week. That said that diagrams that have been released are interesting, with buckets and harnesses, a big rear wing and a way more aggressive front splitter. There’s clearly some inspiration from the GT4 racer here, and that’s no bad thing.

Moreover, Alpine goes as far as to say that the R is the ‘ultimate expression of lightness and performance’, and insists that the car is designed for ‘unique feelings on the racetrack while remaining road legal’ – all of which suggests an extreme makeover.

The A110 only weighs 1,100kg as standard; if that were nearer a tonne and the power up around the 300hp of the A110 S then the R would be seriously quick – the S is already capable of 4.2 seconds to 62mph and 170mph – but the impression given is of something even more serious. R is for radical, they say…

We don’t have long to see just how radical, with the A110 R set to be unveiled in Japan next Tuesday ahead of a European premiere at the Paris show later in October. Given all that’s been achieved by the Alpine sports car in its short life, expectations are for something truly memorable – the end of an era surely dictates nothing less.