There’s no question that street racing is dangerous, and this Fox-body mustang crash is a terrifying example of everything that can go wrong. While at a street racing event in Denver, the guys of 1320 Video checked out a drag race between two Fox Mustangs with $1,600 on the line. One car was powered by a small-block Ford, and the other had an unknown Chevrolet powerplant. 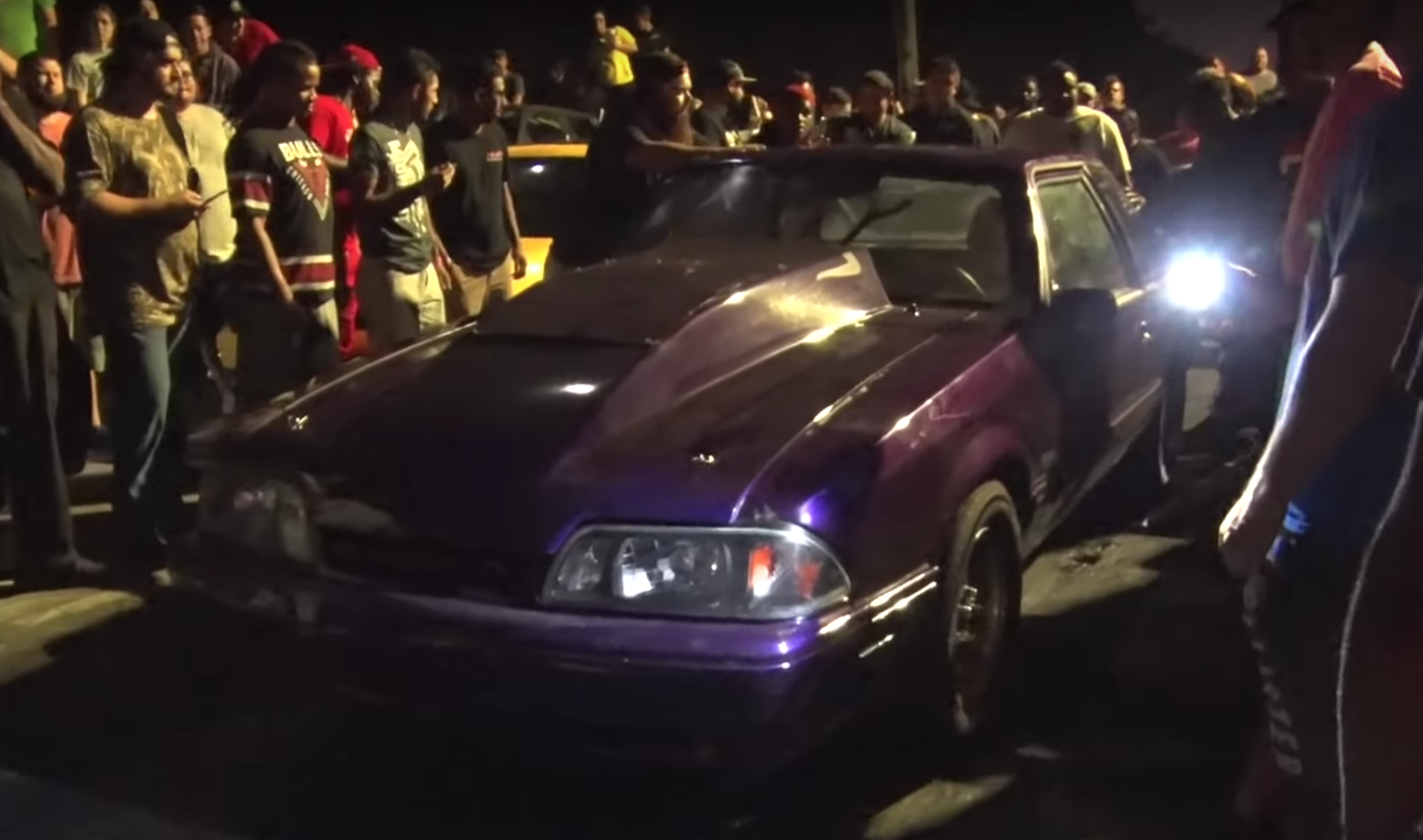 Both cars did their burnouts, backed into the glue, and went for it. The lack of traction caused both cars to scoot around, but the driver of the car in the right lane, couldn’t get it straightened up. The car careened off the road in a slide, and smashed into a telephone pole. Smoke, steam, fluids, body panels and parts exploded off of the car as it came to rest in a heap in the grass.

It was definitely as bad as it looked and the driver is lucky to be alive. Hitting the telephone pole split the car almost completely in half and injured him badly. He was still able to walk away sustaining a broken jaw, broken shoulder, and missing a few teeth. Seeing the carnage, it is clear that the proper safety equipment wasn’t implemented in the build. May this serve as a reminder to never skimp on safety gear when building a high-performance machine.