Next year, GMC’s flagship pickup the Sierra will inherit GM’s hand-sfree driving assist Super Cruise, which by then will be capable of conducting its own passes and even towing a trailer. Sometime after that, GMC will also debut an electric pickup, likely a Sierra EV given the confirmation of an electric Chevy Silverado. So what of the Sierra’s SUV counterpart, the recently redesigned Yukon? Will it get Super Cruise and go electric too?

While testing those new Super Cruise features on a prototype 2022 GMC Sierra, we asked those questions to Phil Brook, GMC’s vice president of marketing. After recalling GM’s plan to implement Super Cruise on 22 models by the end of 2023, he gave us coy answers that seem as far from “no” as he’s allowed to say. 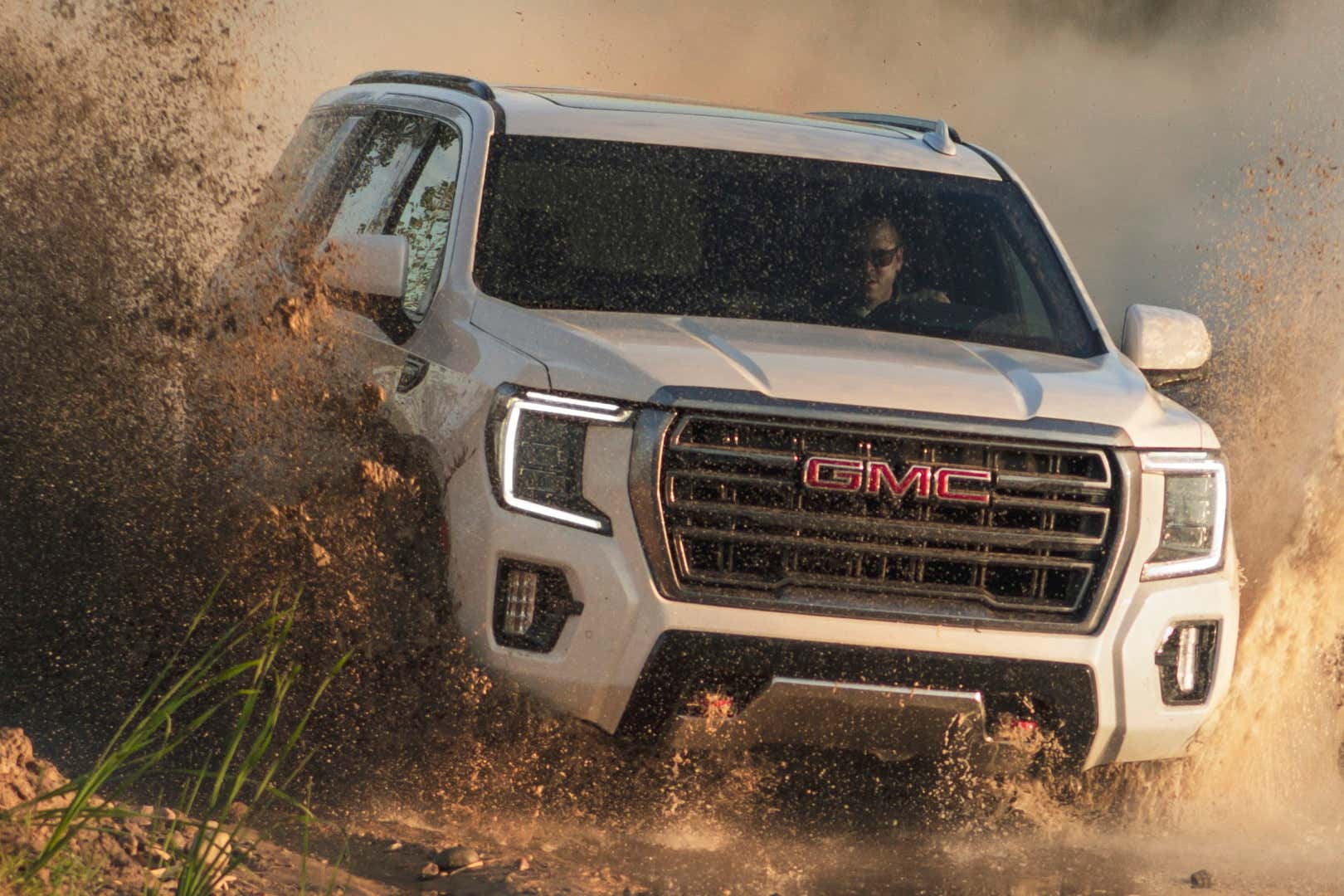 “Some more of those [equipped products] will be GMCs,” continued Brook. “So right now, what we’ve announced is the same system, this latest-generation system will be available on Hummer when it comes, on both the pickup and the SUV, and it’ll be available on Sierra. Then, down the track, we’ll make some more announcements.”

“But could one of those announcements be the Yukon?” we asked.

“You might’ve been in some of our meetings, perhaps, I don’t know,” Brook teased. “I think there’s opportunities, and we’ve just gotta be smart about where we deploy it.”

While adding Super Cruise to the Yukon would not only help it mirror the Sierra it shares so many parts with, it’d also drive it up-market, blurring the line between it and the Cadillac Escalade. There are still plenty of distinguishing qualities between the two family haulers, of course, and GM’s not about to say no to high-margin SUVs. Really, it wouldn’t be surprising to see Super Cruise available on Chevrolet’s offerings down the line, either. 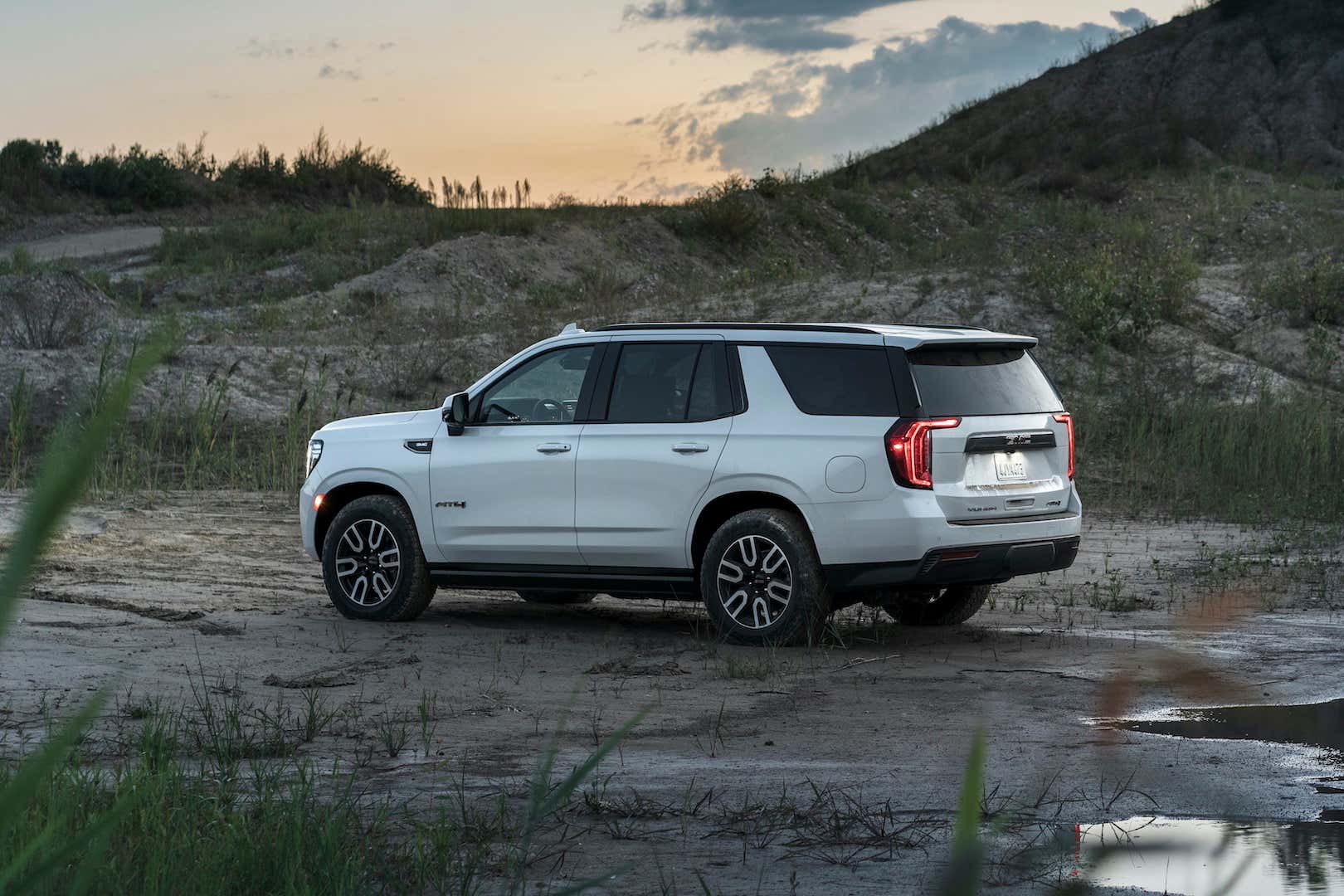 Super Cruise isn’t the only major technology of GM’s that feels ready for the Yukon, either. Now that the auto giant has both confirmed an electric Chevy Silverado and a non-Hummer electric GMC pickup, it seems a no-brainer to adapt these trucks into SUVs—into Tahoe and Yukon EVs respectively. Brook didn’t shoot this conclusion down, though he did emphasize this wasn’t GMC’s only option for exploring electric SUVs. Like the Cadillac Lyriq to the Escalade, he explained, whatever may come doesn’t necessarily have to tread on the Yukon’s toes.

“We’ve come out and said that our ambition is to be fully electric by 2035, so you’re going to see very very broad-scale electrification, and it’s just a matter of the cadence of that, and there’s different ways of doing it. I’ll use Cadillac as an example,” said Brook. “They’re introducing a model, and it’s an all-new model.”

“I think you might find it could be electrification of existing models. It could be new models that are added too,” he said of GMC’s future. “So, there’s a lot of things to play out, and I think a lot of things’ll change. We’ve got plans, and things’ll move and change depending on how the market reacts to certain things.”