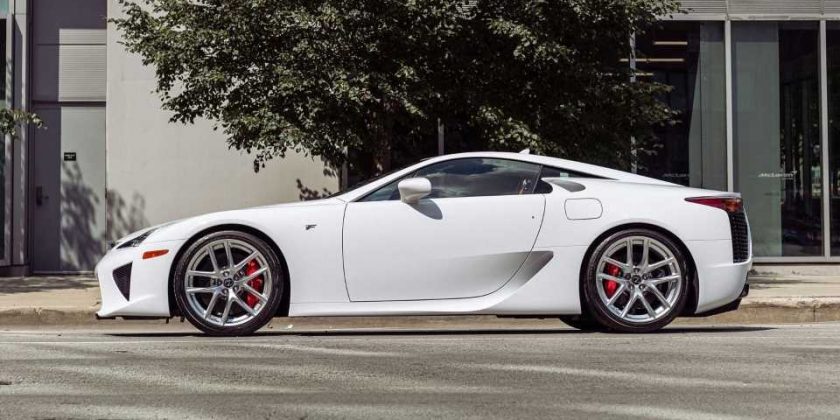 Back in 2005, Lexus debuted its LFA Concept at the North American International Auto Show with great fanfare. When it was finally released for model year 2011, it was a hand-built beauty with an uber-exclusive starting price of $375,000.

Last December marked the 10th anniversary of the start of production of the LFA, and Lexus reported that used models of the car were going for an average of nearly $700,000. With the Nürburgring package, it might be even higher than that, as Barrett-Jackson sold one in 2018 at that rate. Collecting Cars is selling one example now that only has 177 miles on the clock, and it could go for even more. With five days to go as of this writing, the auction price is currently hovering closer to its original selling point. 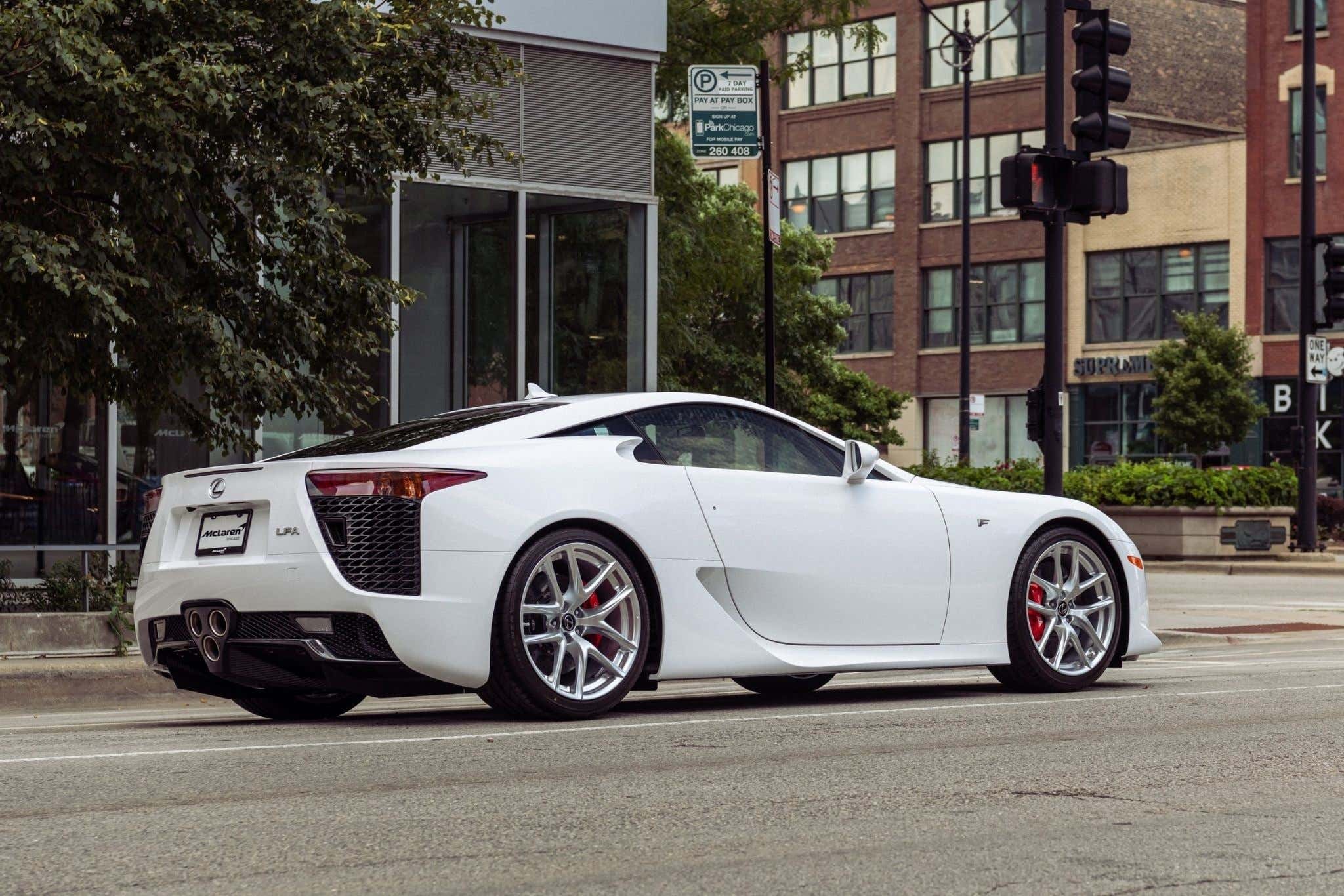 Co-developed with Yamaha, the 4.8-liter V10 engine of the LFA has a distinctively musical exhaust note that out-sings the newer LC500, one of my favorite sports cars on the market. The naturally-aspirated V10 is paired with a six-speed Aisin automated manual transmission with paddle shifters and cranks out 560 horsepower and 354 lb-ft of torque. In contrast, the $100K LC500’s 5.0-liter V8 is larger in displacement but produces fewer horsepower at 471.

The biggest difference to distinguish the LFA is in its heft: it’s lightweight, with carbon fiber body panels on a carbon fiber tub. At 800 pounds lighter than the LC500, this thing can move. 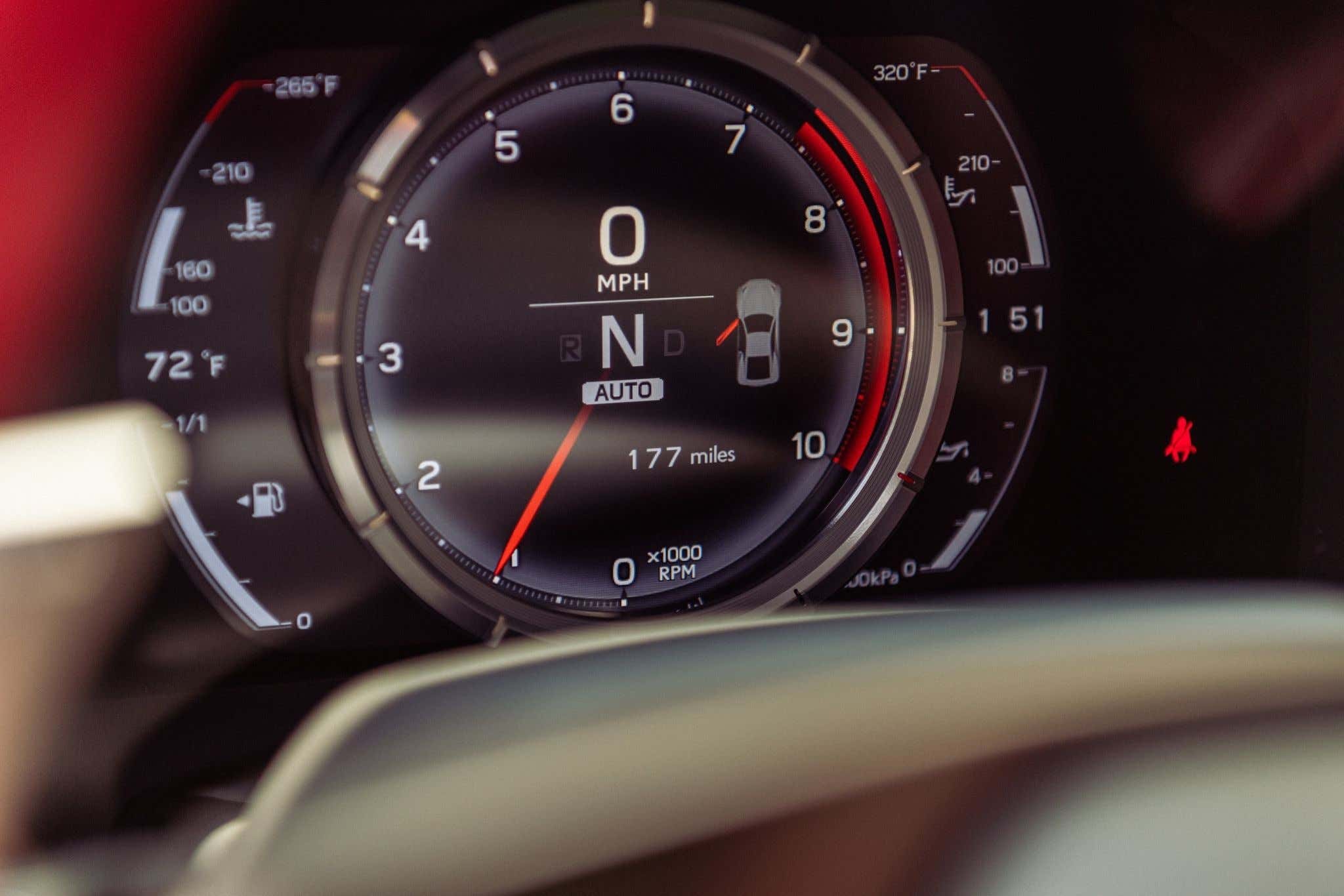 Inside, the 2012 LFA up for auction has contrasting black and red leather on the seats, dash, and door panels in the cabin, and the headliner and roof pillars are trimmed in Alcantara. It contrasts nicely with its bright white Lexus finish on the outside (called, unfortunately, by the lackluster name “Whitest White).

With only 177 miles on it, this thing is so new it’s practically still in the factory. The seats, sun visors, and center console buttons are still draped in its original plastic covering, which reminds me of the plastic-wrapped white couch that used to sit in my grandmother’s living room. Said couch, however, was not worth three-quarters of a million dollars.

If you’re in Chicago and want to take a look at it, the LFA is housed at the McLaren dealership on Randolph Street. Grab a pizza at Lou Malnati’s (the butter crust is the best; fight me) five blocks away and tell them to please send over a few frozen pies, then swing by to check out the LFA in person. The bidding is going to be fast and furious in a couple of days. 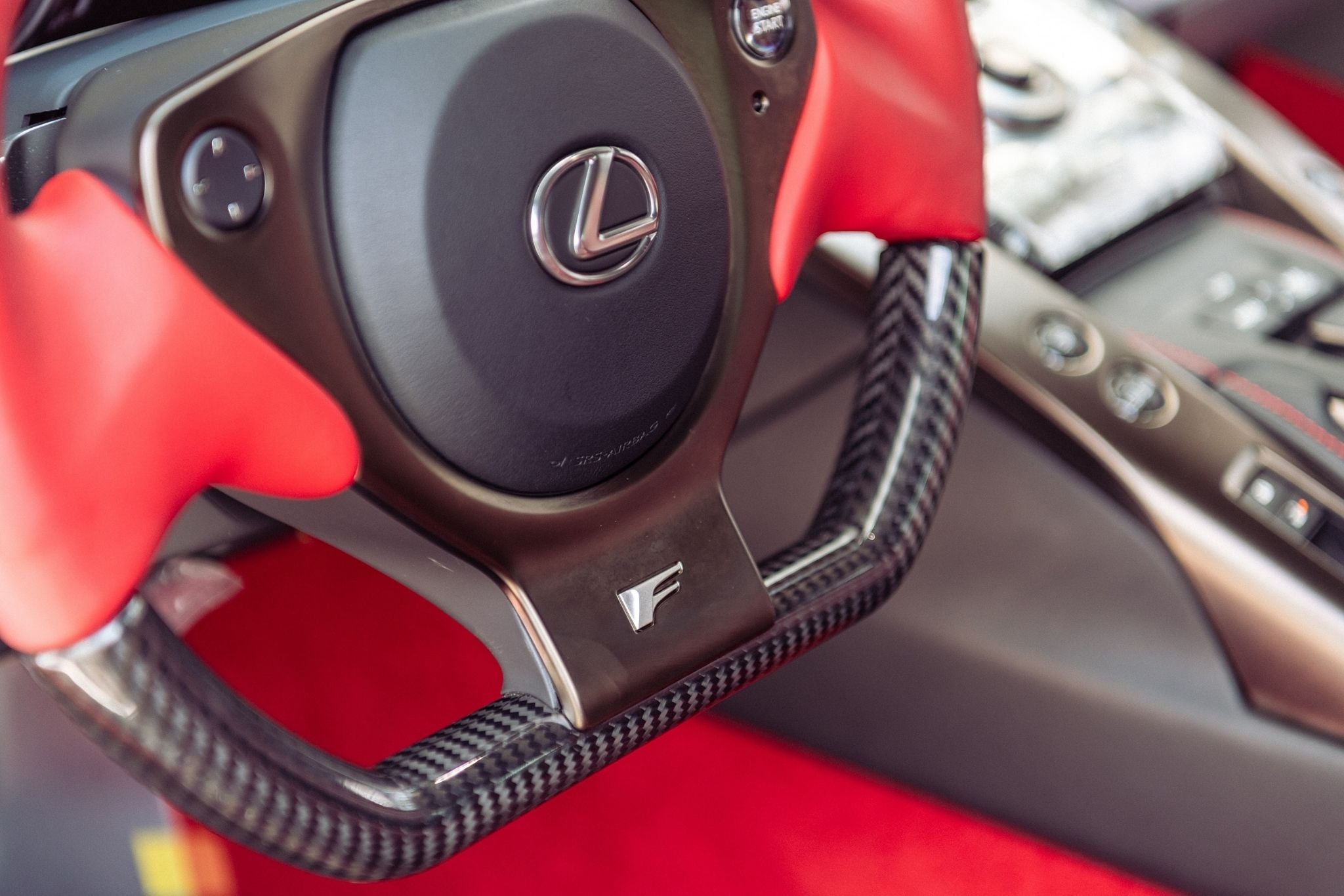 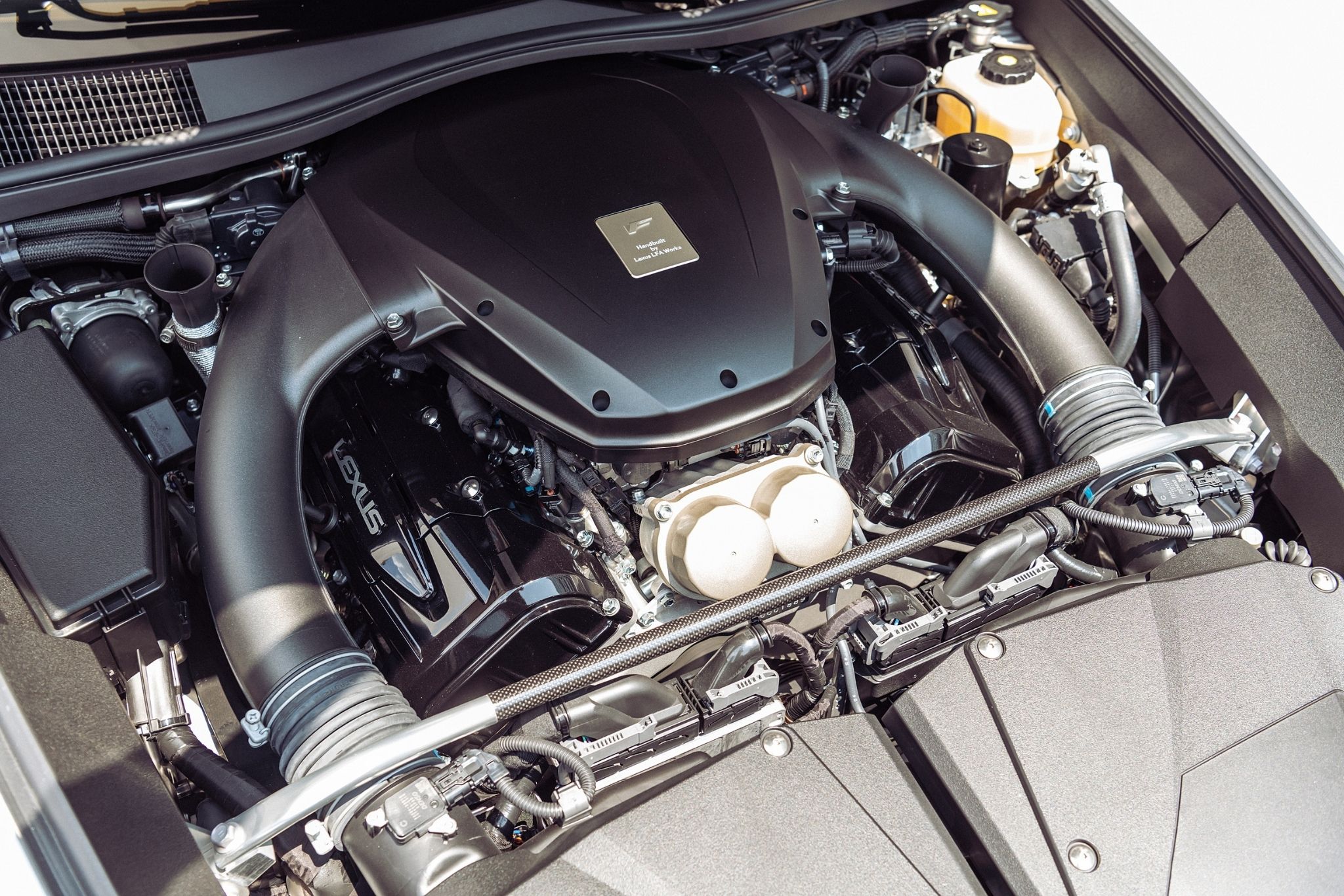 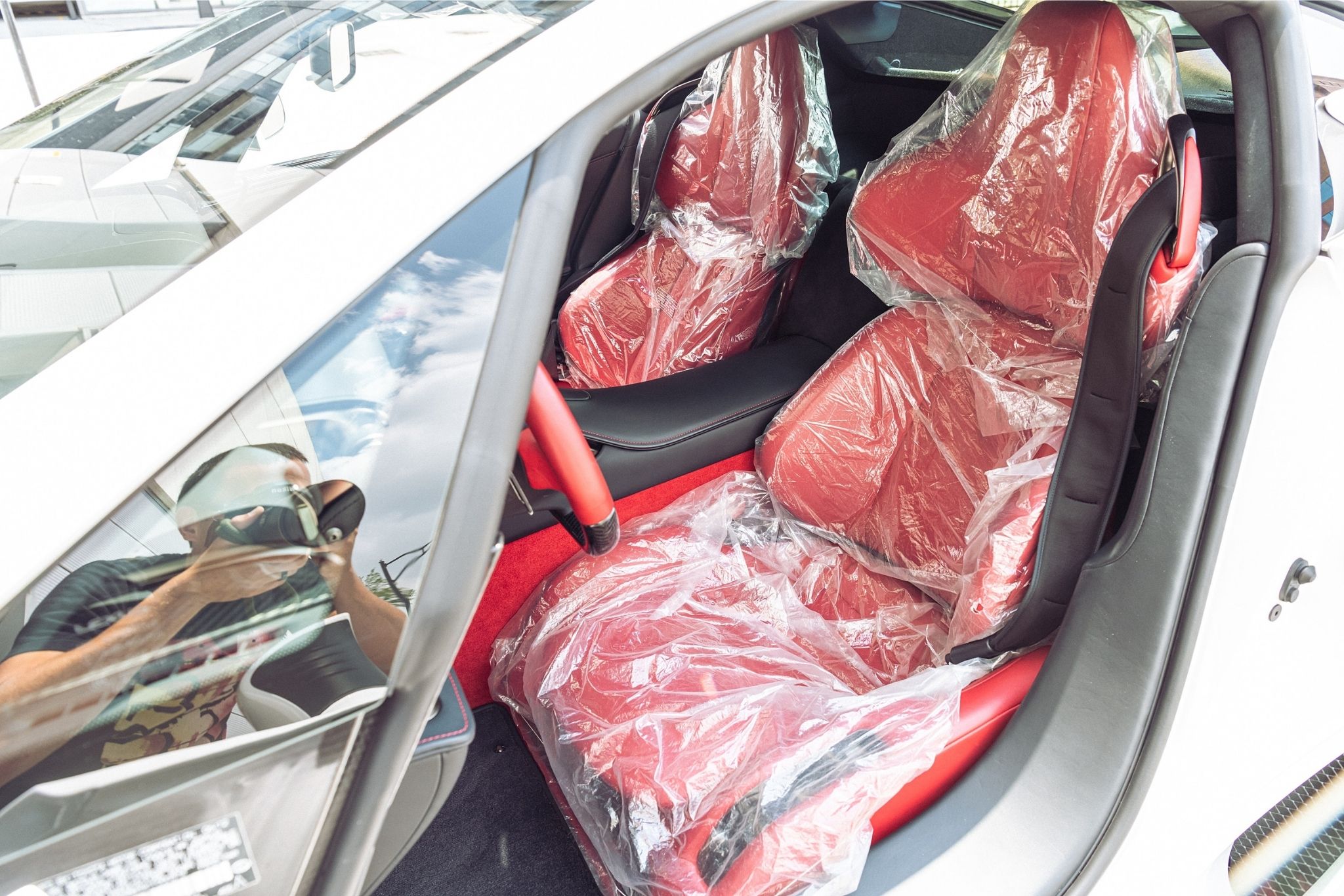 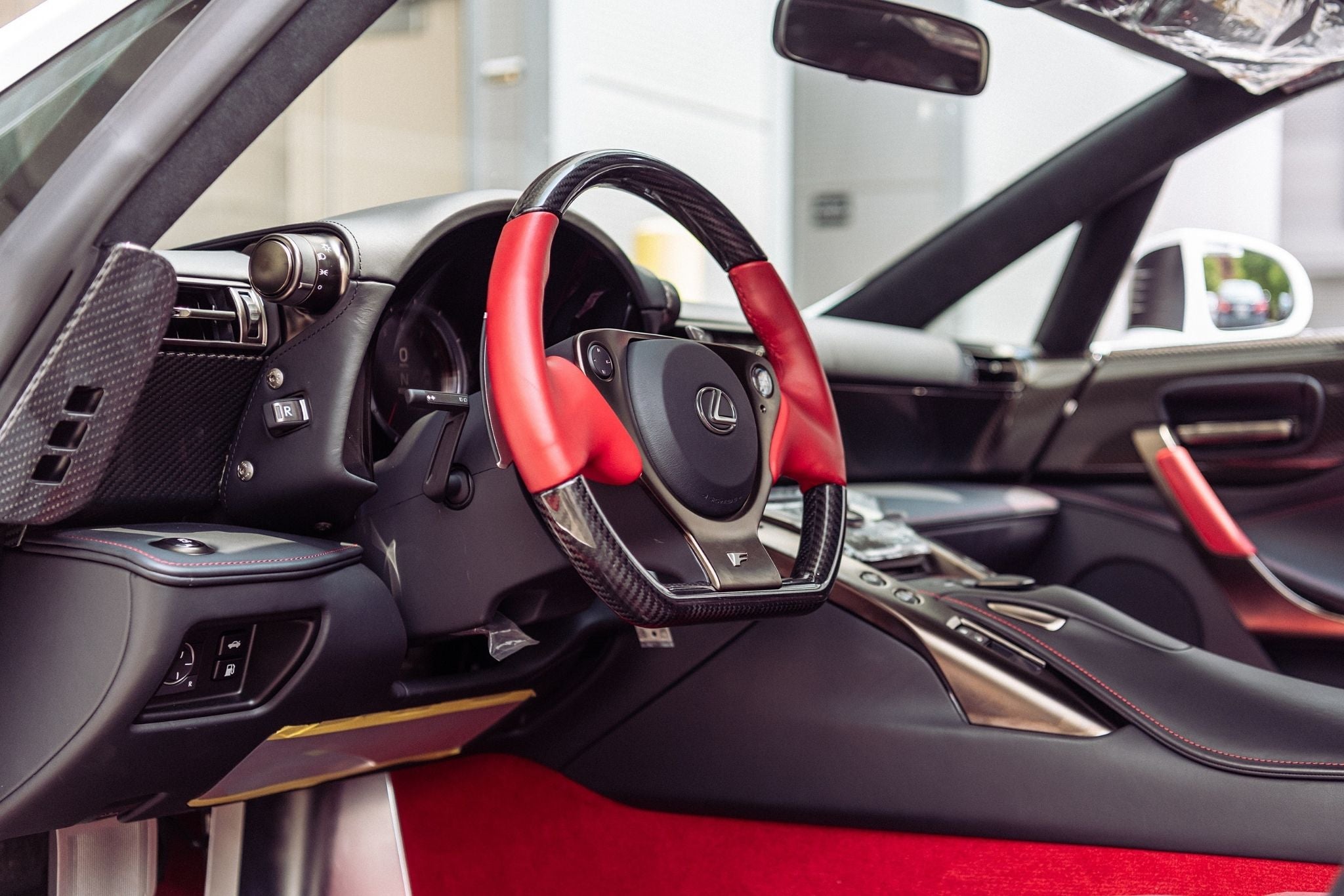