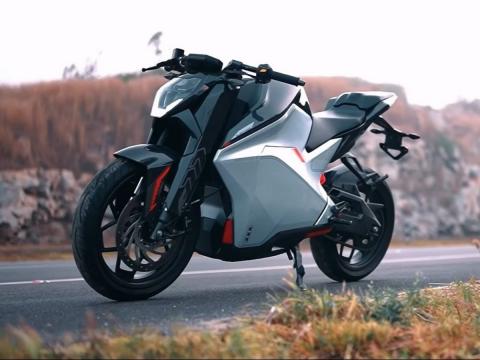 Ultraviolette has planned a phased roll-out starting with Bangalore.

Ultraviolette has announced the launch date for the F77 electric motorcycle. The bike will go on sale in India on November 24, 2022.

Ultraviolette has planned a phased roll-out starting with Bangalore. The company also aims to launch the F77 in Europe and the USA. It claims to have received 70,000 pre-launch booking interests from 190 countries.

The F77 will be offered in three variants: Airstrike, Shadow and Laser. The bike is said to be powered by an electric motor that has a maximum output of 33.5 BHP and 450 Nm, which enables it to accelerate from 0-60 km/h in 3.0 seconds.

The F77 is powered by Ultraviolette’s in-house battery technology. It gets features such as dual-channel ABS, adjustable suspension, multiple riding modes and regenerative braking; among others.

The Ultraviolette F77 electric motorcycle will be manufactured in Electronic City, Bangalore.