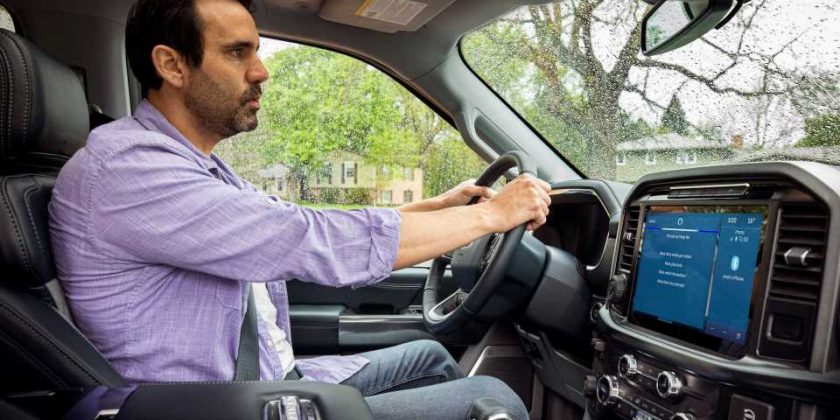 Ford Power-Up is the brand’s newly announced name for its over-the-air software updates. One major implementation of this tech is the introduction of voice-controlled Amazon Alexa that can even control your smart home devices from the vehicle.

The Ford F-150 and Mustang Mach-E with the Sync 4 infotainment system already support Power-Up. The Bronco is the next to get the tech, and the Escape and Super Duty receive the functionality this fall. Ford will make 33 million vehicles with Power-Up capability by 2028. 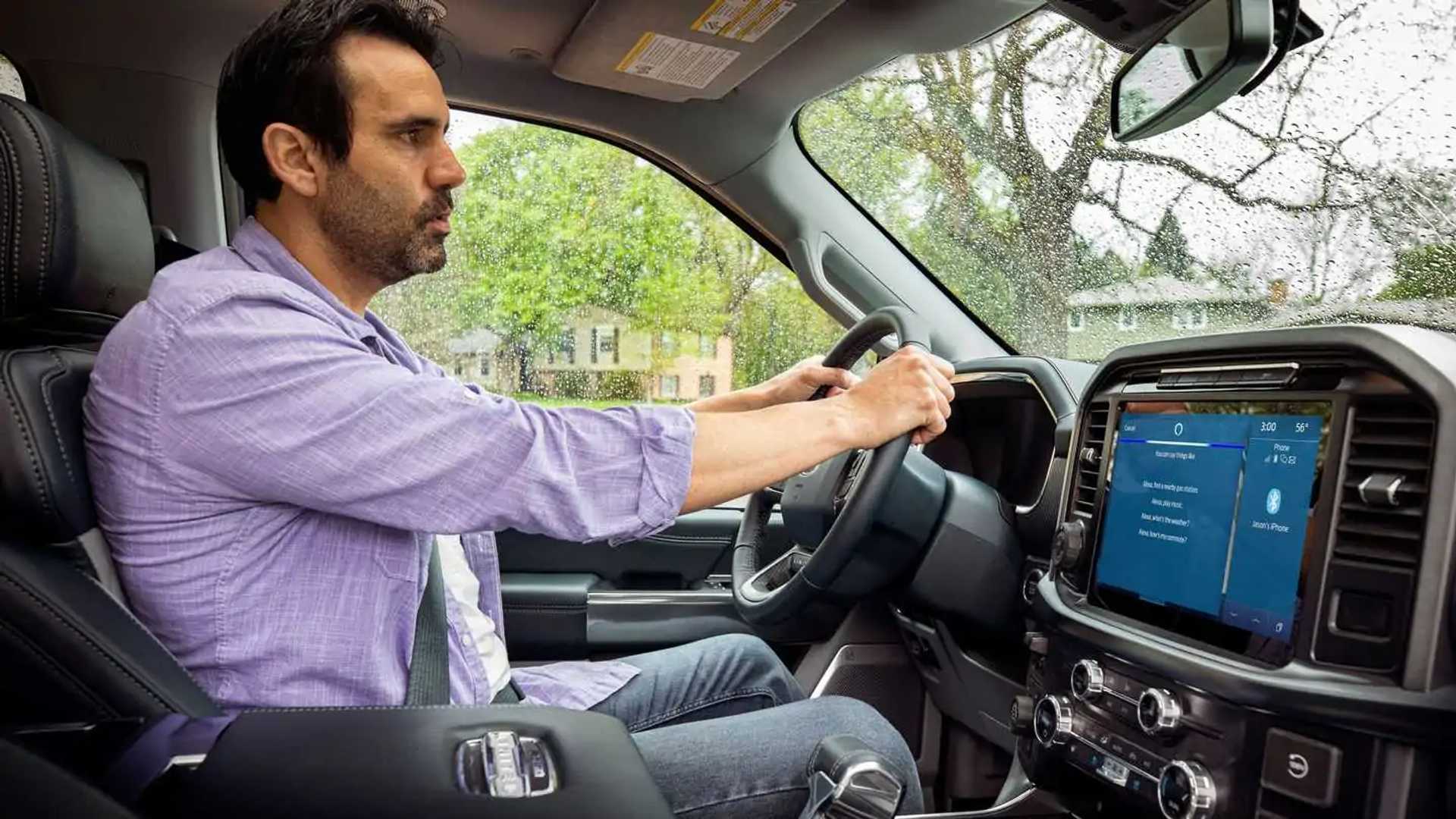 Upcoming over-the-air updates for the F-150 and Mach-E will include improvements to the navigation system to add destination suggestions and conversational voice command recognition. Plus, the Apple CarPlay system will be able to show turn-by-turn navigation on the instrument cluster.

Soon, the Mach-E gets an app called Sketch (example above) for its infotainment system. It lets owners draw pictures with their fingers on the screen. It could be a fun way to spend the time while waiting for the EV to charge.

The improved Amazon Alexa capability lets simply speak commands for controlling both the vehicle and other Alexa-enabled devices. Users get three years of free functionality. Afterward, owners have to purchase a subscription to retain the features. Ford isn’t yet disclosing the cost after the initial period.

Power-Up goes far beyond just improving the infotainment software because the Blue Oval can send upgrades to over 110 vehicle modules. The company says it can tweak any of them as long as the change doesn’t require hardware changes. When there’s an upgrade, the installation is generally seamless. In cases where the installation takes longer, owners can schedule a time, like overnight when they aren’t using the vehicle.

As an example, Ford used connected vehicle data to identify an issue with the F-150’s zone lighting. The engineers are also working on an update to fix a problem with the Android Auto connectivity in the F-150 and Mach-E.

If you want to know more about Power-Up, listen to Motor1.com’s podcast Rambling About Cars tomorrow where we interview Ford Director of Retail Operations Kate Pearce about the tech.